SNELLVILLE, GA – Was able to swing over last Saturday to Snellville from Kennesaw and the SBT Combine to take in some action from the Double Trouble Invitational at one of their sites, Brookwood HS.

Here are 5 guys who caught my eye over 5 afternoon hours:

Adonai Mussie | PF | Parkview | No Excuses Elite 16U (pictured above)

Distinctive Parkview flavor with No Excuses, and the athletes across the roster were as expected Panther-level. Long and lean at around 6-8, Mussie was an absolute eraser around the basket, and I love the way he gets up and down the floor like a gazelle. Saw him with Parkview this past season and was immediately intrigued, think he has star potential and a real chance to hone his full offensive game this summer and extend himself further from the basket. I think the range out to the arc is there and just lurking, and that takes him to the next level, a real potential diamond for the Panthers. 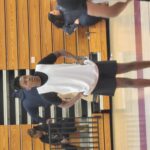 Here was Brock again making a statement after impressing when I stopped by a Tribe workout earlier last week. He was once again an absolute beast on the boards, tirelessly working on every miss and pushing and shoving his way to buckets or fouls. Guard David Culbreath-Martin was once again really impressive for Tribe, and Brock’s hustle together with all-out hustlers Joel Iberosi and fellow NG Dawg Alex Richardson makes for an interesting hybrid forward trio for Tribe. With some graduation turnover expected on the Dawg roster he has a real chance to force himself with solid play into the frontcourt alongside 2023 riser Julian Walker next year. 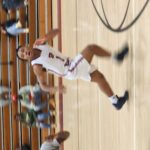 Immediately reminds of 2022’s Malcolm Noel (Peachtree Ridge) or Jordan Riley (Parkview) both in stature and in game-style, as he fights and claws and is all over the court trying to make things happen. Has nice floor leader instincts and enough burst to be a legit threat blowing by people. Among the better on-ball defenders I saw all day. Combines on SP Elite with fellow Patriot Mikey Tucker for a developing must-see backcourt combo this summer. 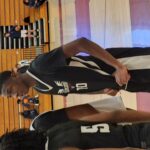 Have gained a real affinity for the Promise Elite org as their guys play so hard and go after it intensely on the defensive end, it’s a breath of fresh air when any of their teams hit the floor in an AAU world where coasting is sometimes too easy to do. Richardson was a grown man in spots inside, be it the offensive glass or positioning himself for the hoop and the harm. He reminds of guys like 2022’s Brandon Kincaid and Jeremiah Flournoy also out at Salem, as that program will be right back in the mix next year. Teammate guard Nicholas Robinson of Rockdale County had the highlight slam of the day in the same game, and is a high-volume scorer and another hearty defender to watch as well.

We’ll get to more of the pieces on this particular Select Fire group as the spring wears on, but on this day it was Montfort and his mix of high-rising athletic skill and soft touch from distance that caught my eye. So intriguing was he for a number of possessions I actually mistook him for uber-athlete Jordan Fordyce of Eagle’s Landing, possibly playing with the Fire again as an unsigned 2022 as he did last summer as an incoming senior. But it was Montfort, and he will require some attention this summer as I think he just scratched the surface Saturday of what’s in the package.