ATLANTA METRO – Fall Leagues are starting to heat up all over the ATL-Metro, and in my travels I’ve gotten to see a handful of transfers make early notable impacts for their new teams.

They’ll be more to see, but here are a few post-Labor Day:

Quickly emerging as the talk of the 2024 “transfer market” as he not only made a big impression at OTR’s Breakout Camp last weekend but also had an eye-catching June with Riverwood after moving from Berkmar and will likely continue that push with the Raiders down at North Atlanta’s Fall League in the coming weeks, so physical and such a frame as a sophomore the skillset is tantalizing with an array of inside-out attack packages highlighting strength and lift and incredible defensive versatility to guard the whole floor when needed, love him down in Sandy Springs in a future D1 backcourt combo with fellow 2024 stud guard Karris Bilal, both are monster risers. 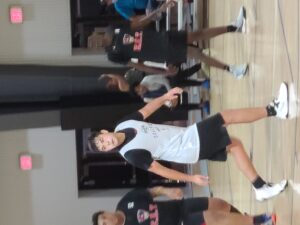 Among the more fascinating transfer moves north of the perimeter when Temple left Johns Creek HS for a Cougars team that had plenty coming back, he joins 2022 holdovers Tomiwa Adetesoye, Jordan Brown and Gil Matondo to form a base for what has to have folks excited off Taylor Road, in the versatility department Temple checks a lot of boxes as well with his good size and surprising movement, he often slides between forward and big guard to launch from the 3-pt line or get into the mix down low and catch with his back to the basket, loved his game the last 2 years and he’s made steady progress toward a bright future.

Speaking of 2024’s making a big push on the local scene there’s Brown from New Mexico to Tyrone, since June he’s done nothing but impress every time out be his work in June at GBCA Live or finishing up a strong campaign with the Atlanta Celtics, or more recently in fall league play at Banneker as well as our own Breakout Camp last weekend, I’ve spent some social media and content space here documenting how much there is to like about this naturally gifted PG-prospect and how he can affect the game in so many ways, surely stay tuned for more or drop by Tyrone to see for yourself. 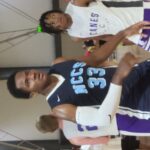 Arriving from Arizona Wilson has looked the part of exactly what the Eagles were lacking a year ago and that was confident and assertive post play, he’s really comfortable on the catch in close and uses a good frame to create space or bull his way up and through contact, he’s a rebounding and fast-break starting force for a team with perimeter stars all over the place who love to run, this could end up being one of the real sleeper teams in the Metro and surely Wilson (and fellow transfer 6-5 Samuel Ayegunle) will be a key frontcourt cog in that push.

Well documented how this roster underwent changes after the departure of Scoot Henderson to the G-League, size is the most important alteration for the Longhorns and it comes in the massive form of Gainseville-transfer King who has looked nearly unstoppable in close to the goal at LakePoint’s Fall League, he’s not just a large mass either as he’s got excellent feet and a nice arsenal of moves off the catch, can team with 6-10 giant and fellow-transfer sophomore Peyton Marshall for a mighty walled frontcourt and Kell has all sorts of fun combinations to play with when you add excellent returnees senior Dylan Cambridge and junior Aaron Smith.

Could easily have been 2023 Sandy Creek-transfer Eltramon Smith in this spot (whose upside is special) repping TCHS, Mincy though has been a pleasant surprise coming from a slightly under the radar Luella program and has showed off great skill at both ends as an ace defender in the Bulldogs heavy-pressure packages as well as a poised and smooth penetrating force to perfectly complement the scoring brilliance of senior Simeon Cottle, another playoff run seems likely with ability like this on hand for the folks down in East Point.