EMERSON, GA – Chris Hill and the folks with Elite Jr Sports are working hard to help kids from the northwest sector of the state gain recognition, his team came through OTR earlier this spring and was fun to watch.

Last week they put on a workout at LakePoint for some prospects in front of fellow evaluator Kyle Sandy and myself.

Here are some guys who were hard to miss: 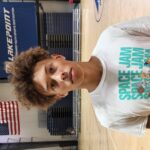 There may have been some bigger names present who’ve already made some noise on the GA-scene but no one there in my estimation has a higher pure next-level upside than Winters, in the 6-4 range he can run and jump and score from multiple levels, has good creativity as a finisher and isn’t afraid from the guard spot to get dirty at the basket, will be a player likely as early as this winter where coaches will have to make the trip straight up I-75 to have a look at this burgeoning star. 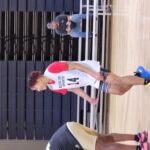 Leaving Chrisitan Heritage for LaFayette will certainly remove him from sharing the spotlight up in Dalton with the likes of fellow riser Jax Abernathy and others, his own special skillset has been on display in tantalizing spurts playing up with SEBA 17U this spring, when he’s running hot and in tune he can have moments like he did last week at LakePoint when he went on a personal 6-0 scoring run where there was no match for him on the floor, I especially like how adept he is at morphing between distributor and scorer from the 1, though scoring appears his top trait he can use the next 2 seasons to continue to show he can be a true floor general in the old school sense.

Not the biggest or fastest gut there but the effort and work rate was certainly noticeable, loved the decision-making as well as more than once those of us along the sidelines commended him on making the extra pass that usually led to a bucket for someone else, the defense was intense and the ballhandling was tight as he didn’t force but had plenty of pace to get by people. 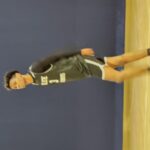 Burst onto radars such as my own last spring and fall when he took the Showcase circuit by storm, a little bigger and stronger now at 6-3 entering his junior year he’ll face potential challenges with a new staff coming into Cass but certainly possesses good size and a college-level skillset playing either guard spot, has a diverse scoring package as a true 2-guard and a forceful handle getting up the floor and at the basket as a lead man, among my favorite 2024’sa you might not know that much about and one to watch in June with the Colonels and again throughout the Showcase circuit.

Though a tad raw there was plenty to like about the body and hustle for this young forward, around 6-5 he fits well with what PCHS likes to do with their bevy of athletes playing pressure D and moving it up-tempo, runs the floor really well trying to get feeds or cleaning up misses, that’s where his athleticism is best utilized now until he develops more of a face-up game both off the dribble or knocking down shots from 15 ft and in, but made a mark on the evening for sure. 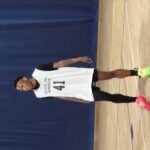 Didn’t perhaps have a scintillating evening across the board going head to head much of the night with Jackson but we know what he’s capable of after making a splash for me at Wood Elite’s Fall Showcase last year, great pure speed and glide almost like a running back as he rushes around, right there with Jackson in that  debatable and dreaded 6-0 category where kids can get ram-rodded for being too small for a particular level, but he can be a next-level lead guard with 2 more years of honing as he can score it, pass it and really defend it.

Heady baller likely isn’t going to catch eyeballs above the rim or cutting up defenses like some of the other hybrids on this list but we evaluators catch everything, at 6-7 bided his time well and found good spots to score from the perimeter or finishing efficiently around the basket in transition, the QB-prospect makes for an excellent wing complement with Smith handling it and even though it appears football is his future route makes a trip to Summerville up just shy of the AL-border a double-dip to look at both guys.

A little flash and plenty of moxie in his game as he was launching it from all over and driving it at the hole with aggression, made for a fun pair of electric scorers with now-departed 2022 Kam Callahan (who was present at the workout and is an unsigned 2022 to look at who can really score it), could benefit from slowing things down a tad and being a little more judicious with shot selection to garner more looks in a brutally competitive and shrinking shooting guard market for guys in that 6-0 category.