A few snippets on teams I saw in the early portion of the day’s schedule: 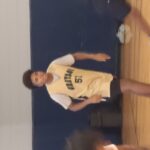 OUTLOOK: We covered Grayson coming out of the SH Report Jamboree the weekend before they came to ISA (see article dated 10/19), and they were populating this appearance with some of their up-and-coming young stars, many of whom figure to be rotational players this year. Taylor is well-documented as one of the top 2025s in the state, and again showed off his excellent feet and hands and understanding of scoring in close. The young guard duo of Mason and Gatlin II is excitingly athletic at both ends, with Mason more of the offensive half with a smoothness and poise that is noticeable at the 1-spot, and Gatlin the defensive whiz who has been locking guys up for the last 6 months with Tribe ATL as well.

KEY PLAYERS NOT PRESENT:  None 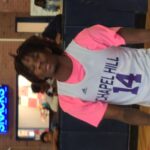 OUTLOOK: I was tipped beforehand there were indeed several key contributors not present, most of whom are coming up through the pipeline and will emerge surely throughout the season. Still, with the complement on hand, this Panthers team is a legit 5A contender in my view with size, length and athleticism at all spots. The foursome of Shannon, Doucet, Weathersby and Hunter is experienced, composed and skilled and provides a talented base for that run in what is sure to be a brutally tough 5A grouping once again. Shannon is a force to be reckoned with out there getting up and down the floor and above the rim, while Doucet is one of the fastest rising guard prospects in the ATL-Metro. Weathersby and Hunter are sound and solid, players who must be accounted for every time out and regularly affect possessions. Add to that veteran depth at guard and forward with Dukes and Howard, plus young guards Jones and Hutchinson may be undersized but showed off a lot of skill playing with the upperclassmen.

KEY PLAYERS NOT PRESENT: None 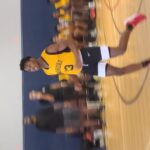 OUTLOOK: Moving from GAPPS to GISA is the logical next step in this small Conyers program’s ascension through the ranks, and while they may not look like much getting off the bus, their pace of play and skill-level continues to surprise opponents and produce winning results coming off a June where they did much the same. The youth at guard means this team is only going to get better, as Stebbins is already a college-looking prospect, and Sonson and Cameron provide speed, ballhandling and good decision-making to the up-tempo way they all play at both ends. Wright plays essentially as an undersized center, and with a great frame more than holds his own against taller frontlines, mostly with terrific effort, sneaky skill and a sly ability to get buckets in close using both power and finesse. Keep an eye on Ruffins, this was my first look at him and his inside-out game at a young and stout 6-3 was impressive and filled with physicality. 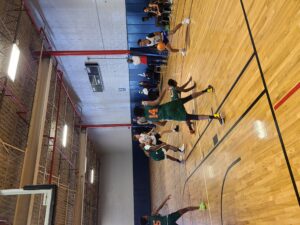 OUTLOOK: Lanier is playing football and his absence is felt even for this sneaky-good and well-drilled Bulldogs bunch. They have a lot of smart players who play the game right and hard, and they need it as they’ll be undersized and reliant on their deep guard play. Lanier is an elite scorer, and changes the way Axam, Willis and Cummings will play with his presence on the floor, but those 4 guards will all be something to deal with for opponents as the aforementioned smarts and schooling shows in the way they both play defense and dissect opponents. I expect them to be a pain in the neck for every single team on their schedule, as there are sure to be more typically tough Decatur guys on this roster than even those mentioned above. 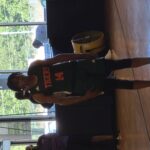 OUTLOOK: The Georgia Fire guys alone would make you think this team has to do better than last year, older and wiser the group of Dillard, Stead, Trammell and Mills plus some other athletic pieces means improving on last season’s 5 wins should be easy. Stead was in street clothes and completely changes the way this team will play with his penetrating style and steely leadership. Dillard is the next-level talent that has to carry this bunch, and he’s got the moxie and high-flying, attacking wing play to do it. If guys like Clark and a few names I likely missed emerge as key complementary pieces, I like the potential of what I saw from this group on the South side, joining the likes of McDonough, Dutchtown and Jonesboro as teams that can make a push on the other ATL-Metro giants.