We highlight 3 standouts from the 2023 group, and list 2024 names to watch out for, with snaps below of all the names present with contact info for head coaches.

Today's dominant performer in the 2023s has to be @DenmarkHS_Bball guard Chad Molloy (left), he was so tough getting at the basket with speed and power, while at @SoFo_Basketball watch for lean and long forward Demauri Brown to affect things for the War Eagles@OntheRadarHoops pic.twitter.com/v5VyZ4zJX9 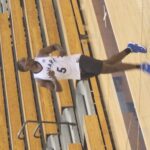 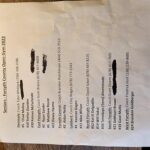 Finally able to wear the blue and white for the Danes after eligibility issues limited him and equally impressive 2023 big man Keinan McFarlande to JV only as juniors, had a dominant evening using speed and physicality to get to the basket with a flourish, loaded with confidence and smarts as a floor leader, under one of the state’s best tacticians in HC Tyler Whitlock and part of a backcourt that will include 2023 swingman Stefan Davidov (also had a strong showing), athletic 2024 Kell-transfer Josh Langefels and crafty 2024 guard Luke Jenson the Virgin Islander is primed for a big senior season for a DHS team that you’d better watch out for.

One of the most fun to watch 3-headed 2023 backcourts in the entire ATL-Metro will once again be headlined by Gagen & explosive 2023 SG Niko Wilson & Longhorn QB and flashy point man James Tyre, Gagen burst on the scene last fall with some early season performances for HC Clay Wages that were eye-opening and his game has matured as his body has, has tremendous shooting range that has seen him go on some 3-point barrages that rival anything in the area, but it’s the god-given burst to the basket that often both surprises defenses and stands out as potentially huge for his prospects at the next level. 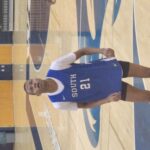 Very much an under-the-radar guy but one who had shown flashes last year as a bench player, the length and defensive athleticism will be huge assets for HC Scott Givens as the always solid War Eagles will again be a tough out every night with fellow 2023 forward Gabe Mullis and 2024 guards Brandon Mankin and Caleb Underwood also returning, stepping out and knocking down a couple of three-balls Monday night added some intrigue for an athlete that appears to be very moldable and whose best basketball likely still lays ahead. 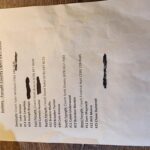 Coming out of the 2024 portion of the Forsyth Open Gym, saw some intriguing things in the Joseph Brown vs Cannon Hunter matchup, length both in arms and strides, and the kind of slithery attack that always catches my eye@OntheRadarHoops@EastForsyth_MBB @DenmarkHS_Bball pic.twitter.com/2IJ7mvIWUf