EMERSON, GA – The GBCA put on another tremendous weekend of Live Period basketball up at LakePoint this past weekend, 3 non-stop days for Division 1 coaches to be in the gym looking at our bevy of local GA athletes.

Here were some of the somewhat newer names you may not know well who emerged from the weekend, Part 1 of 2:

Could not be in a better situation for the former highly regarded Dacula product as he’s present on the emerging list instead of the forthcoming Can’t-Miss Guys only because his move to the Warriors sets him up to be an “emerging” huge force on the GA playoff picture, since 2 years ago when dominated several camps I saw him at he’s been a player with enormous possibilities, physical and yet fleet with the ball and without he can hurt you from any level with a soft J and powerful finishing ability, also plays above the rim with power or finesse and in a WGHS system under excellent coach William Witherspoon he can potentially really thrive this coming year an find himself firmly on radars of next-level programs. 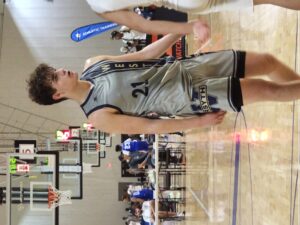 The true lengths to which Maynard’s game has emerged were on full display all weekend as the junior looks to step in for major frontcourt graduation losses, having seen him as a rising player with BCB and West last year just can’t say enough about how the work he has put in to become a true multi-level and polished scoring threat has come to fruition, and there’s more room to grow which is scary as he seeks to become a critical 2nd legit scoring option alongside rapid-riser and exciting 2024 guard Will Moore, Maynard is a must-know name from a local Forsyth County basketball scene that behind their superb stable of coaches has risen to an overall noteworthy status that cannot be ignored.

WD has plenty of firepower some of which will show up in my next piece on Cant-Miss Guys (see the electric Bilal Abdur-Rahman), but Weems caught my eye as an emerger first for the measurables as just a sophomore but also the mobility and activity level, playing alongside 6-8 2023 Amir Boyce he looked comfortable and an agile addition alongside the big and versatile senior, it will be interesting to see his offensive game move away from the basket in coming years as there’s a lot there in the other categories to like already. 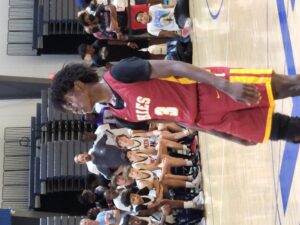 My work in the Johns Creek feeder system last fall and winter gave me early access to the emerging talent that is Hutcherson, now in Holy Innocents’ Red and Gold and appearing fully recovered from a knee injury that was still hampering him some last year it’s an easy call to place him near the top of early 2026 player rankings, he’s been purely dominant for Game Elite all spring and gives HIES coach Mario Mays a serious 3rd scoring option after Will Hopkins and Caleb Wilson, plays so much bigger than his listed 6-2 he almost seems like a power forward out there but that is really just his advanced game getting it done with an ease that surely caught the eys of D1 coaches who will be looking in on him while enjoying studs Hopkins and Wilson as well. 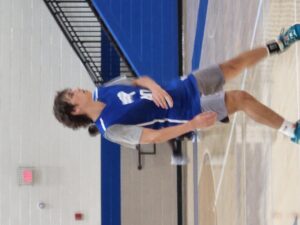 First it was SH Report’s Showcase earlier in the month and now he easily followed up that hustling and solid performance with more of the same at #GBCALive, this Walton team has more than just the outstanding Luke Flynn and Wells is at the center of that along with intriguing 6-7 senior forward Harrison Morris, Wells so ably can allow Flynn to play off the ball that the tasty options for getting Flynn going are fun to imagine, but Wells can score really well when Flynn takes over the ball and has a real feel for where to be and how to make the right read, a Team Dickerson 16U stalwart as well is one to watch coming up in July Live Periods.

Another name on the emerging list who already has a solidly established resume but with London Johnson having moved on and star classmates Mier Panoam and Samarion Bond often the focal point of attention it will be a season upcoming where more will be needed from the sharpshooting guard, always has shown confidence getting off his shot and has the size and super quick release to shoot over smaller opponents, his work this spring with Team Huncho has only bolstered an already rising profile and it’ll be fun to see him take on more for the Blue Devils as he’s got the skill and acumen to do it for sure. 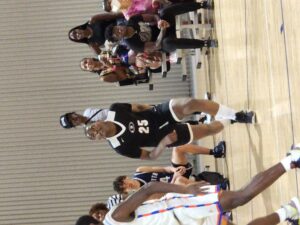 The immediate length stood out as he seemed to stretch for days out there and used it wisely with long strides to get from A to B and as an effective rebounder, there’s a ton of length on this squad with 2024’s Matthew Hinton and Joah Chappelle added to their top returnees and Fortune has a chance with the measurables and natural gifts to be very noticeable in that field, this is a veteran Bulldogs group as well with standout seniors like Jeremiah Edwards, Braxton Cooley, Adrian Avery and Damari Barthell alongside so it wouldn’t surprise me in the least to see this team make a strong run in 5A.