EMERSON, GA – The GBCA put on another tremendous weekend of Live Period basketball up at LakePoint June 17-19, three non-stop days for Division 1 coaches to be in the gym looking at our bevy of local GA athletes.

Here were some under-the-radar guys or somewhat newer names you may not know well who emerged from the weekend, Part 2 of 2: 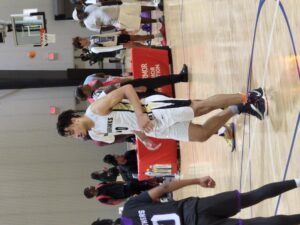 With as good a starting core as you’ll find anywhere in the ATL-Metro it’s frankly a tall task to single out any one player for the WarHawks, Nichols qualifies as emerging not because he’s been unknown prior but due to his combination of strong springtime play which lead seamlessly right into the June Live Periods, explosively athletic with more in the arsenal than just lift off the deck he’s also a tremendously versatile defender who can go physical on you or show off elite foot speed laterally as well, rapidly establishing himself along with Daa’vion Thomas, Amon McDowell and 2024 Keenan Gray as legit recruits and a lot more than just steals. 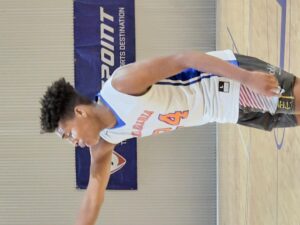 Joined by PG Trevian Callway to form a young backcourt nucleus to build around the Eagles also have rock-solid seniors Rashad Headges and Mehki Craft to steady the ship, Hatcher though has stood out first over the spring and as I’ve gained a healthy respect for the Columbia program so have I for its core talents, he can really get at the basket with a deadly combination of power and finesse which he switches between in an instant, that type of scoring versatility appeared to be a real problem for defenders and it’s my belief that were he at a more high-profile program he’d be talked about (with Callaway) as one of the real top near college-ready talents in the class. 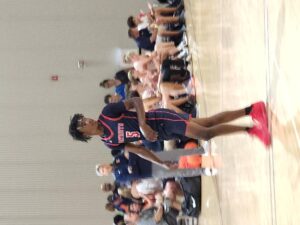 Is but one head of a three-headed 2023 backcourt for the Pats that boasts speedy PG Javonne Williams and SG Khalil Jones, the way PCHS plays can be relentless and filled with urgency and while Williams and Jones can be at the spearhead of that plan Chardovione also has the look of a cerebral scorer who has a good frame for the halfcourt attack but also can be lethal coming in off the wing in the open court, the shooting and ballhandling are solid making him an intriguing possibility for a next-level program at either guard spot at a legit 6-3.

No Lamarius and Quin Jackson for the first GBCA live weekend so Baynes was nothing short of spectacular in picking up the slack, could have easily been one of my overall top guys for the weekend but adding him as an emerging name suits him just as well, with his kind of size and a serious linebacker frame at 6-5 in playing a lot of PG for the Redskins he was at times a runaway train both in the open floor and commanding the ball in the halfcourt, got into the seams well and handled pressure as lead guy, SCHS lost some key guys from last year’s team that frankly was a state champion in most people’s eyes but with Baynes and the versatile Jackson twins as leaders this will be another superb group and will challenge once again. 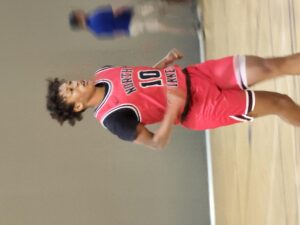 A fellow scout remarked to me while we were watching NG and asked, “who the heck is this kid making all these 3’s,” and my answer was a shrug of the shoulders as the Dawgs are breaking in a bunch of new faces to go with solid returnees Blake Seitz, Lane Vance and Julian Walker, the aggressive play by Florida-transfer Jones-Dicks was what immediately caught eyeballs as he looked comfortable and confident both as primary ballhandler and as a deep shooter launching from all spots and connecting at a high clip, such a quality program has the ability to reload so it’ll be fun to see who else emerges alongside Jones-Dicks. 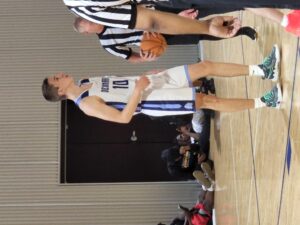 The Danes get back 2023’s Keinan McFarlande and Chad Molloy after eligibility issues forced them to play JV only last year and it couldn’t come at a better time as DHS had yet another round of key graduation losses, but this is Davidov’s team now and the sharpshooter looked in control and assertive as he wasn’t passing up open looks and used the dribble a lot more often to get into gaps for his excellent mid-range game, with his size and smarts and having a legit big inside like McFarlande he will get a lot of quality chances and should catch eyes this coming season. 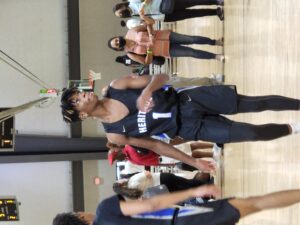 Joined by 2025 riser Jacob Wilkins on a new-look Patriots team perhaps no 2026 in the building was more hotly anticipated at least through my sources than the young PG, he lived up to a good deal of the hype with an advanced skillset and understanding that is indeed beyond his years, he’s a true scoring point with blistering pace and crafty finishing ability, and in that made some freshman errors that can easily be overlooked and fixed but takes nothing away from the enormous gifts he has many of which have been on display at the youth level for 2 years now, this youngster has all the markings of a top 20-type player in GA by the time he’s a junior.