ATLANTA, GA – Atlanta Xpress and Sports 4 Champions combined once again this past Saturday to bring to Mays HS the Georgia Hardwood Classic, following up their excellent UA Hard in the Paint Give Back Classic from late November. The event brought in some more of the ATL-Metro’s quality programs to match each other as well as vs. some out-of-state visitors as well.

We look at guards who played well from the first 5 of 6 games total on the day: 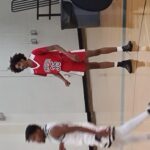 The Patriots have not been shying away from scheduling and playing in virtually all of the prominent Showcases in town and it will surely harden them for what will not be a cakewalk through the GISA playoffs, Brooks has waited his turn to break into what has been a talented lineup the last couple of years in Austell and he’s making the most of the chance, the lanky lefty shooter can get seriously hot from deep range but has shown a willingness and particularly on Saturday to use the bounce to get at the rim, Jelani Hamilton is their unquestioned star attraction and Christian Bacon hit the game-winning 3 in their OT win over Langston Hughes but Brooks was the man of the match for sure totaling 20 pts on the afternoon. 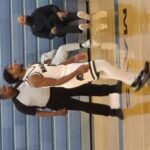 Kobe Davis had the big day scoring and did his part late in the game in their wild OT setback to Cumberland but Williams was the real catalyst on the day, he does it so effectively at both ends as he is a sound floor general on O and seriously gets up in your shorts at the defensive end, his 3-pt shooting has become much more of a weapon this year and when combined with Davis, Tim James Jr, Randy Latham and brother Jaren gives the always competitive and well-schooled Panthers another deep stable of backcourt fiends to hound you with.

Lee’s move to Solid Rock has not softened his rapid trajectory up the 2024 rankings boards, the uber-gifted scorer gets better with every watch following up another good performance he had back at Hard in the Paint, there’s confidence and moxie to burn to go with a burgeoning skillset and frame that will only both get better as he plays out the next 2 years, destined for a D1 career a little more of the same motor at the defensive end and he’d check all the boxes.

Gives Collins Hill’s stable of hustling athletes a commanding floor presence with the ball in his hands and one of the ATL-Metro’s best decision-makers, love the poise and experience exuded in his play as he can get you a big scoring night (16 pts Saturday) or seriously affect the game dishing out assists and getting thefts at the other end, no AJ Muller against Solid Rock meant more responsibility for the likes of Jayden Williams, Amare Banks and Kai McArthur but they were all terrific and gave so much effort to pull out the 3-pt W. 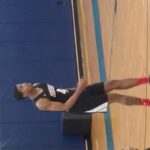 Was massive in a 4th qtr that saw Osborne turn it up to pull ahead for a tight win over Sandy Creek to  remain undefeated, there has never been a doubt about Littleton’s natural gifts or his clear understanding of what he does well and how he seeks to execute it, he sticks to his strengths using a cerebral approach as a scorer that will benefit him at the next level, this Cardinals team is deep with guards that can hurt you or knock down a big shot as Kyle Hanson has been terrific this year and you should never sleep on Justin McCarter or Jahmeir Chapman in key moments either. 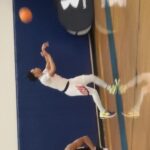 Speaking guards that can knock down big shots the Pats boast that luxury as well, leading their group for me is Brown although the likes of Vic Newsom (whose been so solid at both ends all year) and deeper into the rotation with PJ Green or Jaren Alexander can definitely hurt you, Brown though continues to show his quality and is emerging as one of my favorite guards in the class, just screams “basketball player” the way he goes about his business be it handling the lion’s share of ballhandling or showing off his A+ floater and mid-range game, defensively he’s top shelf as well as he can often be found locking up the opponent’s best player, it’s all there and is only going to get better as this team will return mostly intact next year after they first make a run at this year’s 3A title in March.

Slithery and tough to get in front of as he used both high-flying and slick maneuvering to get his buckets, the length at the guard spot makes him intriguing especially defensively where he’s a really good lateral mover and can shut down smaller 2’s, it was a choppy win over Mays but Perkins was a key factor with 6 big points in the 4th (14 for the game).

Losing Saulamon Evans early in the game to injury was a big blow for the Raiders, Williams though showed me some of the flashes I’d heard about as he’s been posting consistent numbers all season up to their setback to Madison Prep, I like his work as a floor leader and he’s got plenty in the arsenal from multiple levels when he’s on, had 9 of his 12 in the 4th as Mays sought to pull it out, Derron Lindsey II and Dreion Williams were pleasant surprises as well with Evans sidelined. 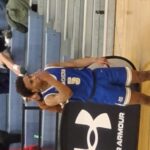 In finally comes super sophomore Airious “Ace” Bailey to the Indians lineup but Sparks just continued doing his clutch thing Saturday helping to hold off a late rally from FSUHS out of Tallahassee, all 9 of his 25 in the 4th were important points as he showed his maturity and composure in leading the mostly young Indians to victory, his damage from 3-land has become notable but also packs a punch into that stout 6-1 frame that gets him to the line and absorbs contact, teams with fellow senior Mike Jacobs in one of the state’s most underrated and under-ranked backcourts and one most coaches would gladly go to war with. 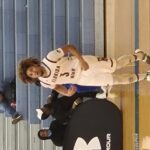 A lot of chatter in the stands prior with the Auburn-commit taking the floor at Mays, in the first half it was 2023 guard 6-3 Anthony Robinson II that looked the part of the D1 stud (as he has a chance to be), but after a slow start we saw some of what had gotten Donaldson to the SEC as he comes from a low-to-the-ground firing position whether it’s his jumper or getting at the rim, that strong lower half gets him off the deck like a guy 6-5 and he has the look of a shooter that can go off on high heat runs from beyond the arc, should be a good fit in Bruce Pearl’s system as there are hints of some Sharife Cooper-like tendencies in his game.