LILBURN, GA – The folks at Grayson HS put on another first-class event in a string of good ones we’ve had in the ATL-Metro over the last 4 weeks or so, and from it emerged a crew of names who’ve been making statements all season long, and some others who had big Saturday’s out in Rams country. 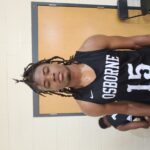 Carroll first caught my eye in a big way playing in the CTC Fall League out at East Paulding in August where he was just as active at both ends as he showed Saturday vs Providence Christian, there’s a great motor under the hood and an effort level that doesn’t subside as he keeps that edge all game long, runs the floor really well and capitalizes on feeds from the excellent cast of guard the undefeated Cardinals employ, is a strong and yet slithery finisher around the rim and rebounds like a much bigger guy, has the look of a steal on the recruiting trail despite sort of falling between positions size-wise.

Certainly senior Zocko Littleton’s dynamic play has been a big reason for the Cards 12-0 start, but you have to be impressed with the deep stable of guards on display with the likes of Kyle Hanson, Jahmeir Chapman, Kevin Hicks and rising freshman Akai Fleming all seeing minutes, McCarter’s at a wiry 6-4 offers excellent versatility particularly on defense where the Cards are fierce, he can spot up from the arc or use that length over smaller defenders, he can play some PG for you or be another wing weapon for a team that keeps coming at you with versatile personnel. 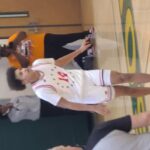 Really compact and textbook stroke to go with the good size and a football player’s frame (he plays that for the Storm as well), picking up even more slack with Chance Thacker out with a knee injury and I think the increased role will only benefit him as he preps for being “the guy” next year with Thacker and workhorse Tony Carpio gone, has the look of a scorer who can hurt you in a variety of ways as he can do damage around the basket as well, like all Storm guys is a willing defender and the upside has been and was very apparent Saturday vs a really good Osborne bunch.

Even before losing long-time compadre Thacker to injury we had seen the extension of Carpio’s shooting range and it was there again Saturday (getting a pair of 3’s), that aspect of his game has come after two long, hard summers of the kind of work he’s known for putting in, chiseled and filled with heart out there he never takes a possession off and will bring a grit and force of will to The Citadel next year that is sure to be as big a hit there as it’s been for the Storm and the ATL All-Stars. 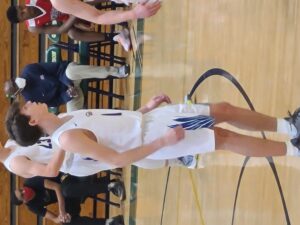 When watching the Eagles you’re always wondering how the 3-ball is going to affect the game as they launch a ton of them and have the gunners to do it, Hamilton has been a valuable bench tool and spot-starter for them this year and got silly hot on Saturday knocking down 7 threes on his way to 25 points in their win over Cumberland Christian, knowing full well both what his role and strengths are he spots at the arc and gets his shot off in a whisp, and when he and the other Eagles are shooting it like they were this past weekend they are tough to deal with.

We saw yet again the full gamut of skills at Rechsteiner’s disposal Saturday as he took on a rotating variety of Cumberland defenders and even with a slower 2nd half still dropped 5 threes and totalled 21 pts on the day, he draws a ton of attention even when he’s not shooting it as well as he did Saturday and that allows him to show off how good a distributor he is, his slick handle and burst into space opens avenues and his natural vision finds teammates in good spots to capitalize, don’t sleep on his defense either as he’s got the strength to body you up and the foot speed to cut off your attack. 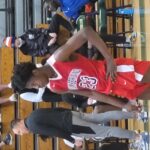 2023 stud guard Jelani Hamilton was excellent doing his thing once again but it was nice to see Chedlet get involved a bit more near the basket on O, he was active looking for the ball and equally active on the offensive boards against a smaller Etowah group, liked seeing him catch and get fouled in the halfcourt set or off the glass, he has good timing as a shot-blocker and isn’t a prodigious fouler, definitely a spot for him at the next level as 6-9 guys with his kind of movement and natural gifts aren’t walking the streets unnoticed.

Hard to believe in moments watching Tiller that he’s just a freshman, but the game is far more advanced than his age and we see a growing confidence in his work on the offensive end each time out, back during fall leagues he found himself sticking close to the basket but has steadily found his stroke from range even out past the arc, it’s not at all forced and adds a frightening dimension to an already athletically-gifted package, hos work defensively as is the case with the Pace culture as a whole is well-drilled and lethal as a rim protector, now clearly hard to deny his presence as top 5 player in the class and soon to be major riser in the national picture as well.