NORCROSS, GA – We move to Night 2 of the Hawks-Naismith Classic for 2021, this group of games Saturday from Norcross HS. 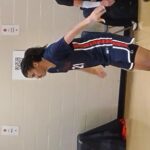 The Ole Miss-commit has the full array going against what is now a depleted Milton-team up front, finished with 25 pts and showed us some of the movement and smoothness that he brings as a finisher particularly when given space facing the basket, equally devastating is the catch-in-close deuces especially against teams that can’t match his size (of which there are few, as he added 10 boards for the double-double), he like this whole Berkmar team when fully engaged can be as a good as there is in the state night to night (4 guys in double figures with Jameel Rideout, Ahmed Soumahoro and Bo Hurns joining Ewin). 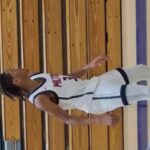 The backcourt combo of Carlyle, Bruce Thornton and Seth Fitzgerlad is an elite trio and is fun to watch particularly when Thornton does his unselfish thing (which he excels at) and bypasses his own offense for the benefit of the electric Carlyle, knocking ’em down from distance or exploding to the hole with a D1-ready scorer’s game makes for an evaluator’s dream night when Carlyle has it cooking and Milton is on your viewing slate, right there with Isaiah Collier for top 2023 honors in the class. 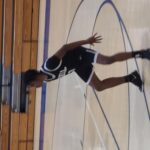 After seeing him play so well in the June Live Period and again this fall it was only a matter of time before his talent came to surface here in the winter, love the composure as a lead guard at a young age but it’s the shooting that separates him in the class, 25-feet is not out of the question when he’s bringing the ball up and that’s not a bad shot for him, five 3’s and 19 points vs a really good Sandy Creek defensive bunch was impressive in the Horns win and he combines with 6-11 Peyton Marshall (10p, 4b) for an exciting soph duo.

It was Mitchell Taylor’s length of the court lay-in at the buzzer which grabbed headlines but it was McKie’s polished and physical play up front that was Westlake’s key to the win over Norcross, he’s such a underrated critical piece for the Lions as he works and battles his way to production at both ends in manner that puts enormous pressure on the D and takes pressure off your other scorers (see 17p and 11r from Saturday), much like Jalen Forrest at Greenforest doesn’t get the due he deserves as a consistent and solid producer.

With London Johnson still out of town playing for the Jamaican Nat’l Team Panaom took over the lion’s share of PG duties, using the slasher’s-delight package he normally unveils from the wing he cut up Westlake’s D at several junctures and utilized the slick finishing and explosive leaping ability we’ve grown to love to be a factor from the 1-spot, it’s likely a better fit for him moving forward at the next level as he has better size for the point and a skillset to match it than he does as a potential low to mid-major D1 wing player.