TAVARES, FL – The folks at Hoop Exchange in Florida put on their big Fall Showcase Oct 2-3 at the appropriately named Big House 40 minutes north of Orlando, and schools from all over the Sunshine State converged for 2 days of hooping.

OTR was on the road on site for Day 2, and the fast-paced atmosphere was broken into a Team portion that pitted HS-teams prepping for the upcoming season and a more traditional Showcase portion of mixed all-star teams playing running clock games against each other.

Here are some performers I caught from games in the Team portion earlier in the day:

Great size for either guard position as he both handled the ball and came off the wing vs NFEI, smooth on the attack with a hint of ferocity and a frame to back up that on-call physicality, plenty of shooting range out past the arc, the foot speed was surprisingly good guarding smaller backcourt guys, has the look of an easy mid-major D1 prospect with upside enough to tickle some interest from higher D1’s. 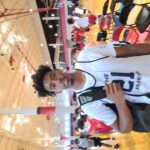 A top rim-protector with a soft touch on the J from the elbow in, good lift at both ends makes him a very strong rebounding prospect to augment the defense, right now a closer to the basket 4 but that’s still an in-demand item even in the age of stretch-4’s, pretty good with the ball out in the open floor for his size, deciding Oct 31 between Appalachian St, Charlotte, Georgia St and Morehead St. 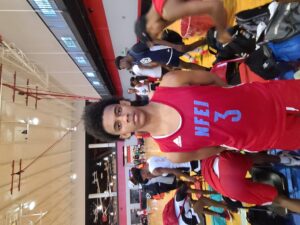 One of the better guards I saw all day in either session, long and sleek he had no trouble dicing up a good NBP club nearly at will as his long strides and slick moves are a handful at his size, he just doesn’t miss in close and has jets enough to blow-by in the open floor or slyly slow it down and lull you into a false confidence, he owns the mid-range as I didn’t see a ton of long-range shooting but he’s got big-time talent custom-made for the next level.

Deluxe shot-blocker and rebound devourer, the offense is best suited in close as his long arms and quick hops means he can be a force on the O-boards, the rest of the offense is in continued development to me but he’ll get a lot better quickly and be a solid college player, has picked up a recent Florida International offer and that fits his current skill package well. 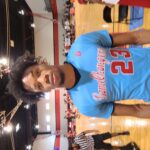 Teamed with fellow senior 6-9 Stephon Payne for a set of grown men on the Jackson frontline, the frame is college-ready as he was not shy about seeking out contact or dishing some out, a real beast right around the basket as he ate up rebounds vs Wellington, when he gets comfortable pulling it from 15 feet his numbers will jump noticeably, flying under the recruiting radar from what I see but he’s getting a ton of positive pub down there during Showcase season. 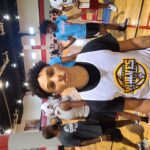 All kinds of moxie and fire as he took on all comers from a deep Andrew Jackson backcourt stable, quick pull from 3-land or showed off a nice burst getting up the floor or through traffic, the vision off the penetration was high-level and he showed off equally high-level on-ball D against that long bench of physical guards coming at him from AJHS.