TAVARES, FL – We polish off our Florida coverage of the Hoop Exchange Fall Showcase with 4 more guys who really impressed from the Showcase portion of the fun event at The Big House. 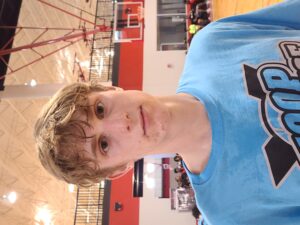 Certainly when you see Montverde’s name you pay closer attention much like we do in Atlanta for Pace Academy, Greenforest or St. Francis for example, long and lean but a good mover he epitomized the modern stretch-4 with a smooth and really dangerous jump shot from anywhere on the floor, the lack of weight on his frame was not a hindrance when he went up against big guys as he was maneuverable in close and had plenty of craftiness to get the finish, matchup issues galore with the length and skillset, the offer list already has the likes of Ole Miss, Tennessee, Seton Hall and USF among many other.

Like many showed off serious rise both finishing on the break and exploding through traffic, gets great lift on his jumper and with long arms that’s an effective weapon at 6-3, again like so many of the guards on hand can comfortably play either backcourt spot which ups his value even higher than it is already as a D1 attraction (earned Florida and VA Tech offers last month), the burst up the floor and the vision seeing gaps for that jumper were key facets of his day and I loved the confidence that he could get what he wanted against just about anyone. 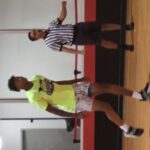 Like the notable athleticism length at the guard spot was also in high supply as Fuery used all of his 6-7 to his advantage playing as a lead guard against smaller, slower defenders, his finishing around the basket was particularly devastating as he was a catch and jam fiend and aside from frontcourt players on the help side he had no match most of the day on the perimeter, nice handle to be a big point guard at the next level and plenty of range to draw folks away from the basket, the overall package at his size screams intriguing potential for mid-majors and even above. 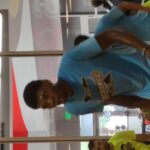 More from that 2024 class that was so intriguing, Yeanay has had a good fall down there from what I’ve read and the big body and want for contact are indeed hard to miss, right around the cup he was not to be denied and reminded me of an Al Horford-type as he play more like a 6-9 guy the way he can explode up and through people, snagged himself a St. Johns offer off the strong weekend with Hoop Exchange.