KENNESAW, GA – Kennesaw State Head Coach Amir Abdur-Rahim and his staff put on another highly competitive June team camp on 5 courts over 2 days this past weekend, and some of GA’s top returning and emerging talent were on hand.

With Will Kuimjian off to Mt Bethel it’s all Bleshoy as the main man at point and he didn’t disappoint as he looks comfortable for a young player and meshes really well with outstanding 2023 wing Ryan Luttrell, confidence and composure and a tight handle and good instincts both on the drive and pass make Bleshoy a fascinating one to watch in East Cobb following up the Will Kolker years. 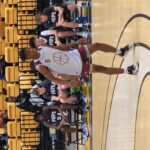 Backcourt mate 2023 Kam McCall had an excellent weekend as well and gives Wilkinson some relief from handling the main PG duties, off the ball it’s been well-documented of late how devastating a scorer Wilkinson has become and the mix of body, speed and skill is a brutal matchup for any squad, D1 offers are beginning to pour in as Ole Miss and Florida have been followed by Kennesaw St and Georgia St most recently. 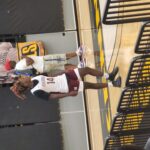 With rising 2024 Roc Lee coming aboard and fellow 2023 Jaiun Simon’s trajectory upward dating back to last fall it can easy to overlook the production and specifically IQ of Bell, love the way he stuffs the stat sheet playing either guard spot and often using a physical brand of ball to go down inside and mix it up, invaluable to this team both for his experience and versatility on board what is another new-look Falcons lineup with major grad losses and new faces getting set to emerge. 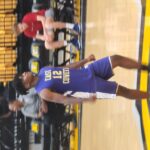 It’s been a steady 2-year climb for Colton from the first time I saw him light things up on the travel ball scene, now so mature and still so polished after playing highly competitive ball year-round and being involved with EC teams that were very good you can see him embracing the true lead role as a senior to be,  still has the speed and burst and can really get on tears with his shooting, a sleeper college prospect who will bring you a ton of positive intangibles to a program as well, 2023 guard Brian Gillespie was equally impressive on Sunday and bears a look at a stout 6-3. 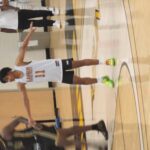 Coming off a great spring with Team Thad where we didn’t get to see him in town it was good to get eyes on this rising star and he was sharp and ready to roll at KSU, handles the lion’s share of PG duties with the Longhorns as Boogie Morgan plays more off the ball but what makes him so attractive is how good a scorer he is at around 6-0 from the wing, he can definitely be a D1 combo guard and give you minutes at both guard spots, a talent sure to gain more significant recognition when schools begin honing in more on 2024’s. 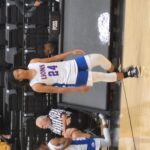 Has been really impressive this spring with HYPE Hawks and didn’t miss a beat getting back with his Lions mates as the shooting and more notably the leadership on a squad with some new faces stood out, he has become a money shooter when hands aren’t in his face and must now be marked every time down, the size and frame allow him to be a much more dangerous driver and he has worked on his ballhandling to the point where he is clearly more than just a bomber.