Suwannee, Georgia, – With high school teams practicing and preparing for region play, our focus shifts to prospects and teams that are poised to make the most noise during the winter months. Lambert High School hosted its’ annual holiday classic featuring many of the top teams in the Atlanta-Metro area. We take a look at several prospects who stood above the rest.

Maise got going early and often against Alpharetta on Friday, and didn’t slow as the contest went on. With his big frame, solid leaping ability, and constant pursuit of the ball, Maise was a terror on the boards all game. Even if he didn’t finish after the first rebound, Maise secured his own miss and then finally finished multiple times. His physicality and activity were very impressive. Not just a physical force, Maise also showed a nice feel for the game, especially in the 2ndhalf. Against Alpharetta’s zone, Maise made accurate, timely passes after catching in the high post, which led to numerous baskets for the Lions. He already has a multi-faceted game, but I am interested to see what else Maise adds before next travel season.

Clearly one of the best long-term prospects playing on Friday, Fricks had a nice showing against a Lambert team with size, length, and multiple Division 1 signees. At 6’8” with a soft outside touch, he created mismatches for the opponent and took advantage of what each matchup presented. Although he’s thin, Fricks did not hang around the perimeter all game. He maneuvered his way around the paint often for put backs, showing good anticipation and leaping ability, which he also used on defense. Fricks is also capable of putting the ball on the floor for straight-line drives and has the touch and length to finish. He seems to take what the defense gives him and understands where to be on offense. With his combination of tools, Fricks is definitely one to track as he continues to develop physically.

I first became intrigued with Jackson over the summer and after a pretty good game when I watched NG at the Jared Cook Classic, he took another step up on Friday. After a somewhat quiet 1sthalf in which the teams were tied at halftime, Jackson and the rest of the Bulldogs turned things up in the 2ndhalf. Jackson scored 20 points in the 2ndhalf alone and displayed solid decision-making with the ball in his hands. Things were open for Jackson to penetrate the lane and once he realized that there were holes in the defense, he continued to make things happen inside. His smooth, quick movements make it easy for Jackson to create off the bounce. Jackson has a nice deep jumper too, but in this one he did not stop exposing the inside weakness of the opposition’s defense. The buzz he’s starting to generate is warranted. 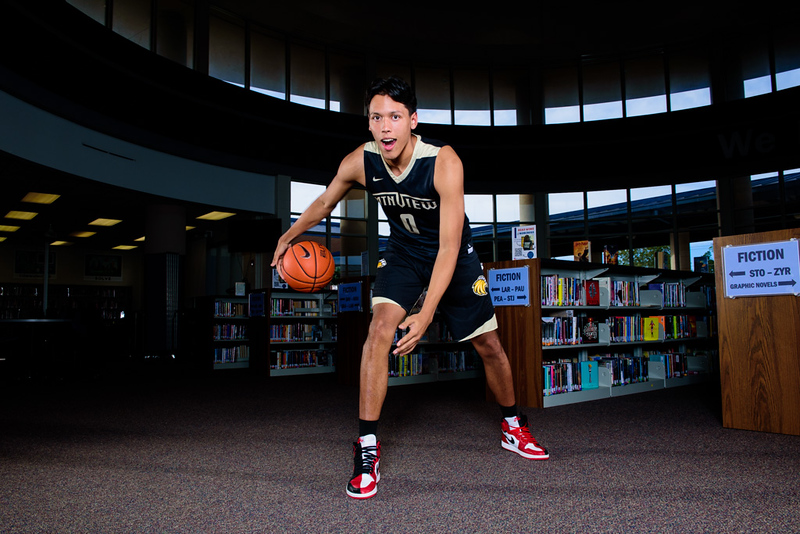 Alongside the aforementioned Wyatt Fricks, Akers-Kennedy gave Mountain View another productive frontcourt piece that was very valuable in their near comeback against Lambert. Similar to Fricks, Akers-Kennedy stretched the floor effectively during the Bears’ comeback effort. He hit 4 3’s after halftime and constantly came through when MV needed a big basket. Maybe even more impressive than his shooting is the motor and toughness that Akers-Kennedy plays with. He doesn’t mind getting traffic rebounds and plays physical defense on the interior even against bigger guys like the forward he had to face from Lambert. I also liked his willingness to hustle for loose balls. The hard-hat mentality that Akers-Kennedy brings to go along with shooting ability will give him some college options later on this winter.

Although he may be a guy that is more perimeter-based later on in his career, Griffin did a really nice job of operating the baseline and cutting off the ball for layups Friday against Alpharetta. There wasn’t anything fancy or flashy about his production in this matchup, he just kept things simple and go the job done, allowing him to be the Lions’ leading scorer in the game. While most players hesitate and/or take extra dribbles once they’re in traffic, Griffin went quickly to the basket, got his shoulder in between defenders, and finished high off the glass. Griffin already has a solid body and creates opportunities for himself by staying active and moving, which bodes well for his future. 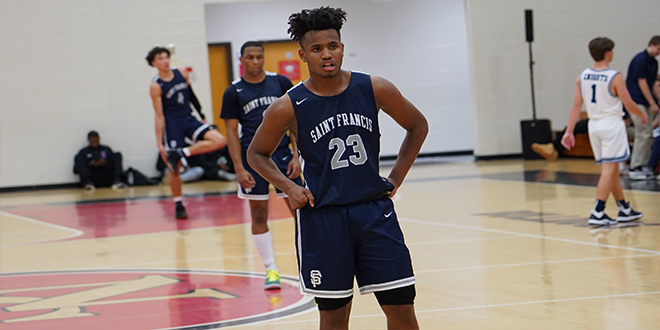 There aren’t many young scorers in the state that have the explosive capabilities that Brown possesses. Once he sees a shot or two go in, Brown can reel off 10+ points in the blink of an eye. His performance against Archer on Friday was similar to the one he had against Pace last month. Brown quickly found a rhythm after the game started, helping St. Francis gain momentum and build a big early lead. On a team with a guy who gets in the paint at will in Dwon Odom, Brown is extremely valuable as a reliable floor-spacer. He is always ready off the ball and is very confident in his offensive game. While he has proven to be a lethal 3-point shooter this year, Brown is equally effective creating off the dribble and has the body to succeed in traffic. It looks like Brown’s upward trajectory is just getting started.