CHEROKEE COUNTY, GA – We move to a new county this week as we continue our series looking at “Must-See” guys from the counties in and around the ATL-Metro. We shoot over to Cherokee, perhaps not always mentioned first on talent hotbeds in the area but has more than held its own of late in sending players to the next level. Several programs are in prime position to make deep playoff runs with a combination of grizzled veterans as well as a slew of upcoming star underclassmen. 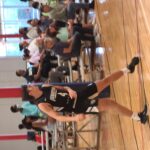 Perhaps no prospect has embraced the last 2 years (with Covid as an unavoidable interruption) and utilized the platforms at his disposal more than Wolle, a transformation of body and mind have accompanied a metamorphosis in his game where coming out of his sophomore year he was considered a spot-up shooter to watch to now boasting several D1 offers and an all-around offensive game worthy of that, the ability and willingness to get to the basket is a true weapon now and his classic pull-up game harkens back to an older time period and is a facet I know coaches rave about, he’s a tireless worker and moves firmly into a leadership position for a Chiefs team with all kinds of possibilities, as fellow 2022’s Kyle Keener and Fisher Mitchell join as headliners and rising 2023’s Preston Parker, Rodrigo Farias and Mason Waterbor are set for key roles.

As essentially the flagship program of Cherokee it’s no wonder Legacy would have multiple players featured here, Pierce like Wolle has had a remarkable transformation from summer of 2020 when I first laid eyes on what was a project on the court who frankly projected higher as a D1 pitching prospect, fast forward 15 months and baseball has been put on the back burner and D1 programs as prominent as SEC-member Ole Miss (an unofficial visit last month) have him on their radars, it’s no secret the tutelage of Legacy coach Josh Fitzwater has been a catalyst in this incredible tale of a tall kid with potential becoming a legit highest-level collegiate prospect at both ends of the floor, the defense both guarding the block and at the rim is indeed elite level, and the offensive variety includes jump-shooting all the way out the arc and savvy footwork that has come a long way in closer on the finish, like Wolle’s Sequoyah bunch there’s a veteran presence for this coming Knights squad with 2022’s 6-9 Jared Russo and 6-4 Michael Martinez joining Pierce on an imposing frontline, 2022 guard Grant Portera also is coming off a strong summer with Atlanta Wolfpack and gets more than capable assistance in the backcourt from a pair of risers in 2023 David Hansraj and 2024 Gabe Bolden. 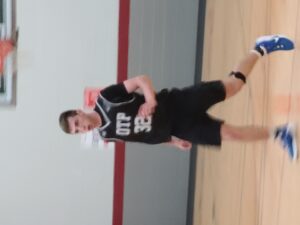 Call it 3 on this list of guys who have made incredible jumps  both in their skillsets and recruiting profiles, 15 months ago when I first met Hughes one could see the innate ability but hadn’t yet uncovered the confidence and aggressiveness that has now become a staple of a more mature and respected presence on the interior, like Pierce he’s received great tutelage along the way from both Lincoln Lahmann of Deep South Blue Devils as well as this past summer’s college-level work from Jack Shaughnessy and crew over at OTP, defends much bigger than 6-5 with a college-ready frame and really good instincts as a shot-blocker, looks much more assured as a mid-range jump shooter as well and that is key for an Eagles team which is perimeter-based, fellow 2022 guard Dajaun Devonish joined Hughes on OTP and had a terrific summer as well and seems poised for a breakout of his own, while a pair of 2023’s have been racking up offers after consistently outstanding showings for ATL All-Stars and if you don’t know the names of guards Mason Etter and Brandon Rechsteiner, you soon will.