CHEROKEE COUNTY, GA – We stay in Cherokee County for a part 2 look at “Must-See” 2023’s from the the 10th fastest-growing county in the state (7th in total population):

Got a quick mention in our 2022 spotlight as part of what will be an exciting and dangerous Etowah group, the whole of the key contributors for Coach John Dasinger are bursting with confidence coming off summers where everyone looked awfully sharp, Etter’s older brother Jaxon was before my time on the scene but anyone with the moxie to turn down full rides to walk-on at Georgia is a serious baller in my book and Mason was terrific as a freshman when I first saw him 2 years ago, his overall development has been everything you’d expect from a prospect with both the bloodlines and the natural floor gifts he possesses, the deep extension of his shooting range to 3 steps past the arc is monstrous for his profile, that together with more size, speed and power to the basket has created a package that by this time year will have more D1 offers to add to the Kennesaw State one he received back in June during an impressive team camp run. 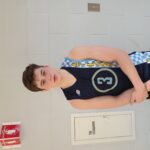 Have had the pleasure to get to know and follow Rechsteiner’s progression from seeing him with Atlanta Xpress last summer to his explosion on the scene with the All-Stars this spring and summer, Kennesaw State quickly jumped in with a June offer which was followed by Texas State, Mercer and Jacksonville State in July, that should continue as he’s established himself as one of the unquestioned top PG’s in the class and puts the work in both in strength/conditioning and on The Gun Shooting Machine, had a couple of shooting and overall scoring performances I saw that were nothing short of spectacular, they weren’t against walkovers either as he torched both Georgia Stars Select and Team Speights from FL at Prep Hoops’ A-Town Showdown with a flurry of 3’s and clever drives to the hole, the smoothness, the poise, the understanding, he’s got it all and the athletic stock in his family line isn’t too shabby either. 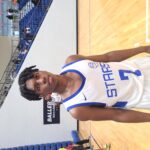 It can be difficult on a club with plenty of talent around you to stand out as there are only so many touches to go around in a summer, but I loved how Hansraj took advantage of his moments and showed terrific clutch shot-making ability, physically he’s come a long way since he too with was Atlanta Xpress last summer alongside Rechsteiner, the 3-pt stroke and supreme willingness to pull it at any juncture was always there but now he’s added bulk and quickness off the bounce and it’s made him a terror getting to the basket, nice defensive intensity and versatility to guard both backcourt spots is there and he looked so solid for the Stars every time I saw him, backed it up with a good June team camp with a Knights group that has a bunch of talent spread out across 3 classes. 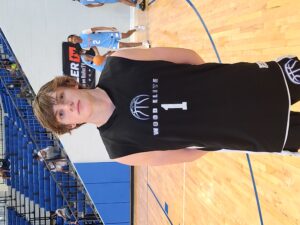 Highlighted Owens and got mentions in for both Bennett and Pope in my US Basketball coverage from http://ontheradarhoops.com/us-basketball-games-ga-standouts-pt-2-august-11-2021/, the lion’s share of key contributors for the Warriors will be coming out of this 2023 class (Dastin Hart provides size and frontcourt athleticism, while another 2023 guard Braylin Giddens stood out in June and offers more backcourt versatility), Owens (5-10) is your scoring PG threat and defensive whiz whose emerging maturity has been on display the last 6 months, Bennett is your scrapper (6-0) who nonetheless possesses plenty of scoring acumen and plays some of the heartiest on-ball defense you’ll find, and then there’s Pope who is perhaps the most intriguing wildcard because he has good size at 6-2 with an 8-cylinder motor, slides between either guard spot effectively, and can go on scoring blitzes from the arc or powering his way to the goal that are next-level worthy and will only get more dangerous with time and maturity.

I’ve been a Parker proponent since I saw Wood Elite work out way back in March, enduring the loving and at the same time tortuously intense coaching from 16U head man Spencer Dixon has clearly helped take him from a nice spot-up guy with potential to a confident scoring option for the Chiefs that will make for a deadly 2-pronged arc attack with senior Dylan Wolle, saw him both late in the AAU campaign and at the US Games representing GA be much more assertive getting his shot off quickly on the catch or capitalizing on openings to create his own shot, can carve out an intriguing role with capable guards (2022 Kyle Keener and 2023 Rodrigo Farias) who can get him the ball for quality looks, with veterans around him his foray into more meaningful minutes this fall and winter can be a real opportunity to make some noise on recruiting radars.