MID-FULTON COUNTY, GA – Moving up through Fulton, we linger in the urban portions of the county, just north of the airport, up the west wall of 285 and across the midtown area to look at players who play in many cases at smaller programs that might not regularly draw in big crowds or heavy media attention. 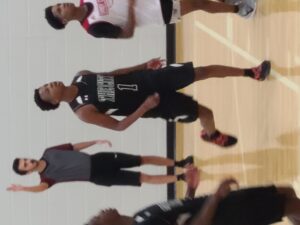 Much was made and rightly so back in June and as recently as this past weekend about Dawg guards Simeon Cottle and Kory Mincy, both are set for star turns in East Point and are the glue to a deep playoff run, but in watching Tri-Cities perhaps no player holds the key more than Smith, coming off a summer where he steadily improved and with that entrenching himself on recruiting radars he has begun to look the full part of the modern small forward who affects the game in so many ways, he can guard 4 spots and be a shot-blocker or passing lane interceptor, face you up and blow-by on the dribble, he can get searing hot from 3-land, he can back down guards and forwards alike and use great feet and style to score in close, and he can get you double-digit rebounds with his exceptional athleticism, to say his skillset impresses me seems understated as I think he’s one of the top risers in the 2023 class and more than capable of being a Top 20 player in a super deep class by next summer.

Every time I came across D-Favors this summer or saw they were playing where I was I seemingly always made a point to go watch them, a lot of that had to do with the depth of talent there with among others Mitchell Taylor (who joins him at Westlake) and Kaymen Brown also on that talented roster, but it was Heath who stole the show most days with his plethora of offensive weapons, for attacking guards who can live in the mid-range few were as effective day in and day out as Heath, while he has range out to the arc he seemed much more intent on breaking defenses down and with a clear shot to the basket he’d ride it, but the stop and pop and the willingness to locate a spot at 12 feet to knock down a dart was a feast to a former coach’s eyes, with his length at 6-5 he can be such a versatile defender at the next level and as a rebounding guard he’s a first-team talent in that area, he’s wildly under-recruiter in my view despite offers from respectable D1’s ETSU, Illinois St and Charleston Southern.

His football exploits are well-documented and that may end up being where his college future lies, but it’s always eye-opening seeing him on the floor, with Game Elite this summer he didn’t see the ball as much when I saw him with the likes of London Johnson and Jase McCullough mostly controlling the action, but he sneakily gets production and just knows how to make plays (much like the football playmaker he is), he’s a high IQ guy at both ends as his defensive awareness and ability to score effectively with either uber-athleticism or sound fundamentals is always impressive 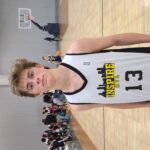 2022 Autry Barnes is the headliner down by Piedmont Park and I’ve documented well how much I like the 6-5 guard’s hustle, offensive variety and defensive versatility, but this summer perhaps no performance astounded me more than my first look at Kane playing for Inspire ATL at a tournament in Cobb Galleria, he had a 30-pt plus explosion filled with flair, creativity, vision, and smarts, a full array of skills that had oohs and aahs coming from the Inspire supporters, a deft handle, deep shooting range, eyes in the back of his head as a facilitator, a feisty disposition on defense that was all fight, and all of this in his first full summer EVER playing basketball, the interesting irony is with a bunch of veterans he may see limited minutes for the Knights but this is a star in the making who’s true coming-out party may well be next spring.

Caught his act on opening night in 2020 and was impressed right out of the gate, he’s come a long way since then expanding both his repertoire in close and his shooting range further out with Game Elite, already with a great frame for a sophomore he can muscle you out of the way or use quick moves to get by you, love the glass-cleaning as he works as hard there as anyone in the class, playing with fellow 2024 guard Tyrek Woods makes for a dynamic combo and worth a trip to Booker T to see both.