SOUTH FULTON, COWETA, FAYETTE, GA – Coming off of the 75 Corridor, we stay south of Atlanta and peek in on a few guys from the 85 Corridor south of Hartsfield-Jackson and points a little further east as well.

My AAU travels again kept me from scouring the south side areas and counties as much as my more commonplace northern ‘burbs exposure, but here are some guys I did see who are well worth a trek to the likes of Fairburn, Newnan, Sharpsburg, Tyrone and Fayetteville. 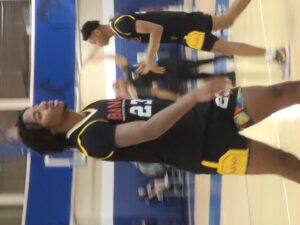 Was among the best players overall I caught at OTR’s Power 24 back in July, showed off a solid handle at his size which led to some overpowering and creative drives, caught it with his back to the basket as well showing off the kind of versatility that caught more than just my eye amongst coaches in the bldg, plenty athletic enough to guard 4 spots as his lateral movement was really impressive for a good-sized body, poised for a breakout kind of year with that attractive skillset list, LHS is a program that’s always a joy to watch for how hard they guard and how well they make use of their personnel regardless of size.

Davis was so intriguing with the Atlanta All-Stars last summer and continued his growth with another summer filled with uber-athletic displays at both ends, for a 6-footer can really explode off the deck to the basket, his blow-by using the bounce is as dynamic as any on the south side, plays both the lead guard and easily transforms to a dangerous wing threat both as a scorer and passer, like most Hughes guards is a tremendous on-ball defender with sticky hands, features in a fun-to-watch backcourt which also boasts fellow 2022’s Kyle Jones and Jorin and Jaren Williams, all 3 speedy penetrators and mid-range killers who eat and breath on-ball terrorizing and who epitomize the Panther way.

Caught a little of his 3-pt shooting display at the GBCA Session II where he dropped 16 of them total, plays a little longer than his 6-2 and despite not blowing you away with his foot speed still manages to get to the rim and finish with some craftiness, has the look of a player who sees an avenue to put his skills on display hand showed the moxie to unleash them, this is a confident-looking bunch coming off an Elite 8 run last year in 7A, Brown teams with 2022 Wesley Drake for what you can definitely classify as an underrated backcourt to watch.

This spot could have easily have been fiery, talented 6-3 2022 G Sammy Moss who truly embodies the underrated gems you see across the Metro-ATL area, but as good as Moss is it was Gillespie who was impossible to miss everywhere I saw him this spring/summer, the development has been staggering as he’s gone from a somewhat awkward-moving big body to a streamlined post-force who can not just get any shot he wants from 8 feet in but has added shooting range out to 18 feet that makes him even harder to deal with, superb feet and soft hands he’s also a terrific eraser at the goal as he was a top big man at a very deep Kennesaw St Team Camp in June, with Moss, dynamic CG 2023 Austen Colten and transfer Jordan Edun among a deep cast of typically hard-workers this Indians bunch can be a playoff threat in a deep 7A field. 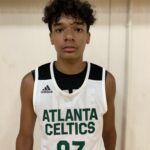 A lot has been going on in the Sandy Creek program with big names moving on from graduation and some roster movement (2024’s Amari Brown and Kani Rashied-Henry in), but Smith remains in Tyrone and is an easy choice for discussion as a top 5 2024 in the state, love the confidence as he attacks from all levels with a solid deep shooting game, plenty of burst off the dribble and a wiry-strong, above-the-rim package in closer, an absolute beast coming in off transition he’s also a superior shot-blocker, who if he adds even more size to an already lengthy frame could become an elite-level type swatter at the next level, 2023 guard Vic Newsom too is a skilled guard who bears watching and as was the case with Celtics 15U a lot of eyeballs will be trained on Smith and the Patriots gym this fall and winter.

Indiana-bound Kaleb Banks is the clear star and headline-maker down in Fayetteville, but every time I’ve watched the Tigers Kennedy has stood out, adding to his deadly 3-pt game it was great seeing him be much more aggressive back in June at LakePoint using the dribble to attack the teeth or show off some of his underrated passing skills as a creator, the 4A state runners-up lost a few key pieces from that run but there’s still plenty of talent on hand to support Kennedy and Banks in that quest for that title.