NORCROSS, GA – Some of the top 2027 and 2028 middle-schoolers descended on Summerour Middle school for NGS’s Elite 60 camp, and some names to know definitely emerged as there was equal parts impressive young size as well as some polished young guard play.

And here’s Part 2 (out of state prospects have home state in parentheses):

Played some for both Alabama Fusion and newly formed J Smooth Celtics this spring and summer, was a physical mismatch for most everyone he went against as he was able to bull past most and finesse past less attuned and fleet big guys, speeding train in transition and a good defender both bodying up and blocking shots, next step will be getting the jumper to become more of a weapon from 15+. 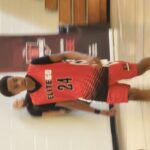 Natural lead guard instincts and excellent vision were the highlights for Goodlow who was calm and cool in finishing at the basket, among the more sound defenders on the day as he slipped into passing lanes and made life hard for ballhandlers, controlled pace and led the break well and has all the stuff to be the next solid PG for HIES. 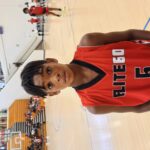 Joined several others from parts 1 and 2 as top shooters on the day as he had a few streaks where he was ticking the twine from deep with deadeye regularity, always ready to shoot on the catch but showed off some good space-creation to get his own shot, may have been among the more diminutive guards on hand but has nice tools and understanding with the ball and saw the floor really well. 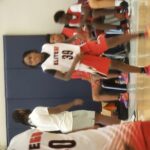 Like Anderson a bit undersized even for 7th grade but that meant little as he handled pressure and saw the floor like a seasoned vet, no fear as a penetrator or creator as he found others off the break and threaded the needle in the halfcourt, another good-looking shooter from distance and was a menace on the ball defending. 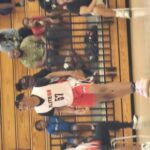 What struck me about Bratton was how he improved as the day went on making adjustments and finding better spots to do damage, that sort of clear adjusting impressed in itself but the rangy athlete has all kinds of interesting upside as he learns to score further from the basket, high-riser and relentless worker around the basket he has the look of someone who can build into something special. 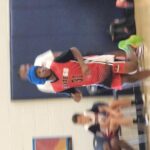 Played a sound brand of PG that was easily noticeable for both the calm and explosion he had on demand, used speed out in space to blow by folks but also knew when to slow down and dissect as a penetrator and finisher, just did a lot of things well at both ends and is a PG name to know wherever he decides to go to HS.