Atlanta, Georgia – Over 80 basketball prospects from the classes of 2023 and 2024 showed up to the On the Radar Hoops Breakout Camp. Media members from across the nation were in attendance for the camp. This was an ideal situation for up and coming players to show their skills.

He’s hard-nosed, competitive and fearless in his approach, not to mention a talented playmaker with some flair to his game. His most natural ability is to make plays with the ball in his hands. He’s got a tight handle, good quickness and the ability to both create for himself and his teammates.

Hopkins has a good size, length, and a matching skill to go along with it. He has all the tools to develop into a really good player. Hopkins is good in the open floor because he is confident in his ability to finish or facilitate. In the half court, he handles the ball with purpose and scores best with a balanced attack of his drive game and jumper.

Will Hopkins @whopkins24 is another 2024 with tremendous upside as a guard. 6’4 with long arms, Hopkins plays with poise and is a willing passer. @DemondStephens pic.twitter.com/mUxhYNkjDF

This freshman guard has a good combination of size and skill. Amir can make shots from multiple levels and only needs a little space to get his shot off.  He’s a solid basketball athlete with a good basketball IQ. While shooting is his main attribute he can also put the ball on the floor and make plays off the dribble. Good passer and a good handle round out his game.

At 6-foot-9, this freshman big man was one of the surprises of the Breakout Camp. Newland did a good job of blocking/altering shots around the basket.  Offensively, he scored off passes from guard penetration where he was able to finish around the rim and on rebounding opportunities.

Gudz is a tough lead guard that consistently gets downhill into the paint where he can find teammates or connect on mid-range jumpers in the lane. He scores in different ways and also draws fouls by way of attacking the rim in transition and in the half-court offense.

We had an opportunity to see Jobe last year on our middle school circuit, OTR Battleground. Jobe continues to get better each time we see him.  This 6-foot-7 forward is mobile with good hands and feet. He has a soft shooting touch facing the basket and he can score around the basket with either hand.  He can put the ball on the floor a couple of times and also seems to have a passing instinct as well.

William Jobe is a talented in coming freshman at 6-foot-7.

His size, skill level, and basketball IQ are intriguing for a player of his age. @jrayfleming @soh_elite

Lee is a tough combination guard with good size that excels off and on the ball. He is a very versatile scorer with the ability to distribute and make plays for himself and teammates. Lee can also defend both guard positions with any difficulty.

I felt that Lawson had the most upside out of the freshman campers on the day. Coming in at around 6’4, Lawson showed a bit of everything that his game had to offer. He made plays in the ball, he made plays off the ball, he scored in the post, and made excellent passes out of the post. Lawson was a shot maker when left open, and he was able to boogie against defenders to create opportunities when he put the ball on the deck. 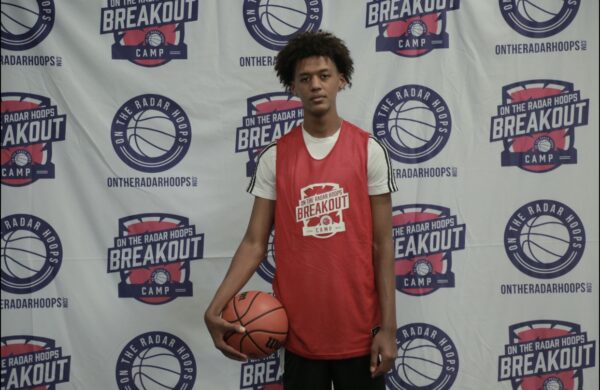 Clark is a long and athletic wing that excels in transition and is a good slasher that can also knock down the open three when his feet are set. He is a good finisher on all clear paths and competes on both ends of the floor. Clark has good all-around ball skills and is loaded with upside. He is loaded with offensive tools and has good upside.

Anderson is a complete point guard the can score in a variety of ways, run the team and set up teammates. He is strong and physical and has the ability to take over the game with his scoring and passing. He is good at feeding the post, drive, draw and kicking to open perimeter shooters and penetrating to finish or drop off.

Guilford is a guard that can hit the jumper from the mid-range and from behind the arc off the catch and with a couple rhythm dribbles. He excels on the break by running the floor and in the half court where he can get to the basket.