AROUND THE ATL METRO – Coaches around the ATL-Metro have come up with the great concept of showing off their seniors classes in an Open Gym format in front of coaches and evaluators.

OTR recently dropped by two of them, hosted by West Forsyth and Mill Creek respectively, here are some impression-makers from the evenings (all players are class of 2022):

Kourtland Tolbert | 6-3 | CG | Denmark >> Playing more PG lately, good slasher and can be a high-riser given some space, has the frame and athletic ability to be a combo guard prospect that can really get stronger and better as his college career goes on, when the motor is running hot can be a bunches scorer, 6-8 transfer Nordin Kapic didn’t have his best shooting night but remains a skilled stretch-4 who has a big body but plenty of movement and ballhandling to be threat inside and out. 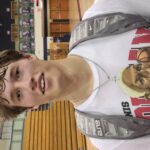 Grant Moore | 6-6 | SF | West Forsyth >> Among 3 from West on hand and combines with 6-7 Jake Mooney in a skilled and versatile frontcourt, Mooney showed off some nice work on the dribble drive we hand;t seen a ton of while the uber-athletic Moore showed us his expanded shooting range out to the arc, that was a revelation which changes the look of Moore’s profile to me as he can be so dynamic in close to the basket and above the rim, don’t sleep on Wolverine 6-3 SG Caleb Lesch as he too used the dribble more to accent one of the sweeter shooting touches in the whole Metro area, high IQ guard that like Mooney is set for a big breakout.

Oscar Lynch | 6-6 | SG | Pinecrest Academy (pictured above)>> Has always been a favorite of mine with his great size for the 2-spot and ability to score it so many ways, can put up big numbers with the 3-ball or he can finesse/bull his way off the wing or elbow and eat you up at the FT line in the process, rebounds like a forward offering you backcourt-rebounding that is always a bonus, enough foot speed to guard both 2’s and 3’s, will be a 4-year gem for whoever lands him. 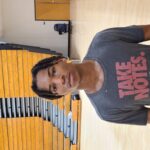 Malcolm Noel | 5-11 | PG | Peachtree Ridge >> Great acumen on the floor as he epitomizes a floor leader, poised and controlled he is fine in a pass-first mold but has plenty of scoring talent to get you buckets from the PG position, makes sound decisions, elite on-ball defender, teams with 6-3 CG BJ Djibo to offer lineup versatility and plenty of veteran moxie, Djibo had a few wow moments getting off the deck and using his good handle to create space for step-back J’s, worth a trip to Suwanee for these two and the rest of the always hard-working Lions.

Amaru Grosvenor | 5-11 | PG | North Gwinnett >> One of the better and more consistent scoring-PG’s I’ve seen since the Summer season ended and Fall activity got underway, always could score it but have seen him turn on the full-PG package at both ends which will be so entertaining with the NGHS pieces around him, big shooting guard Thomas Allard was on hand as well and we know how he can stroke it from distance, great size at 6-5 and surprising lift as well finishing on the break he has gained so much confidence off of the last 2 solid summer campaigns, with the likes of RJ Godfrey, Dylan Gary, Duke Clayton and Blake Seitz among others the Bulldogs are stacked and primed for a run in 7A.

Kaden McArthur | 5-11| PG | Collins Hill >> A shrewd move to the Collins Hill for the former Grayson guard should prove fruitful, built tough in that under 6-foot package he’s a savvy, wise floor general who has a lot of experience under his belt and uses it in looking really confident running the show, there’s shooting range and speed off the bounce to go with the key intangibles, forward Aleem Lee and guard AJ Muller joined McArthur in attendance and were typically Collins Hill-tough with high work rates.