Here’s the first group of four to come who created a whole bunch of buzz all weekend in the Sunshine State (in no particular order, GA guys have high schools in parentheses). 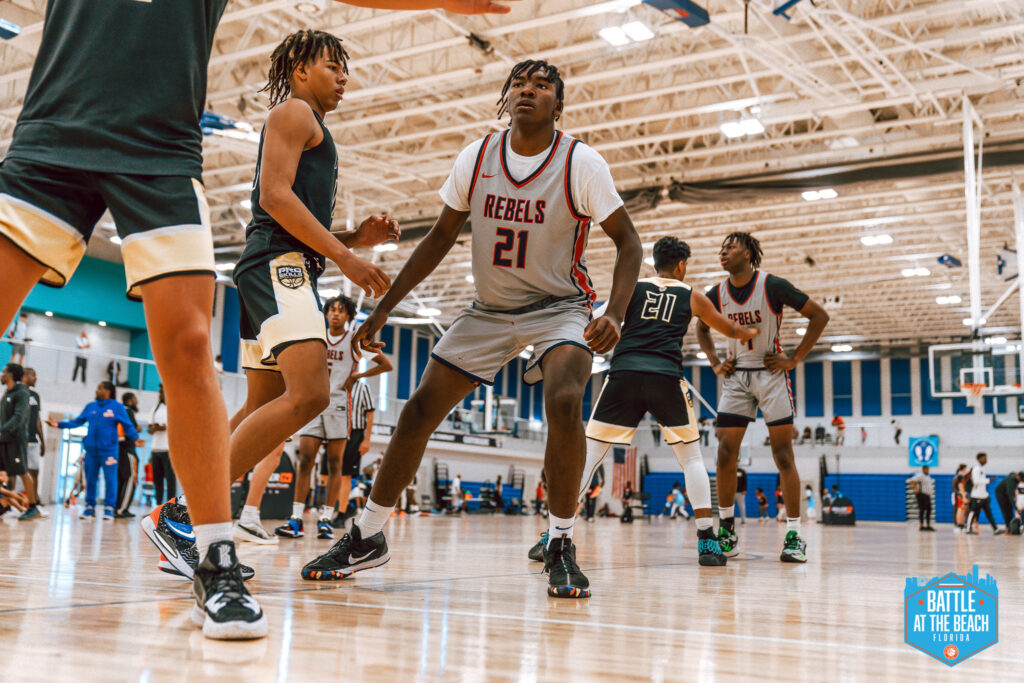 It was a Rebels kind of weekend as the marquee program on hand did not disappoint and will feature multiple names in this notebook, Knox once again just like in Daytona with OTR was a deadly combination of mean interior play and high-flying antics as the Rebels can be downright devastating on athletic skill alone, Knox is the full future D1 package with shooting, defending and rebounding albeit in a slightly smaller package than older brother former Kentucky star Kevin.

@fl_Rebels 16U has a few different faces here at #BattleattheBeach from when we've seen them of late, but two regulars Karter Knox and Elijah Elliott are looking sharp, Knox plays above the rim and mean, and Elliott's lead guard instincts stand out@OntheRadarHoops pic.twitter.com/mU7jIjhPhX 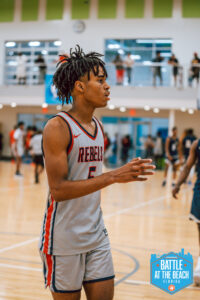 With such depth of talent on the 16U group in particular it can be hard to stand out and the guards for the Rebs can be easily overlooked with the frontcourt talent slamming and jamming their way through games, Elliott looked sharp and decisive in a lead guard role handling a lot more of the ball alongside the always fun to watch Daniel MacGregor, Elliott projects as a potential mid to high major PG with still a year more of seasoning and a jump shot that doesn’t get talked about enough.

It’s the pure speed and pace that immediately blow you away when Murray gets going out there as he combines good basketball senses with elite athleticism, not the biggest guy but fits well with what the Hawks are doing down there with guards galore who can all run, jump and guard you.

It's the push and the pace that separates @SBT2024 Marquan Murray at times, the @HillgroveMBB guard has a relentless motor but backs it up with serious athleticism, and with the ball in his hands creating or hustling on D he can be a notable factor#BattleattheBeach pic.twitter.com/Ofu6eoSJed

An arc assassin Brown was poised and ready off the catch with a sweet release and makes a high percentage from deep, had had some monster games upwards of 30+ knocking down treys in high volume, good size for the wing around 6-3.

@PSBTampaBay 16U has been spreading the solid play around the roster all spring, earlier vs Tony Bradley Christian Brown (left) had a scalding hand again from range, while speedy guard Nicho Dimes was a presence all over the floor hustling and causing havoc#BattleattheBeach pic.twitter.com/S8m5DEzsuj 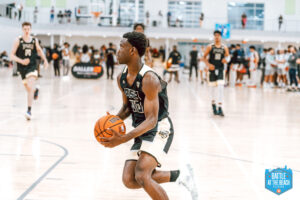 Speaking of speed and pace much like SBT’s Murray above Simes plays a similar brand of blinding push up the floor and at the goal, also in the under 6-foot category he makes up for that with good leaping ability and good lead guard instincts to go with superb on-ball defense.

Didn’t get a good look at the Indiana-commit the weekend prior in Gatlinburg but got several good looks in Florida and the hype is real, playing on a team with what is likely 5 or perhaps more future D1 players much is made of his scoring ability and he showed that off against a variety of opponents but it was his passing that really impressed and will be a formidable weapon with the rest of his toolbox in the Big Ten.

Much is made of Gabe Cupps the scorer and rightfully so as the @MidwestBBClub 17U guard and @IndianaMBB-commit can fill it up, but on Day 1 at @OTRHoops #BattleattheBeach it was his passing that screamed elite as he picked apart PHS Academy like a QB dissecting a secondary pic.twitter.com/O7Aqbgu9dT

Has rapidly evolved into one of my favorite players of the whole travel season as the 6-4 hybrid guard can play and guard 4 spots and score from anywhere inside halfcourt, isn’t necessarily going to wow you with athletic gifts but there’s more than enough there to be a dangerous weapon across the floor and is taking himself and his recruitment into a much higher stratosphere with his play with us and everywhere else since March, came down with a non-covid sickness after Friday night and missed the remainder of the weekend, PSB gunners Will Willard or 2024 Austin White playing up easily deserved mention as well launching and making a ton of 3’s all weekend.

Tre Lockett doing Tre Lockett-things once again for @PSBTampaBay 17U as he plays & defends 4 spots and can score from anywhere inside halfcourt, while @TeamParsonsCP25 Gold 17U PG Kent Jackson is composed and polished and has really good burst off the dribble#BattleattheBeach pic.twitter.com/YEH9XSyS2K

“KJ” was a weekend eye-opener with his dynamic PG-play as he can be a shredder and cut up defenses with surprising burst and a strong understanding of how to score it or he can play classic point and be a precise distributor and hang back at the arc for long-range bombing, wasn’t a ton he didn’t show in putting together that eye-opening weekend.