NORCROSS, GA – OTR’s Breakout Camp is one of the highly anticipated events within the deep Showcase calendar of our year-round basketball bonanza in Atlanta and the state of Georgia, and with a lot of chatter already circulating since March surrounding the 2025 and 2026 classes it was even more energized around Norcross HS.

For the 2025 class we already had several impact freshmen from a season ago who are set to take huge strides as sophomores for their schools, while the 2026 class holds similar intrigue as fall leagues begin to heat up.

The camp featured quite a few big guards and forwards 6-6 or bigger whose names you’ll be hearing a lot more of as early as this coming season.

Offers up a lot of wow moments with the natural package after making some waves with a senior-laden Generals squad this past winter, there’s off-the-deck explosion and smooth movement on the perimeter as he can take his act inside and be a force closer in or show off excellent range and a pretty jumper, as his focus and energy gets rolling at a brisker pace with maturity it’s going to be something to see and even now has the look of a player who’s beginning to really get it and with 3 years of HS left there’s a ton of scary upside here. 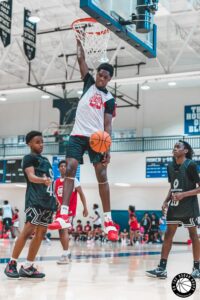 A great frame and fluid movement which impresses in drill settings as well as out in the open floor and it was easy to see why folks were asking me Saturday about this next Greenforest big to watch, a bit smaller than his current high-profile Eagles teammates but no less dominant in spurts near the basket and he possesses a bit more natural and finely-tuned offensive variety than the 2023 crop in Decatur, again not quite as long but has good defensive instincts as a shot-blocker and when gets going with a head of steam you do not want to be in the way, a breakout candidate for sure this winter. 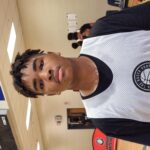 Here was Taylor once again following up his outstanding freshman season with the Rams and a stellar spring and summer to follow with another strong and steady outing before a ton of eyes who all love what they see, each year he’s gotten leaner and swifter and added elements to his game after announcing himself as an 8th-grader to watch, like this whole list the sky is the limit with 3 years of HS-ball left as he’s showed off better shooting range to go with some really advanced catch and shoot moves around the tin. 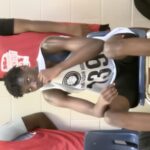 Look out for this Washington team this year as Bynum joins a 2024 class that has been on the rise for 2 years now and is primed for a breakout of their own, long and lean but able to absorb some hits it was great seeing him take smaller defenders down low and do some work with his back to the basket as we know he can really stroke it from distance, would love to see him put on 15 pounds through the season and before next spring because he can catch a ton of eyeballs with the measurables alone but adding a greater physical element to the tools on hand ups the ante big-time for recruiters. 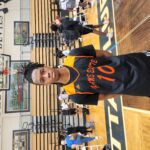 Arguably this past travel season’s top “Emerger” for me in the 2025 and 2026 classes as I saw a fair amount of 15U and below ball and few if any impressed on such a regular basis as did Carter, I’ve mentioned to other evaluators he’s got top player in the class kind of ability and much of it he hasn’t even unveiled yet, the weaknesses are mostly “maturity-related” in that he has an already gifted multi-level skillset that is sure to vastly improve with age and experience and it’ll flat-out be hard to miss how good he can be from game to game, all 5 guys on this list are high major prospects.