NORCROSS, GA – OTR’s Breakout Camp is one of the highly anticipated events within the deep Showcase calendar of our year-round basketball bonanza in Atlanta and the state of Georgia, and with a lot of chatter already circulating since March surrounding the 2025 and 2026 classes it was even more energized around Norcross HS.

For the 2025 class we already had several impact freshmen from a season ago who are set to take huge strides as sophomores for their schools, while the 2026 class holds similar intrigue as fall leagues begin to heat up.

Let’s go next to some wings that were impressively versatile, physical, and most notably deadly effective. 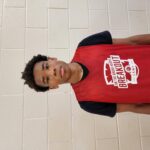 Not hyperbolic to say he was quite possibly the best overall performer I saw all day, big guys catch a lot of eyeballs in drills but when we got to live play Leonard was all over the floor guarding 4’s and then bringing the ball up as primary ballhandler, he can sky out of the gym with his natural gifts or bear down and make you look silly off the bounce with raw ability, deep shooting range well past the arc is available as well and along with 2024 Raiders teammate Karris Bilal makes for one of the best backcourts in the ATL-Metro. 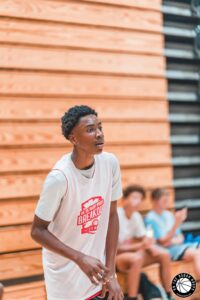 Another guard from Breakout who no matter where I saw him he was a standout as his spring and summer with the Atlanta Celtics spoke volumes as well, there’s an ease of movement that gives him both a glide and an explosive push with the ball, he seems half a step ahead at times using both an obvious high IQ approach to augment terrific physical gifts, early signs point to a do-it-all guard with seriously high-level potential whose ceiling isn’t being touched yet. 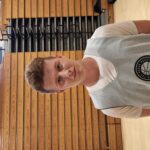 Young’s size at this stage to go with a real understanding of how to find opportunities immediately stands out when I watch him, at 6-5 but a good mover he can get into space with the bounce or work off the ball and slyly find his way to an open look, the work going at the basket is also an underrated weapon as he was a multi-level beast playing with Norcross Heat this spring and summer as well, this Brookwood program is pointed northward and Young will be at the center of that under its new regime. 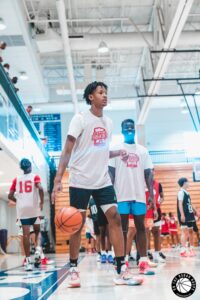 His size in warm-ups had folks tapping me on the shoulder for an ID and he didn’t let anyone down as he had a noticeable day, playing with AE5 I caught him in the spring and he popped right away along with teammate Carby Martin (see below), uses his size well to take his act inside where he’s a matchup nightmare for other 2’s but has enough handle facing up that he can be a downhill force with a stout frame, has the look of the next big thing from a really solid FCHS program.

Had the pleasure quite often of catching Game Elite’s 15U bunch all travel season long headlined by McNeill, Christain Curl, Aiden Weaver, Connor Staphylaris and Ethan Carter among others, what fascinates with McNeill is the exceptionally noticeable IQ approach as a pass-first guy who seemingly always has the right play in mind a half step before you do, but sleep on his offense and he can hurt you from multiple levels with speed, deep shooting and cunning on the carve-up, can guard and play both guard spots for you with good size making his future upside even more appealing. 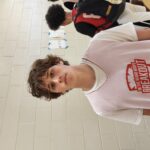 Told me after his first game at Breakout he didn’t have his best stuff as a knockdown shooter but what I told him I loved was how he kept getting after it and trying to affect the game any way he could, it was clear later in the day that he could flat-out stroke it as he worked the wing like an assassin always ready to pop it but more than willing to ball-fake you up and out on his way to the basket, the Nashville-product is a good passer and ballhandler who moonlighted solidly late in the summer with ATL T-Wolves after standing out for Team Thad and Pro One as well.