NORCROSS, Georgia, – The Super 64 Camp featured several players that we predict will play high major college basketball and have the potential to compete beyond even that level. This has been true of OTR camps since its very first fall showcase that featured Wendell Carter as a rising freshman. He then went on to be the eighth pick in the 2018 NBA Draft. More recently, the Super 64 Camp featured Jonathan Kuminga who was drafted 7th overall in the 2021 NBA Draft. Are there prospects from this camp who could reach those heights? Only time will tell.

Here is our second edition of standouts from the 2022 Super 64 Camp.

Ace Bailey is considered by many to be the top prospect in the state of Georgia in the class of 2024 and undoubtedly one of the elite in the nation. After his showing last weekend, there is little reason to doubt this opinion. Of all the prospects at the camp, the McEachern forward possesses the skills that will translate quickest to the next level. His 6-foot-9 frame brings length, athleticism, and agility that is unique. He can play along the frontline as a defender and rim protector and has the footwork and agility to become a switchable wing as well. His offensive toolbox is filled with things like range to the 3-point arc, open court handling to lead the break, and the ability to attack the rim with the dribble. What caught our eye the most, however, was how engaged he was on the defensive end. He actively blitzed ball screens and was engaged as a defensive rebounder. Bailey brought the energy and put his best foot forward in this camp.

2024 Ace Bailey @AiriousB is a mismatch problem on the floor.

At 6'9 he can handle like a guard, create for himself from the wing, and rebound. High ceiling prospect. @BigTre42 @AOTBasketball

There has never been a better time to be a stretch-5 than in today’s game. Class of 2024 William Jobe fits the mold of what many coaches are looking for in a big man. The King’s Ridge 6-10 center brings the combination of length and shooting ability. Jobe’s frame continues to fill out as he matures. What stood out from his performance at the Super 64 Camp was his willingness to battle and box out on the defensive glass. Jobe projects as one of the top players in the state currently.

William Jobe @WilliamJobe14 has shown his trademark jumper and soft touch. Can fit him on several spots on the court offensively @DemondStephens @TeamDickerson1 @OTRHoops 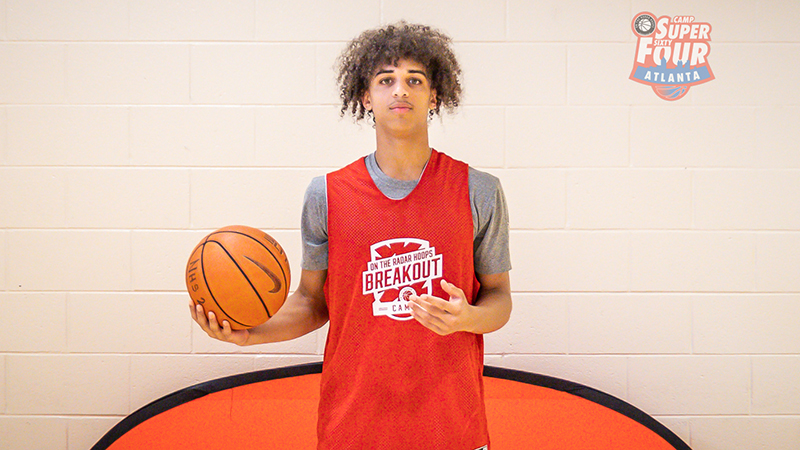 There are few players that can create their shot like Karris Bilal can. The Riverwood guard is an expert in creating space from beyond the arc to get space to shoot. Defenders were wise to his game most of the time during the Saturday afternoon games, which forced the class of 2024 prospect to look to attack more off the dribble. He had his pull-up jumper working in transition where he was able to streak past reaching defenders. Given how the college game is now designed around play-creating guards initiating the offense, Bilal will have plenty of suitors for him at the next level.

Class of 2024 guard Robin Roux of Meadowcreek High School had his game front and center during the competition stage of the camp. He stuck the corner 3-point shot with confidence. Roux also proved that he could attack and finish at the rim with either hand. We project the 6-1 prospect as combo guard who can handle lead guard responsibilities or slide to the wing to act as a solid complimentary scorer.

A promising underclassman is class of 2026 wing Jabari Hall from Osborne High School. He is a rangy wing with terrific length and a frame that will fill out nicely as he gets older. He displayed solid ball skill in the open floor. He was able to get defenders off balance with his terrific in-out dribble move. Most impressively was his unselfishness when the help rotated to his penetration. He was quick to dish rather than looking to force his own shot.

We like to see wings that blend power and agility on the court. Class of 2024 Jason Isaac of Jonesboro High School brings exactly those qualities when he laces it up. His well-built frame allows him to power through contact with the dribble. Yet he has the agility to spin and maneuver around help rotation without picking up offensive fouls. His quick timing and elevation also make him a threat to swat shots on the defensive end. 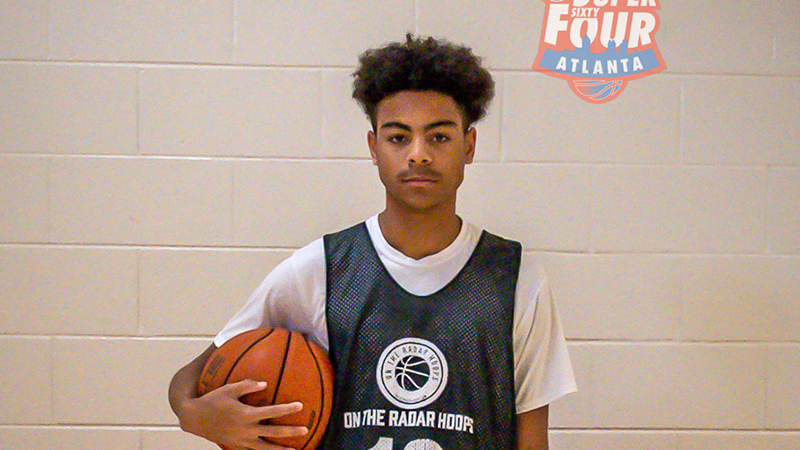 Class of 2024 wing Nick Oliver is the type of prospect you would love to have on your team. He is a no-nonsense, tough kid that shows up to work. When he decides to take it to the bucket, not many defenders are going to be able to stop him. The North Atlanta High School product shows his tenacity on the defensive end where he will hound ball handlers into mistakes. 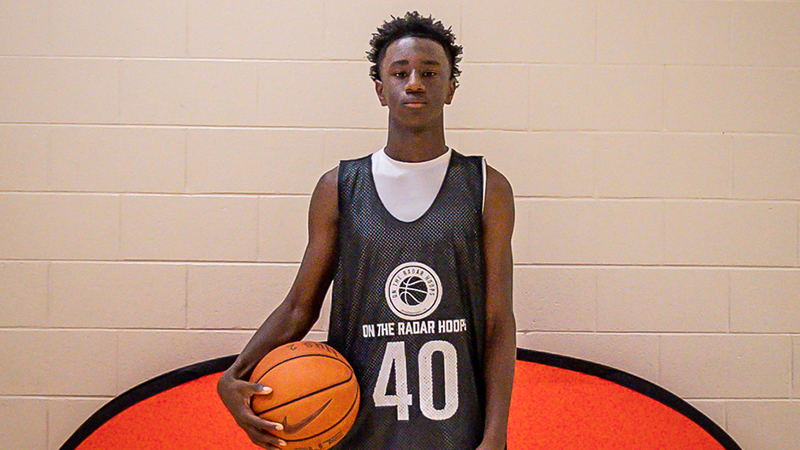 Another up-and-coming class of 2026 prospect is Sebastian Collins from Grayson High School. The 5-10 point guard handled the ball with confidence throughout the camp. His athleticism and budding ball skill are reasons to be optimistic for his future with coach Geoffrey Pierce. 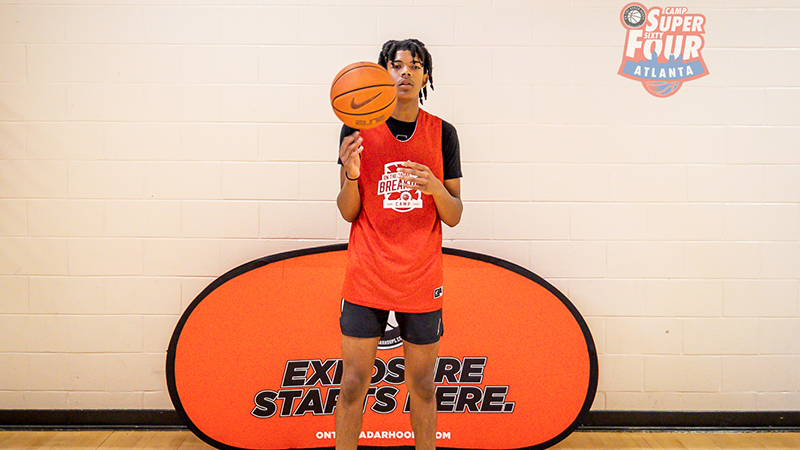 Class of 2024 guard Moses Hipps of McEachern High School is another hard-nosed guard that made waves on Saturday afternoon. He is a 6-4 athlete who is quick to get into a stance and mix it up on the defensive end. His size and athleticism make him a prospect that will have versatility on the inside and the perimeter. We have not yet seen the best of Hipps, as his ball skill polishes, we could see more dimensions of his game emerge. 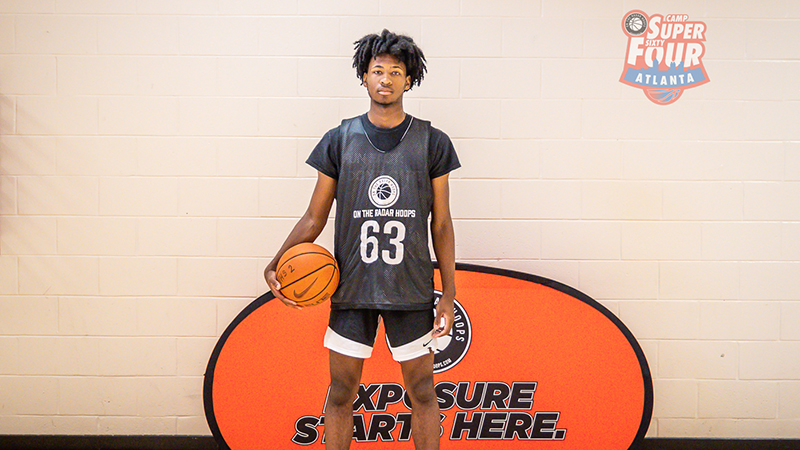 Class of 2024 wing Cam James from Chattahoochee High School is a wing with legit length and an ideal frame for the game. He proved he can take the bump in transition and finish at the rim. His frame compliments his aggressive style of play with the ball.