NORCROSS, Georgia, – One argument that never ceases to be answered is: which part of the country has the best high school basketball? There is always a strong case for Atlanta, because of the pros that have grown up in the Peach State. The better case for arguing for our area is the sheer depth of talent that exists year in and out. While Atlanta may not produce the top player in the country annually, the number of high major prospects and Division-I basketball players that grow their roots in this area is in the dozens each year.

Here is another list of standouts from the Super 64 Camp that will back up my point about the depth of talent in the state of Georgia. 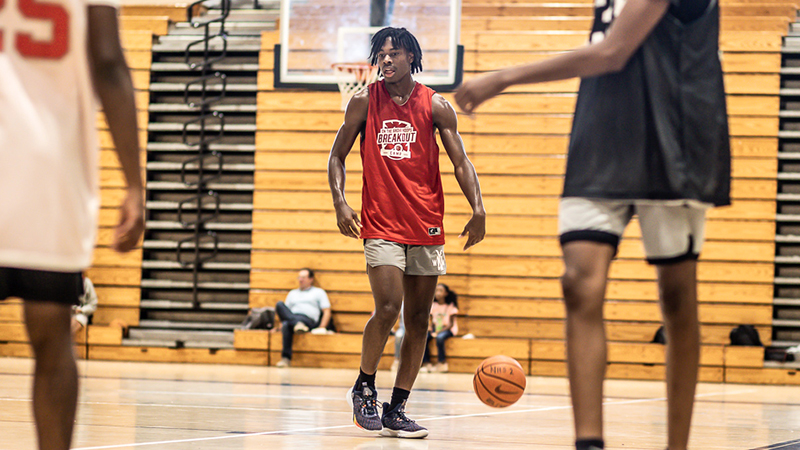 Class of 2024 wing Roc Lee of Pebblebrook was one of the most impressive prospects in terms of physicality and strength. But Lee can bring more than just size and athleticism. He has an impressive amount of skill, finesse, and a feel for the game. This is a tough combo for any defender to handle. He showed lead play-making skills at the top of the key. He also showed polished ball skill and passing ability with the ball in his hands. Lee’s range on his 3-point jumper rounds out a well developed skill set.

Gabe Omoregie recently transferred to Wasatch Academy (Utah) and re-classified to the class of 2024. He is a well-built wing that brings power to the frontline. He finished thunderous dunks in the lane off the pick and roll action. He also attacked defenders off the dribble and put them in tough situations. Expect Omoregie to flourish out West.

'23 Gabe Omoregie @gabe_o25 has shown his strength and athletic ability in the lane. He's looked dominant inside & has some impressive dunks. @WGHSbasketball 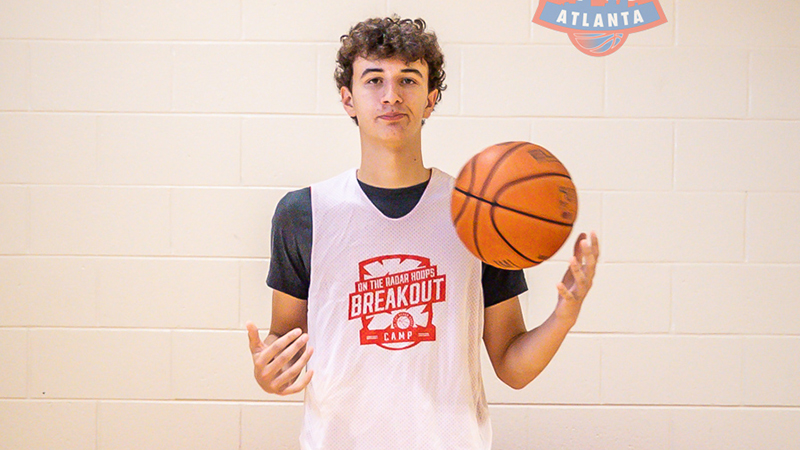 Class of 2023 prospect Ben Ritger from Marist had his skill set on display at the Super 64 Camp. The 6-foot-6 wing showed his blend of size, mobility, and ball skill. He was particularly effective at finishing off the move and distributing to his teammates off the dribble. The talented senior is poised for a big senior year. 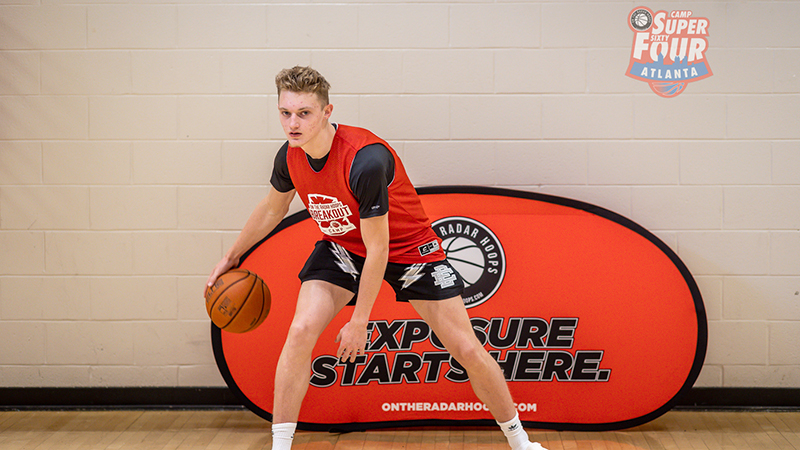 One of the better athletes in the class of 2024 in the area is Joshua Langefels from Denmark High School. He compliments his athleticism with soft touch on finishes around the bucket. The 6-3 guard also showed a quick turnaround jumper in the lane that is tough to defend. Add in his range at the arc plus his ability to draw contact off the dribble and Langefels appears to have an all-around offensive skill set. 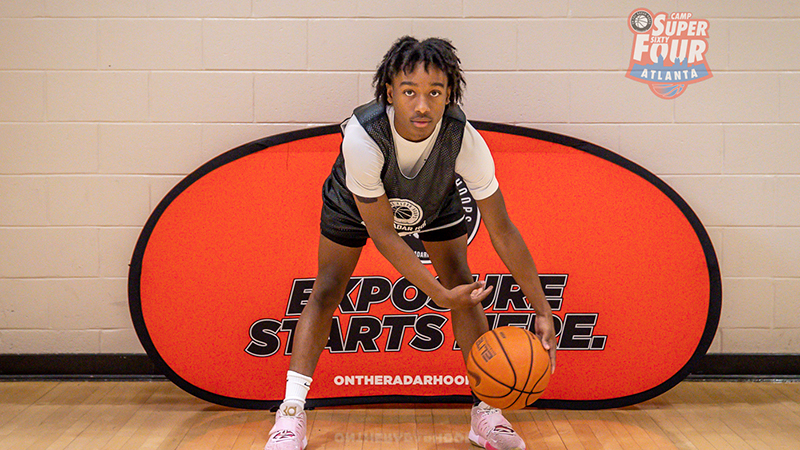 Although one of the smaller prospects at the camp, Mike Robinson of Greenforest Academy made one of the bigger impacts. He started at the defensive end where he picked up ball handlers full court and hounded them into giving the ball up quick. When he had the ball himself, he went right at opposing defenders and left them flat footed with his shifty dribble moves. The class of 2024 point guard also showed his 3-point jumper that he could hit off of step-back moves in between lunging defenders. 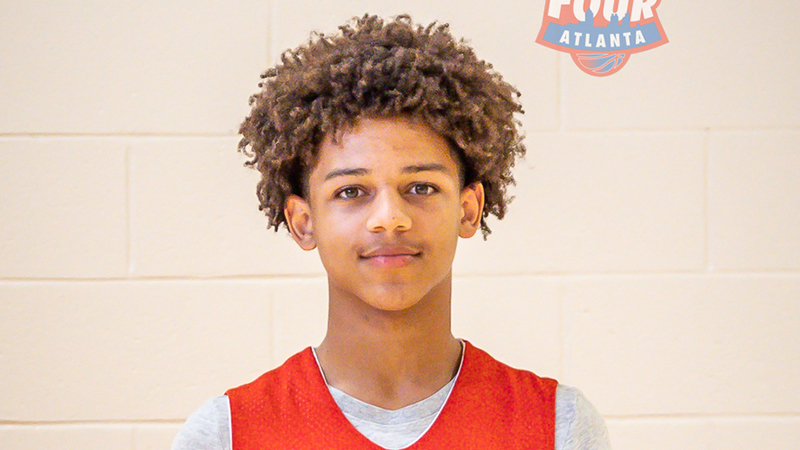 Class of 2026 guard Kaleb Bilal from Riverwood High School made a name for himself at the Super 64 Camp. The crafty, hard-nosed freshman showed an ability to slide through traffic to score off the dribble. Although one of the younger prospects in attendance, he proved that he could move the needle with skill and tenacity. 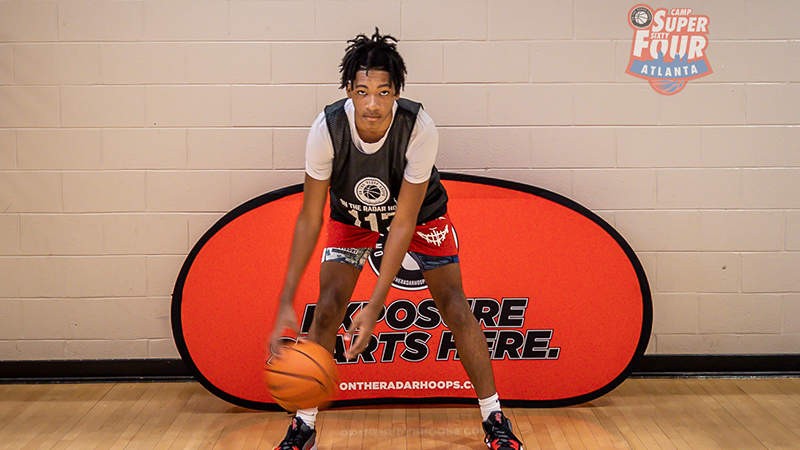 Class of 2023 wing Justin McCarter of Osborne High School brings activity and athleticism to the court. He has length to the be an effective defender and rebounder in the paint. McCarter also showed his ball skill in the open court as a guy who can lead the break and make plays for others. 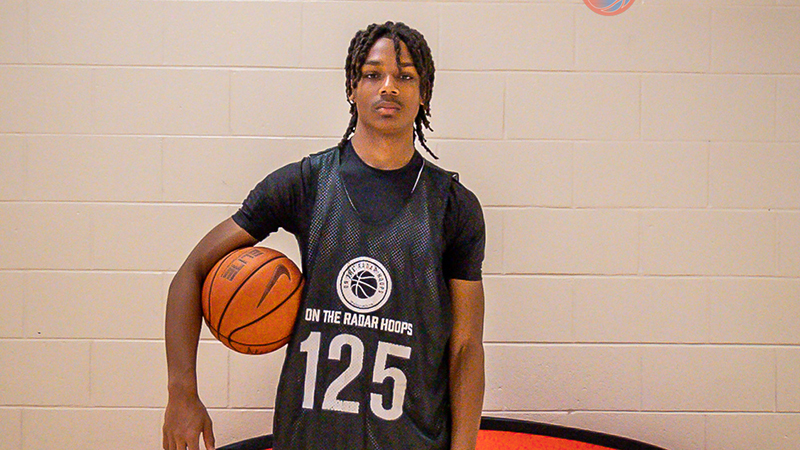 Class of 2025 wing Deke Cooper Jr. from Woodward Academy showed aggressiveness with the dribble at the camp. He can get to the lane with a quick first step and he is able to body defenders in traffic. While in traffic, he uses his length to be able to score over the top of defenders in the paint. Expect big things from Cooper as he matures physically.

Look for Joshua Jordan to be an up and comer at Holy Innocents this season. The class of 2025 guard has a quick trigger from outside the arc. He showed consistency on his jumper as well. When defenders tried to run Jordan off the line, he proved he can score the ball off the move as well. He has a solid foundation of skills that should be an asset for coach Mario Mays and his roster this season. 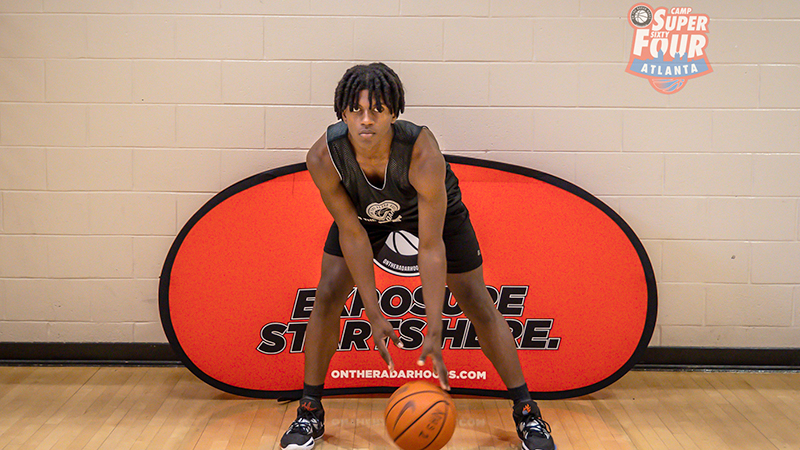 Class of 2023 guard David Hansraj proved his 2-way impact at the camp. The River Ridge product is aggressive with the dribble and can turn the corner to get into the lane. When in the lane, Hansraj can connect on floaters or dishing to open teammates along the baseline. The senior is also a dependable defender. He is the type of player you want because of his ability to fulfill his role.