MARIETTA, GA – Even up through the high school ranks, the “little” guys often get overlooked and are underappreciated for what they do on the floor.

When you’re dealing with 5th and 6th graders, classes of 2029 and 2028 at this past weekend’s Battleground Session 1 at Kell HS, they’re even smaller. But we saw a whole lot of toughness and plenty of skill to build on with these diminutive fighters.

One of my favorite combos of the weekend particularly on defense where the two swiped and lifted the ball from folks with regularity and more importantly without fouling, played with great enthusiasm, Davis was the slick and fiery floor leader and had a competitive streak which you love at any age, Smith was the perfect backcourt mate as he kept things composed but fed off Davis’ slash by getting to the basket often and effectively, two of the best defenders of the weekend. 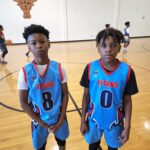 Exciting backcourt tandem with speed to burn as each handled the ball throughout the weekend but could slide over and be a scoring threat off the wings, Tolbert showed good vision out in space and was super speedy with the ball, Ware had some nicely developed natural PG-instincts and showed no hesitation driving it into traffic, both were among the better overall defenders of the weekend. 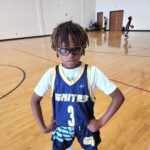 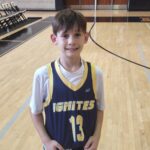 Two of the smallest guys out there size-wise but that took nothing away from the fight and claw they displayed all weekend, Owens was feisty and fearless at both ends and handled the ball well with either hand, Fass was patient with the ball and showed off an unselfish pass-first mentality which was refreshing to see for the age group. 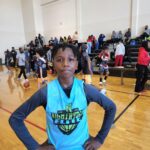 All kinds of competitiveness flowing from this slick lefty guard as he left it all out on the floor each time out, love the floater game in the mid-range as he was adept at recognizing times to go all the way in and others to back it off, pure attack-minded play and one to watch out for moving forward for this elite program. 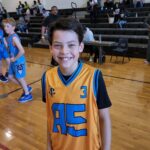 Played alongside big and physical Dominion Whitaker, Roberts was the perfect second part of a duo with noticeable skill and smarts between them, he was a stabilizing force when the game got a little ragged and controlled the ball and pace really well, one of the prettier natural strokes of the weekend as he was bucket if left open. 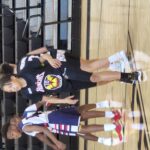 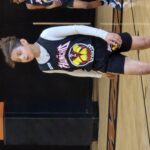 Much like their 2028 mates Davis and Smith above these two showed off a lot of all-around excellence for such a young stage, Moreno was a true floor general and had composure with the ball and a willingness to wait for the play to develop that was impressive, Grayson loved to find his spot at the arc for his quick release and smooth shooter’s touch but also showed a nice first step on the drive. 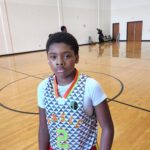 Absolutely lit it up from 3-land when I saw him Saturday, quick release and was always ready to catch and go, smart player overall as he saw the game well at both ends stepping into passing lanes and handling the ball when needed, really good all-around performer. 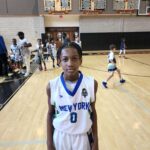 So composed yet such explosiveness when needed, played the weekend like a much older player and that doesn’t surprise as this program from the NYC-area had all kinds of moxie and playground-grit, excelled mostly in pass-first mode where he threaded the needle to teammates often but there was a scoring punch underneath that will be fun to watch develop. 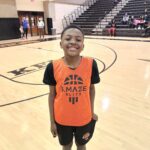 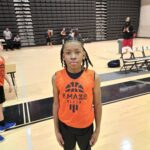 Harris was among the most creative guards I saw all weekend as he was a half step ahead of most guys mentally, showed off great instinct for spotting an opening and then baiting his man for a blow-by, Cochran was an perfect athletic complement to Harris as he ran the floor like a gazelle and defended with the kind of vigor you’d expect from a program like B-Maze. 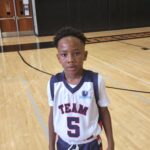 A little bit of flair in his game that was eye-catching but not forced, equally comfortable getting all the way to the hole or spotting up at the arc, left many a defender in the dust with both quickness or the blow-by using the bounce.