Class of 2018 guard DJ Brittan of Grady HS moved on to the radar at the #OTRFallShowcase. Read about all the stock risers from the event here. Photo cred – Ty Freeman/OTR

Duluth, Ga., – The #OTRFallShowcase presented the perfect opportunity for high school aged prospects to get exposure and play against top competition heading into the school season. With multiple media sources, college coaches and post-season award selectors on hand to watch, over 140 prospects received the best exposure possible in the city of Atlanta in the post-evaluation period. Here are a few players from the event who elevated their status with their play . 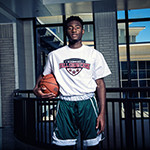 Brittan made a great impression upon our staff this week with his ability to create with the ball. He used the ball screen to get down hill or hit the screener when the double came. He showed great athleticism in transition to finish at the basket. It was his pull-up jumper that caught our eye last weekend. Brittan should be a future standout lead guard from the city. 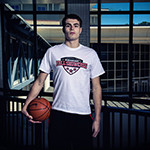 Big kids in camp can often get lost in the mix, especially when they do not stick to their specialty and get caught floating around the arc. Bryant did the exact opposite and earned praise with his play. He is a blue-collar interior player who rebounded and finished plays in the lane. Standing at 6-8 he is a productive player who should have a big high school year with size and skill set. 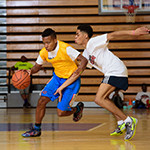 Daniels is a shifty point guard who proved his ball handling ability against some of the best guards in the city. He showed he can move well laterally on both ends of the floor and be a play-maker for his team. His high energy can bring a spark to the court in an instant. We will keep tabs on the senior as he suits up for Woodlands High School this year. 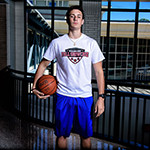 It is rare to find a quality uncommitted senior big man that is virtually unknown before stepping into the camp. Hill is no longer an unknown after the quality performances who produced in Joe Marelle Gymnasium. He showed good activity around the basket and soft touch on the step-out jumper. At 6-10, Hill has the length that everyone is hungry to see. We will watch his progression with coach Greg Phillips at Berkmar this year.

A terrific litmus-test of how good a kid really is in a camp setting is by watching how hard they play in the last game of the day. Howard drew attention during skill sessions with his ball handling and athleticism. However, even after numerous drills and three games of play Howard was still making plays when opponents were gassed. The 6-2 guard specializes in making plays going towards the basket. However, his pull-up game gives us a notion that his game is truly balanced.

The 6-2 combo guard made an impact at the camp with his physical style from a back court position. He is a strong slasher who can get downhill into the lane. Jackmon proved to be one of the most effective slashers at the camp. Look for him to contribute for coach Sharman White at Miller Grove this season.