I’ve broken it down by “Top Dawgs”, “Tantalizing Talents” and “Names To Know” (below): 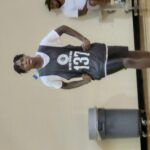 Jameel Peters, 6-1, 2023, Guard, Peachtree Ridge >> Expecting this PRHS program to take a significant jump as they’ve added some pieces and a bunch of guys have taken notable development steps, Peters had some really sound moments on the day with a pretty stroke and a heady understanding of distributing as he can play on the wing or be a disciplined floor leader for you, on what will be a guard-heavy Lions team any one guy can be a factor.

Devin Smith, 5-10, 2024, Guard, Langston Hughes (pictured at top) >> Give me some LHS guards and I’ll go take on anyone, size means little for Panther backcourt gems as they play hard and sound and seemingly always make an impression, Smith has the look of the next floor general down in Fairburn with all kinds of speed in the open floor and great instincts with the ball. 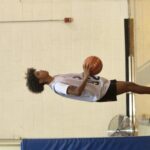 Xavier Berry, 5-10, 2025, Guard, Walker School >> Bye-bye to CJ Brown and Ricky McKenzie likely means a much quicker hello to Berry as he certainly has the acumen to step in as a sophomore and now may have the roster opening as well, great natural feel as a point guard he was notable for seeing the necessary pace of the attack and finding easy openings for himself and others. 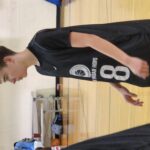 Kaiyu Huffman, 5-8, 2025, guard, Kennesaw Mountain >> The little guy had no letdown first in drills where he showed off grit and serious outside shooting range, then took his act to live play where he again was a must-check out to the arc or it was splashdown, had a calmness about his game for a young guy that will be interesting to watch as his physical tools catch up to the mind. 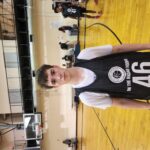 Jayden Arria, 6-2, 2024, Guard, Habersham Central >> Been hoping to see Arria a little more aggressive offensively away from his Habersham crew which is now revolving around Bryce Pittman’s talents and he responded with a quick trigger from the arc and spent more time actively on the hunt for opportunities, can still be a solid team guy with a ton of smarts and a willingness to do the little things, let’s see if he ups the ante with GA Legacy in July. 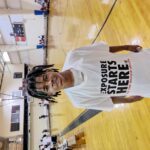 Andrew Taylor III, 5-4, 2026, Guard, School TBD >> The diminutive Taylor threaded the needle multiple times with some of the best passing of the day as he didn’t over-do anything against obviously larger opposition but picked his spots to show off the vision and an on-court sense, will be fun to see develop for whoever he chooses to play for and removing the size equation there was real skill there in the Marcus Smith (of Walnut Grove) type mold.