I’ve broken it down by Top Dawgs (below), and “Tantalizing Talents” and “Names To Know” still to come: 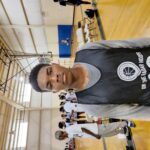 Kham Little, 6-4, 2023, Guard, Mary Persons >> Another instance of many he’s had on display since March where his combo of physicality from the backcourt and high-flying and exciting lift was just too much for opponents, legit college-ready frame is truly one of the steals from Middle GA, must-see stuff with Warner Robins All-Stars in July.

Jacob Washington, 6-2, 2023, Guard, South Gwinnett (pictured at top) >> A 1st-Team All-Day performer for sure, away from his Comets and Promise Elite teammates he really showed off his explosiveness on offense from multiple levels and ability to play both guard spots, confidence flowed with the ball in his hands and he had several of the days’ wow moments. 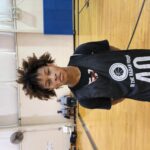 Laz Mason II, 6-2, 2024, Guard, Grayson >> High effort level all day with great energy as he embraced the stage away from his ballyhooed Rams teammates and showed off the quickness, ballhandling and superb vision as a passer, can’t sleep on the shooting when he gets it rolling, will command minutes in the fall with consistent effort like we saw.

Jalen Tatum, 6-3, 2023, Guard, Bull City Prep (NC) >> Right there with Washington for the day’s most dominant set of performances in live play, advanced offensive game with a lot of variety and power in close, plays a downhill style that is tough to deal with off the bounce or in the open floor, plays so much bigger and emerged as a big-time sleeper steal. 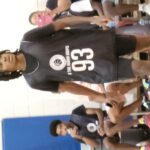 Niko Wilson, 6-0, 2023, Guard, Lambert >> Got it going in the 2nd half of the day as he quickly reminded many of the younger guards in attendance what it takes to be truly explosive, be it handling the lead role or being a terror in the open floor as a scorer it’s always fun seeing Wilson turn up the heat on defenders, like most of his GA Canes teammates is so worth a stop-over to their court in July. 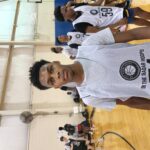 Jaiden Glenn, 6-3, 2024, Guard, Chapel Hill >> A spring standout with AJ Bouye Elite he looked just the same in combine play with moments where he just turned it up a notch and was better than everyone else, can shoot it from distance and drive it hard or slick if needed, has a good head for the game with control and vision, definitely a rising star to know out of the underrated Douglas County schools.