Norcorss junior Kyle Sturdivant is one of the top lead guards in the Peach State. Photo Cred: Ty Freeman

The state of Georgia has started to see an uptick in the amount of talented players at the lead guard position. Last season, blue chippers Collin Sexton, Davion Mitchell, and Darius Perry to name few were all nationally ranked and are expected to make immediate impacts at the next level.

With household names like Trey Doomes and Will Richardson transferring out of state this season, the point guard spot took a big hit. However, Georgia’s talent pool at the position is still formidable. We examine below. 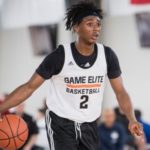 Ashton Hagans, 2019, 6-4 PG, Newton High School (7A): Hagans is considered the state’s top overall rated player in the 2019 class by many reputable scouting services. Further, the 5-star phenom is a consensus top ten prospect nationally. He has taken huge strides in his offensive development over the past two seasons, but his defensive prowess is what sets him apart. At 6-foot-4, 190-pounds, he utilizes his superior strength and chiseled frame to overwhelm opponents. After having breakout spring and summer sessions, division-I powerhouses such as Kansas, North Carolina, and UCONN among others extended offers to the explosive junior.

Last season, Newton finished at 28-2 overall before being ousted in the GHSA Class 7A Elite Eight by eventual state champions Tift County. Expect Hagans to lead the Rams on another deep playoff run in 2017-18. 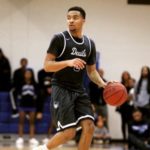 Kyle Sturdivant, 2019, 6-2 PG, Norcross High School (7A): Sturdivant is an ultra-talented point guard from the Metro-Atlanta area. He is one of the more mentally and physically tough players in the peach state. He doesn’t get rattled in pressure moments and thrives in hostile environments. Sturdivant has multi-facets to his game which has prompted high-majors to take notice. Auburn, Georgia Tech, Florida State, Tennessee, and Xavier have all offered the 3-star standout.

In 2016-17, Norcross finished at 26-6 overall and were runner-up in the state’s highest classification. Sturdivant was looked upon to be more of a facilitator last year, but with the departure of key players, expect the 6-foot-2 junior to be assigned more scoring duties this season. 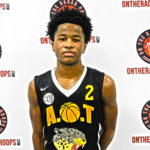 Sharife Cooper, 2020, 5-10 PG, McEachern High School (7A): Cooper is the most effective traditional point guard in the state. His high-IQ, poise, and maturity are second to none. He is the engine that makes McEachern High go. The laid-back sophomore has become a popular name on the recruiting trail after having an impressive offseason on the Nike EYBL Circuit. Alabama, Clemson, Florida, Texas A&M, and a host of other division-I programs have offered.

McEachern finished 2016-17 at 29-1 overall. The Indians return their core group of players and will enter the season as the favorites in Georgia’s loaded 7A classification.

Best of The Rest 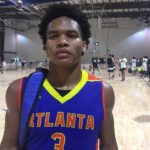 Jones was an integral part of Buford’s state championship team last season. This year, he’ll continue to anchor the Wolves as they look to defend their title. Following July’s final evaluation period, the 5-foot-9 sparkplug committed to A-Sun Lipscomb.

Pauldo is miniature in stature, but he plays big out on the hardwood. Pound-for-pound he is one of the best players in the state. In 2016-17, he averaged 27-points per game and led the Fighting Irish to the Class 2A semifinals. Right now, he holds offers from Columbus State, Stetson, and UNC-Central.

Jenkins is a late bloomer who started to come into his own towards the end of last school ball season. He continued to ascend at offseason individual camps and travel ball showcases. The 6-foot-1 senior has picked up offers from Air Force, Columbus State, Navy, and North Georgia heading into his senior campaign. 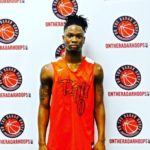 At 6-foot, 170-pounds, Owens plays a lot bigger than his measurables indicate. He is sneaky athletic, feisty, and super competitive. He is rated the top point guard in Middle Georgia by hypesouth.com. At the time being, he has Gulf Coast State College and Morehouse on his offer list, but expect that list to grow moving forward. 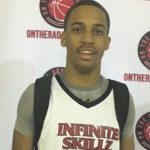 Godfrey is probably the least talked about lead guard in the state. His game isn’t flashy, but the 6-foot-4 senior is the epitome of what a coach looks for in a leader. He averaged 11.7-points, five assists, and four rebounds per game last season. He took huge strides in his development this offseason, so expect his production to increase. After picking up an offer from Morehouse in July, Godfrey’s name has started to pick up steam in low-major coaching circles.

Crafty. Check. Smooth. Check. Smart. Check. All explain White’s basketball attributes. The 5-foot-11 senior has a finesse to his game that is beautiful to watch. Over the past couple of years, he has played limited minutes at Norcross. However, he is in line to see an increased role in 2017-18. White has a Georgia State offer and is being courted by several other low to mid major programs. 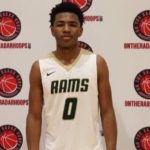 Anderson competes at a very high level and possesses a bravado that exudes confidence. He is very animated on the court and can often be heard chirping at opponents. He averaged 21-points per game last year and will more than likely duplicate that production this season. The 5-foot-11 senior grades out as a low-major prospect that has a lone offer from Stetson and several others thinking about pulling the trigger.

Grayson reached the Class 7A Final Four last season and are expected to be a legitimate championship contender again this season.