Anthony Edwards of Therrell High School is one of the top players in Georgia’s 2019 Class. Photo – Ty Freeman

Atlanta, Ga. – The On the Radar Hoops Fall Showcase held at Central Gwinnett High School showcased the top underclassmen around the Peach State. Our team takes a look at some of the emerging players from the 2019 class.

Edwards is a long and athletic forward who is capable of stepping out and making shots from the perimeter. He’s very active on both ends, gets his hands on a lot of balls, and excels in an up tempo environment. He is a good rebounder, especially on the offensive end where he was effective at keeping the ball alive gaining extra possessions for his team.

This long and athletic swingman, Langlais scores by filling lanes in transition, slashing to the rim, or pulling up in the mid-range area. Defensively, Langlais is very effective using his length and quickness to both contain and disturb the ball-handler. 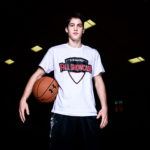 Greer is a smooth talented young guard who does a good job of directing traffic and placing teammteas in position to score. He has a nice mid-range game as he showed a nice pull-up jump shot off the dribble and a floater. He is a good passer who has a feel for drawing the defense and delivering the ball to an open teammate.

Alexander is a scoring lead guard that pushes the ball in transition. He has good speed and quickness with the ability to get to the rim and score or drop off to a cutting teammate. He constantly probes the defense seeking out an opening to make something happen. 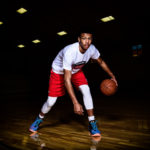 This 6-foot-6 small forward has the size and shooting touch to knock down perimeter jumpers in transition or in the halfcourt. In transition, he sprints the lane then once he receives the ball in a scoring area he has a knack of getting to the rim and scoring. In additional, he is also a good ball handler and passer with the ability to draw and kick to the open man once he draws a second defender.

Sanders is an athletic slasher that is very effective at getting to the basket and finishing. He can make acrobatic plays in transition. He is very effective at playing the passing lanes and coming away with steals. He does a good job of rebounding on both ends of the floor and providing second chance opportunities. 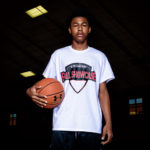 Hallmon has grown several inches over the summer, standing at 6-foot-2, he showed the ability to make shots off the catch. In the half court Hallmon displays good ball handling ability when he slashes to the rim from the wing or along the baseline using his length to get past defenders and finish around the basket. 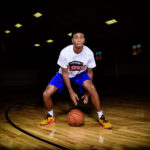 Tucker has the ability to put up points quick, we witnessed that this spring when he dropped 40 points in multiple tournaments. At our Fall showcase it was no different as Tucker has a great stroke and deep range that forces the defense to stretch. His shooting ability gives him an extra step by his defender because they have to crowd him; he made a couple of high level plays to the basket in transition and in half-court offense.