Atlanta, Ga., – Finding a way to play top talent while also getting quality exposure is a tough proposition for younger players. However, the Atlanta Invitational provided that exact formula. Here is a look at some of the stars of tomorrow who got the foot in the door in front of OTRHoopsReport.com evaluators.

Kevon Eskridge – Southern Stampede – 2020 – Eskridge is a big guard who excels at pushing the ball down the court, penetrating and hitting open teammates with on-target passes. He is an accurate 3-point shooter, but usually looks to pass first. He has great acceleration, including an overdrive gear, which he utilizes to explode to the hoop. 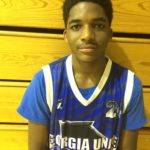 KD Johnson – Georgia United Stars – 2020 – Johnson excels on both ends of the floor. He is effective at getting to the basket and finishing strong. He is at his best when he is in transition or attacking the defense in the half court. Johnson is an active defender who has the ability to guard multiple position.

Kaden McAthur- Atlanta Select – 2022 – Kaden has a very good handle with the ball. He knows how to create shots for himself as well as get others involved.

David Folsom – Georgia Mavericks – 2022 – Folsom is a monster on the defensive end. He is able to use his long arms to contest and block shots. He had multiple games with over five blocks. He does a good job of rebounding inside of his area. 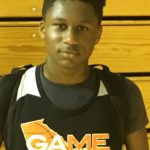 Isaiah Collymore – Game Elite – 2021 – A very skilled wing who  knows how to use quickness to blow by bigger defenders  and uses his size and length to post up smaller guards. Collymore showed that he can distribute on the court by driving to the lane and dishing the pass off for easy layups. 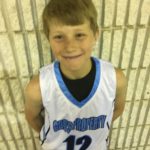 Hunt Walker – God’s Property – 2023 – Walker does a good job of moving without the ball where he was able to find holes in the defense and knock down open jumpers. He has the ability to stretch the floor from behind the arc.

Jovin Hunter – Team KCP – 2021 – This lead guard out of Columbus, Georgia, knows how to control the tempo of a game. Hunter uses his change of to speed to blow by defenders and then set up his players for wide open shots. He does a good job of running the offense and putting his teammates in the best position.

Zaron Jackson- Georgia United Stars – 2022 – Jackson has a bag full of moves on the low block. He knows to use his body to post up smaller defenders. When there are big defenders he likes to go up and under and finish through contact. He also shoots a very high percentage from the free throw line.

Donte Medlock is a contributor to OnTheRadarHoops.com