Will Richardson of Liberty County is currently leading the state in scoring with 31 points per game.

Atlanta, Ga – The talent rich state of Georgia continues to produce some of the top prospects nationally each year. Our team has been busy this year at numerous local and national events identifying some of the top talent in the Peach State. Here is a look at some of the top scoring leaders in the state.

This junior guard exploded onto the national scene after impressive showings in the Holiday Hoopsgiving and the Chic-Fil-A Classic. Richardson has scored thirty or more points in at least nine games this season and scored a career high of 55 points on December 10th. Richardson is a guard who can slide between multiple positions on the perimeter.  He has the ability to run the team as well as score in bunches.

At 6-foot-6, Nolley can stretch the defense with his ability to connect on jumpers from behind three point either off the catch or dribble. In the half court he slashes to the rim with one or two quick dribbles, finishing with the pull up jumper.  Nolley has made (65) three pointers this year and is currently shooting 50% from behind the arc.

Landers Nolley (@thatbooych3z) is showing why he can’t be left open. He’s a clutch spot up shooter. @LHughesHoops pic.twitter.com/Ce8oT2r5Dg 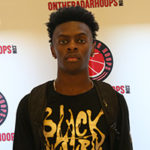 With (76) three pointers made, Parham is currently leading the state in three pointers made while shooting 43% from deep. This senior guard has shown that he can put numbers on the board in a hurry. Averaging 24.9 points per game, Parham has helped Brookwood win 7 out of their last 8 games since the start of the year. 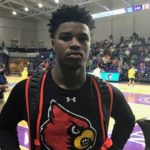 Saturday night Walker became the All-Time scoring leader in Clayton County, Georgia history. This McDonald’s All-American is averaging 27.9 points per game with a field goal percentage of 50%. Walker has scored 30 or more points (6) times this year and posted a season high of 41 points on December 17th at the City of Palms.

Pauldo is a quick guard who utilizes outstanding change of speed and direction dribbles to blow by his opponents. He is very difficult to contain in transition when he gets a full head of steam going. He is a scoring point guard that shoots the ball well on pull up jumpers in transition or off of ball screens. Pauldo is averaging 27.7 points per game this season for Dublin. He scored a season high of 41 points against West Laurens before the Christmas Break. 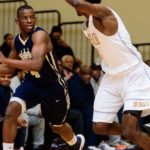 Hart was the talk of Atlanta after the Christmas Holiday at the Tournament of Champions Classic. The available guard had an impressive showing against some of the top programs in the country. This season Hart is averaging 26.5 points per game. Hart is a scoring point guard that shoots the ball well on pull up jumpers in transition or off of ball screens. Division one programs looking for a lead guard be sure to check out Isaiah Hart.