Tucker, Ga – The Chick-Fil-A Invitational presented by Tucker High School provided a chance for area teams a measuring stick before they hit region play in the month of December. It also gave our OTRHoopsReport.com evaluators another chance to watch to see which individuals stood above the rest. Here is the recap of the players who stood out above the rest: 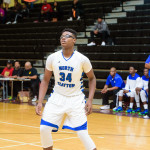 This 6-foot-8 post was one of the biggest surprises over the weekend. He has nifty footwork for a player of his size and uses his very big body to establish post position at the rim. Once he has the defender on his hip, the defender will not get around Asadullah and he usually scores at the rim. He is also a decent ball handler that can drive to the rim in the open court when he is ahead of the pack. He is a good fundamental rebounder on both ends. 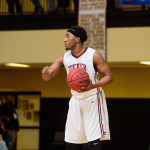 The UCONN bound guard does a good job of handling the break as he pushes the ball coast to coast with a speed dribble or will look up to advance the ball with the pass. He plays under control and can not only hit the open 3 but can knock down the pull up jumper as well. Gilbert has excellent court vision and he is one of the few point guards that consistently looks to feed the post and has the skills to do it. 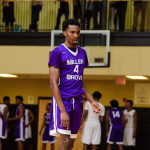 Richardson has very good athleticism and quickness, which allows him to get to the rim almost at will. Once at the rim, Richardson uses his decent amount of strength and very good body control to take contact in the paint and finish off lay-ups. He excels in the open court when he has the chance to build up a head of steam and drive to the rim for athletic finishes.

Aaron is a true leader, and has the proper mentality to play the point and run a team. He can push the ball down the court and he gets wherever he wants with it. He gets into the paint and can get it to the rim with his athleticism. Augustin is one of the top available guards left in the state of Georgia.

Several division one programs have been in over the past couple of weeks to see available post Jacara Cross. The 6-foot-6 forward scored 14 points out of his team’s 16 half time points. Cross makes his mark with his ability to rebound the ball and defend the low post. He is a big bodied power forward that knows how to use his body to fight for real estate in the paint.