Over 80 players participated in the EYA Sports Senior Showcase over the weekend.

Jonesboro, Ga – Over 80 unsigned senior prospects, in both the men’s and women’s game, made their way to Charles Drew High School for the unsigned senior showcase put on by Brad Martin and EYA Sports. Fort Valley State University, Point University, and many other college coaches made their way to Riverdale, Georgia for great competition in both skill development and in game competitions. Prospects from both genders left with productive afternoons but these were the standouts for the day on the men’s side. 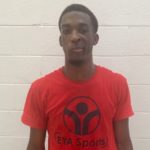 Carter was one of the more energetic prospects throughout the entire day at the unsigned senior showcase. He looked smooth in the skill development drills and kept that enthusiasm for game play as well. I was most impressed with Carter’s rebounding efforts on both ends of the floor, seemingly grabbing every rebound in his vicinity. He looked comfortable starting the fast break once the defensive rebound was secured and on the offensive end Carter kept possessions alive for his team and converted on tough buckets down low. Carter has good size at 6’3” and a stocky frame, using that to his advantage in the half court with the ball in his hands. Carter’s jump shot was consistent, and he never hesitated to guard the opposing teams best offensive weapon. Carter will be an asset to any collegiate program interested and he proved that this past Sunday. 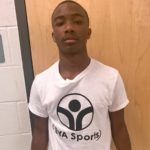 Miller won’t stand out in a crowd of stereotypical basketball players because of his smaller stature but make no mistake about it, this kid belongs in that same conversation. The point guard out of Tyrone, Georgia is scrappy and has all in the qualities you would want out of a floor general. He is cat quick with or without the ball and has an air tight handle to get into spaces and create plays in the lane. He made impressive passes and got the ball into his big men’s hands in the half court for easy baskets inside for his team. Miller swiped steals, picked up his man full court, and dove on the floor for loose balls more than any prospect I saw at the senior showcase. He showed that he wanted to make an impact on the floor every time out and that’s something that I believe college coaches took note of throughout the day. 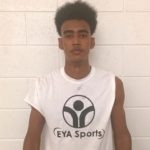 Valdez is a springy 6’7” EYA product that remained relevant all afternoon at Drew High School with his play above the rim and on the low block. The senior forward out of Sharpsburg, Georgia looked comfortable going over both shoulders when backing defenders down and has nice overall touch around the basket as well. He was on the receiving end of lobs and nice dishes from the guards on his team and had one of the more impressive put back slams on the entire day. He does of good job of sticking with plays that he doesn’t finish initially and gets to the free throw line because of that extra effort. Valdez can be an asset on the next level and he proved that Sunday. 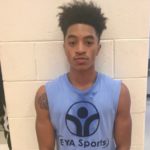 Of all the prospects at the unsigned senior showcase, I was impressed with Smith’s game the most for a number reasons. He has an incredibly high basketball IQ as he made passes that even his teammates weren’t ready for in the half court. No look passes, kick out passes from ball penetration, and precision passing in traffic made life easy for his teammates on the offensive end. Smith has a nice pull up game in transition and good overall jump shot on all levels. Offers have started to roll in for the point guard out of Marietta and he did nothing but help his case Sunday afternoon with his flashy play and speed with the basketball.

Anderson is an athletic wing that made a lot of positives plays at the unsigned senior showcase Sunday. He looked good catching the ball on the sideline and finishing at the rim with ease and standing 6’3” he can make an impact on the glass and for a coach at the next level. He is an exceptional athlete that attacks the rim hard on drives to the basket and can be a shutdown defender if given the opportunity (Rico Carter was on his team, so he handles those responsibilities for the most part Sunday).  He is a good two-way player that can affect the game without scorer which is always a pleasure to have on your roster as a coach. 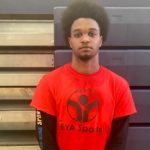 Graham is a nice ball handler that did the best job of any guard of slithering his way into the lane in one on one situations and off the pick and roll. Playing on a smaller court with bigger bodies can equate to a lot of perimeter jump shots, but Graham remained aggressive from start to finish and ended drives with nice finishes at the rim. The combo guard from Mableton, Georgia has good size, well over 6 feet, and didn’t allow anyone to speed him up or take him out of rhythm offensively. He did a good job on the glass throughout the day and is a capable shot maker from the outside. 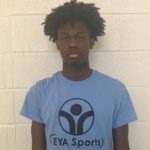 Richardson is the perfect combination of size and athleticism and showed that on both ends at EYA’s unsigned senior showcase. He owned the glass and protected the rim with more shot altering than actual shot blocking which worked in his teams favor as the ball remained in play and made for several fast break opportunities. Richardson is a lanky 6’8” forward that can put the ball on the floor and get to the rim. He is the ideal pick and roll big man that you can throw the ball to and a play is made via scoring and can make the extra pass to rack up numbers in the assist column as well. His productivity was present Sunday and he will make a college program better with his commitment wherever that may be. 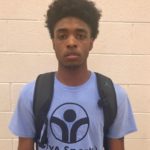 Evans is a smooth operator and made an impression later in the day during scrimmage play at the EYA unsigned senior showcase. He is a knock down shooter that simply looks comfortable with the ball in his hands. The McDonough, Georgia prospect is a 1,000 scorer so he knows how to put to the ball in the basketball on all three levels, but he made his possessions count Sunday, showing his efficiency in games. He never rushed or took ill-advised shots and made the right play for his team often. You cannot overlook players with high basketball IQ that can also make plays on both ends and that’s exactly what you’re getting in Evans if you’re a college coach.