Anthony Edwards proved why he is regarded as one of the top players in the country. Photo Cred – Jordan Davis

Atlanta, Ga. – The Georgia Elite 8 Tip-Off Classic has set the bar high for one-day showcases nationwide. Director Omar Cooper, had plenty Division One graded prospects take part in the seven-game set at McEachern High School. With that collection of talent in one place, please believe that we walked away with plenty of knowledge. Here are several prospects who stood above the rest Saturday afternoon.

In the game of the night, Cooper showed that he is an excellent floor general that does a good job of running the team and being productive on a consistent basis. He has excellent point guard instincts and is a good decision maker. Scott has long arms and is a good athlete. He is a terrific ball handler and passer and does a great job of keeping his dribble alive until he knows what he wants to do with the ball.

Sharife Cooper vs Anthony Edwards. 2 Titans Clashing. The most HYPE game of the new season so far ??? @CooperSharife pic.twitter.com/NBUgvwlY3k

A high-level athlete with good size and strength, Okoro has break-away speed and bouncy athleticism to get his head on the rim like few others can. He is a great finisher at the rim, with the quick bounce to finish above defenders and the body control to go around them, and at his best when running lanes in transition.

The entire city came out to see Edwards who is regarded by some as the best player in the country regardless of class. Edwards is a pure scorer who can put the ball in the basket in virtually every way.He shoots the deep three in transition, spots ups and coming off single and double baseline screens. He has good shot preparation, great confidence and needs very little space to get it off. He plays with energy and urgency entire time he is on the floor. Edwards finished with 31 points and 10 rebounds.

Dunn is an aggressive wing that can score in bunches. He is an above the rim finisher in transition and can hit the open three or mid-range jumper with regularity. He has a smooth stroke and shoots with great confidence. Shots off the catch or dribble is not a problem for Dunn, he does a great job of spotting up on the side of the floor where dribble penetration is occurring and he sprints off screens locked and loaded.

Hunter got into a groove into the second half, which helped Westlake hold off a talented St. Francis squad. Hunter is an above the rim finisher in transition as well as in the half court. He dunks any clear paths to the rim when he is in attack mode. Parker can rebound and start the break or he sprints the lane where he can knock down the spot up three by reading penetration and moving to the open area or hit the mid-range pull going right or left with one or two rhythm dribbles.

Odom showed that he could put points on the board in a hurry. Odom is a terrific scorer that attacked the rim both in transition and in the half court penetrating the defense to finish around the rim. He did a great job of finishing through contact and drawing fouls where he made the defense pay by knocking down free throws. He also made his presence felt on the offensive glass. He had a couple athletic put back baskets in traffic. 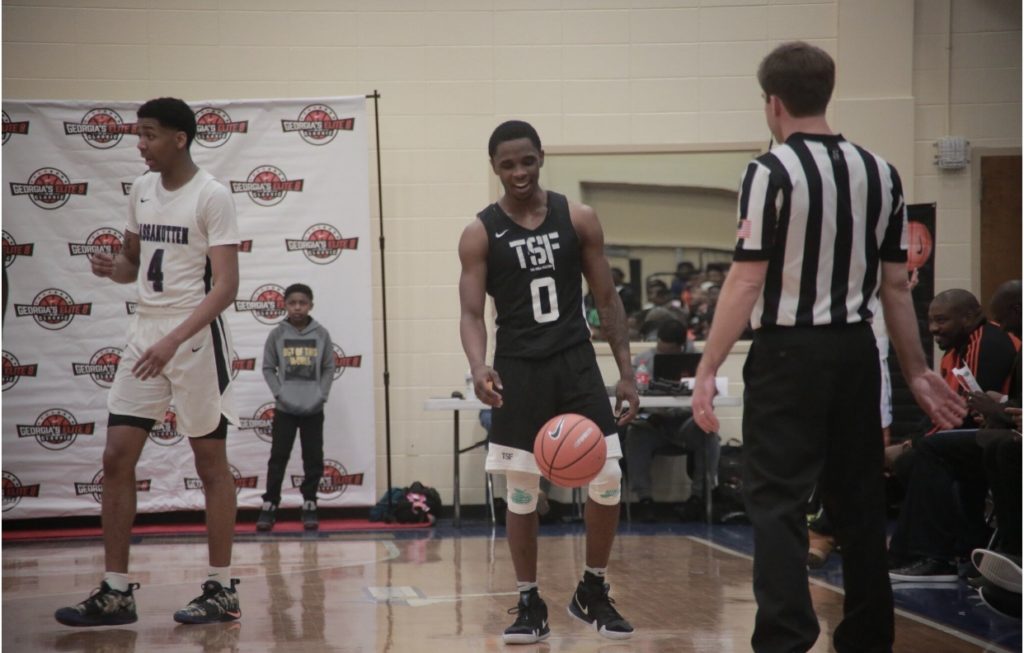 This fearless lead guard did a terrific job running the team, making good decisions and taking care of the basketball. Freeman push the ball and attacked the lane when the transition defense fell asleep. He is athletic and strong enough to score through contact. He has a strong middle game that includes dribble pull ups and floaters with good elevation. 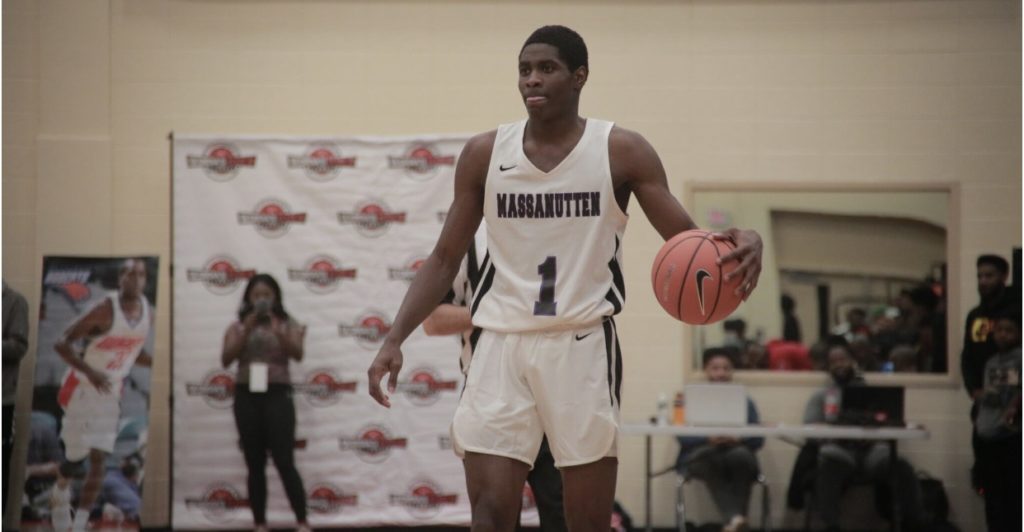 Seabron is a combo-guard with great size, athleticism, and playmaking ability, making him an almost impossible match-up in the backcourt. He loves to take the ball off the defensive glass and push it hard up the floor and is lethal in the open court. He does a nice job of distributing the ball along the perimeter but is capable of making a play at anytime.