Suwanee, Ga – The Jared Cook Classic presented by North Gwinnett High School provided a chance for area teams to use the event as a measuring stick to see where they stand to open the season. It also gave our OTRHoopsReport.com evaluators another chance to watch to see which individuals stood above the rest. Here is a look at players who stood out on opening day: 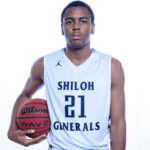 Talking about a player that fills up the stat sheet, Massenburg was great on the offensive and defensive side of the ball. He recorded 14 points, 14 rebounds, and 9 blocks in a win over Lee High School out of Alabama. Massengburg is a versatile forward who presents mismatch problems for opposing defenders with his length and skill set. Defensively, he is outstanding guarding the basket, where he blocks/changes shots in the paint. Look for Massenburg to help out right away at Middle Tennessee State.

Saturday afternoon, Buffen played with a ton of energy helping Gainesville run away from a talented Langston Hughes team. This 6-foot-7 versatile forward has the ability to defend multiple positons. He competes and works hard on both ends of the floor. He has a nice touch in tight around the lane and also displayed the ability to step out and hit the open short corner jumper. 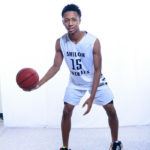 Early in the first quarter, Shiloh was down by 6 points before James nailed (2) three-pointers to help the Generals tie the game away then eventually pull away from Lee High School. James was effective shooting the ball off the catch. He did a great job of sprinting the outside lane in order to spot up along the three-point line where he can knock down open threes over smaller or late closers with ease. James finished with 25 points which included (5) three-pointers Saturday afternoon.

Each season, there are always players who emerge out of nowhere. The Jared Cook Classic gave us an opportunity to see many underclassmen. Saturday afternoon, Gainesville junior wing Xavier Bledson made a name for himself, where he showed that he can score from both the perimeter and low block. He is a throwback player with exceptional footwork and a wide arsenal of offensive moves.  Bledson has a high IQ to go along with great court vision. 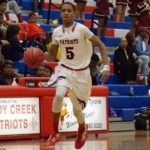 Devin Vassell of Peachtree Ridge and Jarred Godfrey of Sandy Creek both caught the attention of our staff. Vassell recently picked up offers from Stetson and North Florida. This 6-foot-4 wing has plenty of length to go along with a high IQ. He can knock down threes off the catch and mid-range jumper. Godfrey has good size and the ability to play multiple positons on the perimeter. When he gets a defender on his hip while attacking the defense, Godfrey can get deep into the lane where he delivers the ball to an open teammate or scores.

One of Alabama’s top young players, Kobe Brown, got into a groove late in the second half. He has the ability to handle the ball and was effective breaking down the defense where he finished with the mid-range jumper and from behind the arc. Brown is a player to keep an eye on in the 2019 class.