There were over 80 campers in attendance for the On the Radar Hoops Junior Elite 100 Camp.

Lawrenceville, Georgia –  On the same weekend On the Radar Hoops displayed some of the best High School talent that Georgia has to offer, they also got a chance to showcase peach state standouts on the Middle School level at Junior 100 Elite Camp. Over 80 campers made their way to Central Gwinnett High School, here are a few rising prospects that stood out during the day: 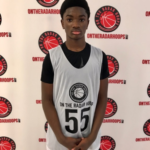 Caldwell is a combo guard that impressed at Junior 100 Elite Camp because of his control with the basketball. He was able to make tough moves to get into the lane easily and calmly convert on the attempts he took around the basket. He has good size for his age and possesses a pretty good handle on the ball as well. Caldwell stood out in individual as well as team competition which proved his consistency more than anything else. 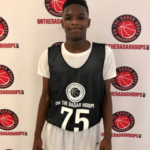 The first thing that sticks out with Duany’s game is his athleticism. An 8th grader already playing above the rim is rare but finding an 8th grader that knows how to use his athleticism on both ends is even more unique. He was able to block or alter shots and his rebounding ability comes naturally with his ability to get off the floor quickly as well. He is tenacious in his ability to get to the rim and has long limbs mixed in with that athleticism to finish tough lay-ups when he’s not dunking the ball through the hoop. 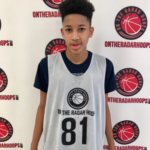 You couldn’t have found a more cerebral player than Hillmon at Junior 100 Elite Camp. He seemed to be all over the court in the scrimmage portion of the day, making cross court steals, finding teammates in transition, and scoring in a variety of ways. He always knew when to share the basketball in the half court and with him having those selfless attributes but still effecting the game with his scoring speaks volumes for this age group. He is a good ballhandler and even though I wouldn’t classify him as a point guard, I wouldn’t have a problem putting him in that position in a game situation whatsoever. 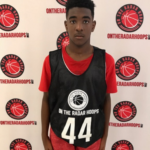 Anderson is a solid point guard prospect that handle his own very well throughout the day at Junior 100 Elite. Like Caldwell, Anderson used a lot control and poise when possessing the basketball in scrimmage play. He displayed his handles in drills and that carried over when things went live. At this age, finding ball dominant guards that are willing to share the ball while not turning it over are what separate the elite and the mundane and it was easy to select Anderson as an elite player. 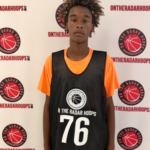 Kinnard is a rangy forward that showed his skills and energy consistently at Junior Elite 100. He is a problem for opposing defenses when trying to get in is path on the way to the basket and for the few defenders that did stop his momentum, Kinnard usually made the right play by getting it to a teammate to finish the fast break with a score. He is versatile in his ability to pass, defend, and rebound which allows him to impact the game without scoring which he still does a good job of doing as well. 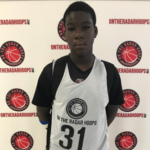 There weren’t too many big men at Junior Elite 100, primarily because of the age group and physical development, however Madamidola made his presence felt down low during games. Waiting on kids to become comfortable with their stature usually takes time but at 6’6”, he already has an imposing build and is comfortable using his frame against smaller “big men” in the post. He was efficient around the basket and finished possessions with his rebounding ability. He didn’t play above the rim but getting up and down the floor was never a problem in the two games I saw him, even when the pace started to pick up. He will be a big man to look out for in the Gwinnett area if he maintains his size and strength.

One of the better up-and coming point guard prospects that our staff has seen in the 2022 class. He sees the court and puts immediate pressure on the defense by advancing the ball with the pass or dribble. He can make plays in the quarter court by shaking his man to get into the lane where he can finish with the mid-range jumper or floater. He is also effective at using the ball screen where he is able to red his defender and either turn the corner or pull up from behind the arc. 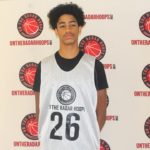 Grant is a true lead guard with a good feel for the game. He has the ability to run the team and get others involved. He has good size and can pass over smaller guards with ease. He can make the open mid-range  shot off the catch or dribble and can get to the rim on the break.  He showed the ability to pass with either hand and defend both guard positions as well. Grant is a player to keep an eye on over the next couple of years. 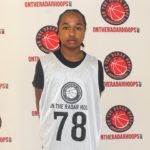 Bass impressed through-out camp with his playmaking ability. He as able to get into the lane to either score or facilitate to open teammates around the basket.  He has a very slick handle and he changes speeds very well. To keep the defense off balance he showed that he was capable of hitting the 3-point shot with regularity.

Donta Eberhardt is a contribute to On the Radar Hoops