Many of the top middle school players in Georgia and the surrounding states participated in the Junior Elite 100.

Atlanta, Ga– Once again On the Radar Hoops held another successful event this past weekend that showcased the Southeast’s Middle School talent at its annual Junior Elite 100 at Marietta High School.  The showcase featured players in the 2023-2025 classes, and as usual it was nothing short of amazing to see players at this age with the amount of skill, size, and length that was on display. 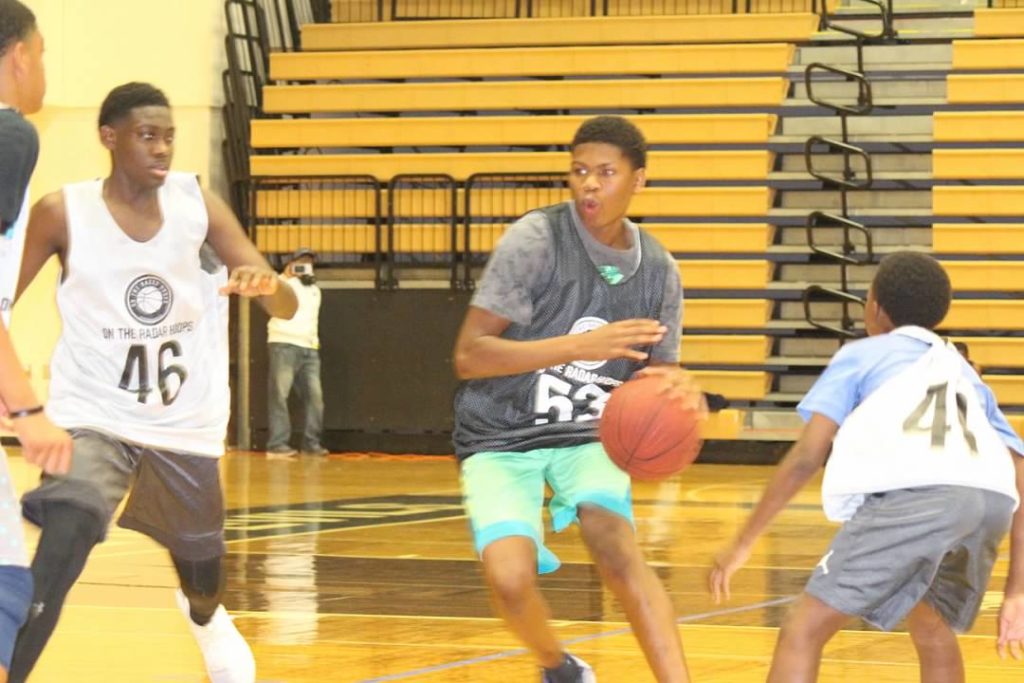 Dylan Dixon CG: Dixon was arguably the most advanced player at the camp as a 7th grader.  Standing at almost 6’2, Dixon made his mark by cutting up defenses with his handle and a powerful body.  Know one at camp was able to stop him once he got going downhill and when defenders stepped up he had no problem getting off clean shots.  He was great throughout the day at finishing through contact once he got into the lane, and with a strong pair of hands he pulled down rebounds and simply out muscled opponents for loose balls.  Coupled with some surprising vision with the ball in hand, its not far-fetched that Dixon can find himself as a big lead guard down the line.

Kymel Williams SG: Small in stature, but he plays with an aggressiveness that coaches wish all their players possessed.  Williams put pressure on opponents on both sides of the ball especially defensively where he broke up plays by digging down on the post and by being the best on ball defender on the day.  On the offensive end, he showed that he had polished moves in his arsenal which included spin moves in traffic and creating space with ball fakes and jab steps. 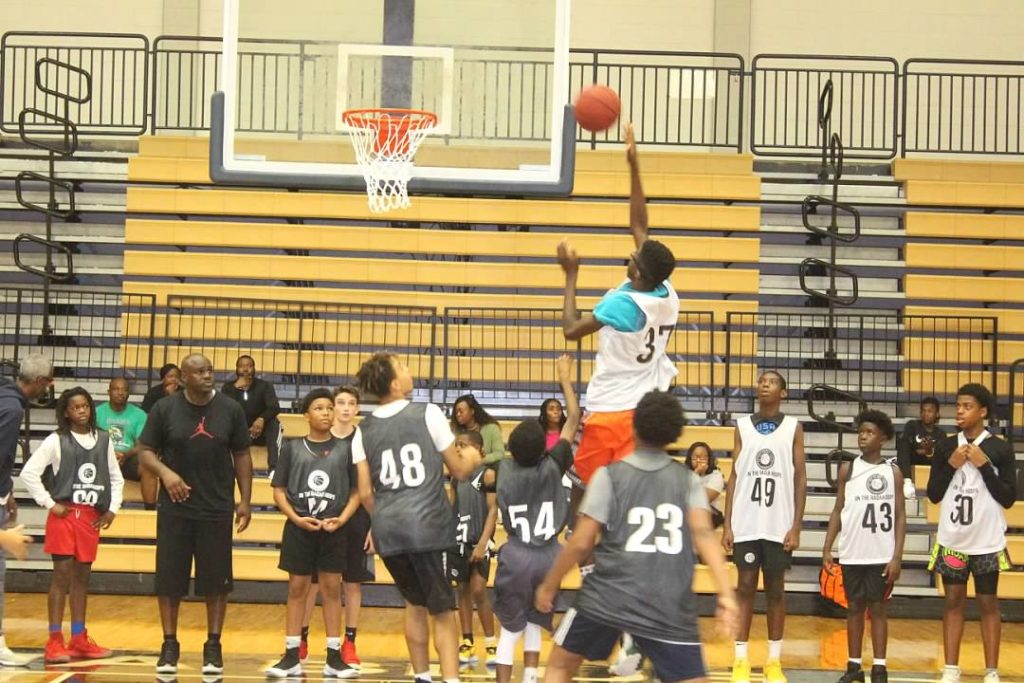 Aaron Jones C: The tallest player at the camp should have a bright future as long as he is willing to put the work in, and judging by his work ethic in the drill portion of the camp the 6’8 Jones should be just fine.  Normally players this tall aren’t exactly the most coordinated at this age, Jones picked up on things well and he payed more attention to detail than being concerned about scoring.  In true big man fashion he altered a ton of shots, sending back most of those who challenged him head on.  The 8th grader has a pair of soft hands, which will have to get stronger to prevent rebounds and passing being knocked from him but he caught the majority of passes thrown his way.  His long frame was very mobile, ran the court with no problem and Jones was able to show flashes of good lateral movement. 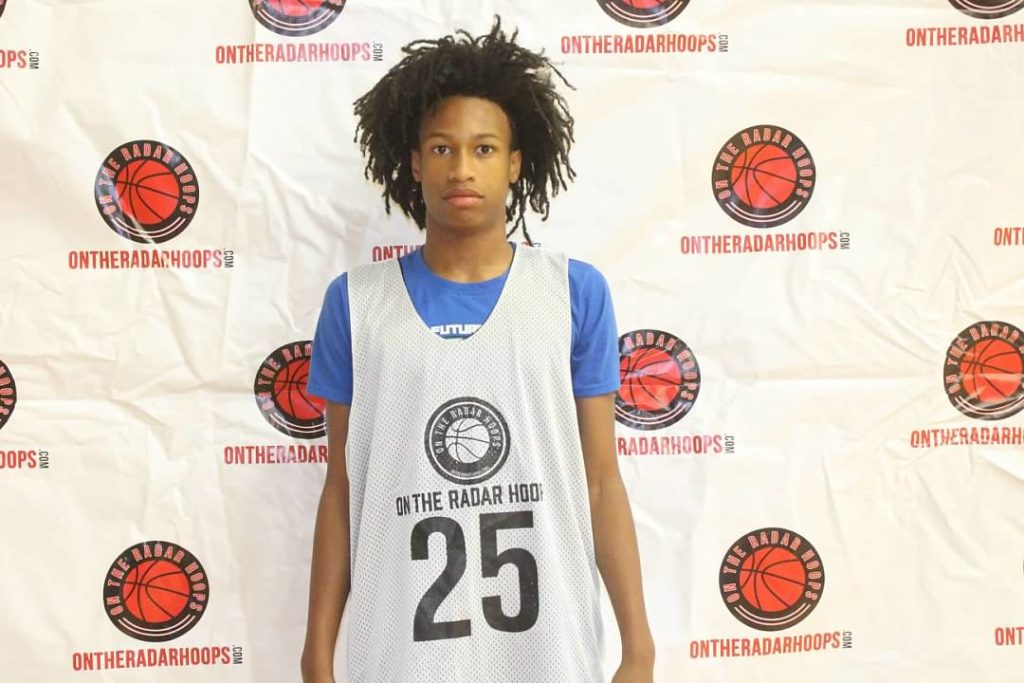 Jamari Arnold G: If anyone challenged Dixon as the camps best it was Arnold without a doubt.  A year older than Dixon, Arnold is a guard that win you games with his scoring, his ability to makes big defensive plays, and his decision making.  A very unselfish player, the Alabama native picked his spots where he dominated the competition with his natural scoring ability and quick first step.  The perfect sequence that summed up his day was when he sprinted back on defense for a block at the rim and immediately pushed the ball down court, getting into the lane and finding an open teammate for an essay score.  That’s the type of effect that Arnold had on the day.

Xavier Bell F: Big, strong, athletic is who Bell is.  Right now, I would classify him as a run jump athlete that can get to the rim on punishing drives.  A versatile forward, Bell banged in the paint, then wound up at the top of the key chasing around small guards with ease.  The active forward did the dirty work for his team, along with proving he could score the ball without using a ton of dribbles. 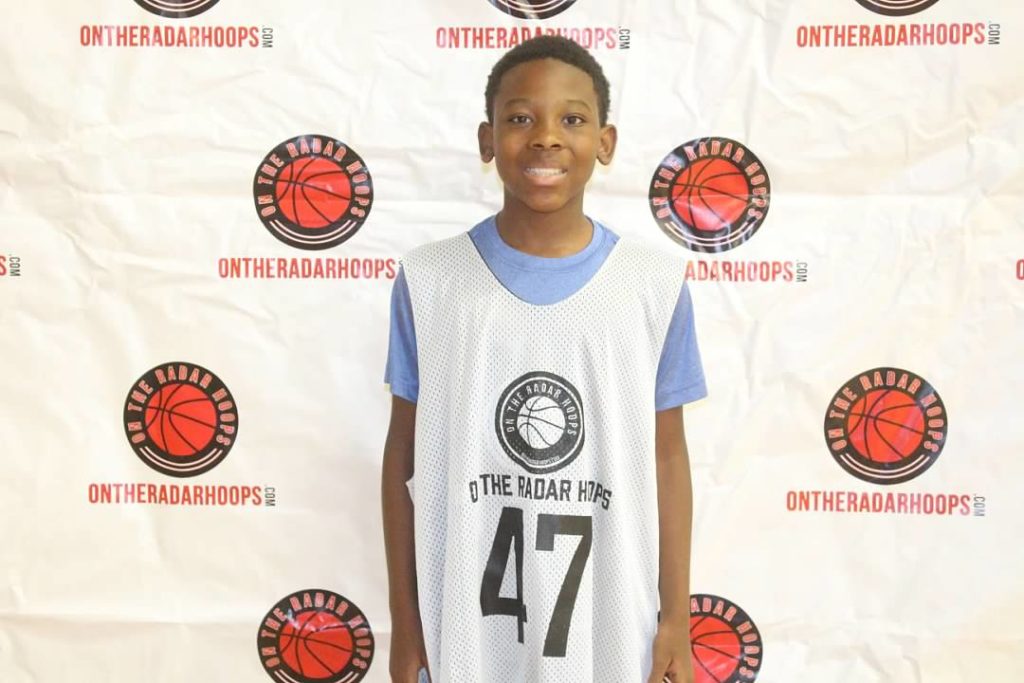 Dyson Beaty G: Beaty is a quick point guard that uses his speed to get into the paint or separation for his jump shot.He was the most consistent players on his team scoring in transition, knocking down open 3’s and creating for his teammates. He plays with extreme confidence and is fearless attacking the rim versus bigger players.