Acworth, Ga. – The Lake City Classic has set the bar three day tournaments in the Peach State. Director Marcus Hood had plenty Division One graded prospects take part in the tournament at Allatoona High School. With that collection of talent in one place, please believe that we walked away with plenty of knowledge. Here are some prospects who stood above the rest during the week.

Once again available guard Will Washington showed why he is one of the top guards in the Peach State. Washington is a scoring lead guard that pushes the ball in transition. He has good speed and quickness with the ability to get to the rim and score or drop off to a cutting teammate. He constantly probes the defense seeking out an opening to make something happen.

Programs from around the country have made their way to Milton, Georgia this season. Galloway was a pleasant surprise but more of a standout player this weekend. This super skilled combination forward has all the tools on the offense end of the floor. He seems to have the most success when he plays as a face-up 4-man that has the ability to stretch defenses due to his shooting ability, with range that extends out to the 3-point line. 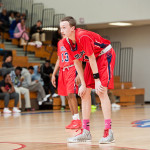 Auburn Head Coach Bruce Peal was in attendance to watch the junior guard out of Milton, Georgia. O’Connell finished with a game-high 25 points, where he showed the ability to create off the dribble and knock down the mid-range jumper. O’Connell is a player who is capable of getting on a role and making six or seven 3’s in a row.

Allen is an active, skilled forward that competes on both ends of the floor. Allen showed the ability to score on the low block and he also can take the ball to the bucket with decent quickness, especially when he gets the ball in transition and has a chance to drive it before the defense gets set. He does a good job of rebounding in and outside of his area.

Okoro is a long armed athlete that is very active. He attacks the rim in transition and can score over or around defenders with athletic scoring plays. He likes to slash to the basket and shoot the floater in the lane. Okoro is a player to watch in Georgia’s 2019 class. 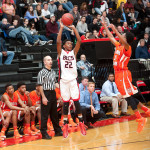 Doomes is a tough minded wing that competes on both ends of the floor. He is hungry to get to the rim where he can finish through contact. He can handle the ball and is a good passer when he breaks down the defense and draws a defender. Doomes will hit the offense glass for a timely tip in. Defensively, he can is a tough on ball defender with good hand pressure and lateral movement.

Available post Bryce Smith of McEachern (GA) is a high energy player who constantly gets a hand on the ball around the rim. Smith informed our staff that he has been hearing from several Division One programs around the Southeast, United States. 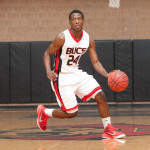 Senior guards AJ Jones of McEachern (GA) and Ephraim Tshimanga of Allatoona (GA) both displayed why they caught the attention of division one programs over the past couple of weeks. Jones, is a steady lead guard who does a good job of running the offensive and directing traffic. Tshimanga, is a strong built guard that competes on both ends of the floor. He can finish through contact and will finish above the rim on the break.