Atlanta – There seemed to be a theme at this years On The Radar Hoops Tip-Off Classic, and this years theme was unsigned seniors.  The state of Georgia has always been a place that college coaches flock to each and every year to come in and recruit, and every year there ends up being a few gems that are discovered late.  Here are a few players that will should catch some coaches attention very soon. 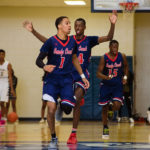 teams in the state early on.  Godfrey was the motor that made the Sandy Creek engine run, while Brewer played the role of clean up guy all night. Godfrey is my pick to make some low major Division I coach really happy when the smoke settles.  The big guard was so poised throughout the entire contest as he played both on and off the ball and proved that he has some scoring pop in his package.  Against ball pressure he didn’t flinch as he got the team into their offense and passed over the top of defenders to find open teammates.

The son Morehouse College Head Coach Grady Brewer, the younger Brewer made his mark by being the most active player on both ends of the floor.  What he lacks in strength he made up for with energy.  He was another player that didn’t force the issue, but instead he took what the defense gave him as he played out of the high post and managed to score on a number of offensive rebounds.  Although not a super athlete, Brewer displayed really good timing as he swatted away shots at the rim and was simply quicker to the ball than others when it came to rebounding.  In this day and age of reclassification Brewer could use the extra year to blossom into a hybrid or face up type forward. 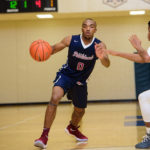 A few days before the event Murray was a player on the unsigned list that I simply couldn’t understand why his name was still on the board.  In college basketball where teams at every level are starving for players that can shoot the ball Murray could fill the need instantly.  After playing in the shadow of current Alabama freshman Collin Sexton and New Mexico signee Drue Drinnon, Murray is ready to have a breakout season.  Pebblebrook’s primary ball handler, Murray has now become playmaker in addition to sharp shooter. On the defensive end of the ball his heart and hustle takeover along with some quick feet and hands.  This kid competes, and has range for days as he shot his way to a 20 plus point outing and a win. 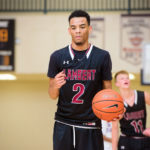 These two guys found their rhythm at the start of the contest against South Atlanta.  In a three guard lineup both Stoudamire and Mcilwain are not short on touches but the way they played off each other was a joy to watch.  Stoudemire got it done mostly by finishing plays on the break and showing his athleticism in the process.  He applied ball pressure all night at the front of Lambert’s press to disrupt ball handlers, and when his team recovered a steal or a long rebound he showed his speed when running the lanes.

Mcilwain was the offensive work horse for a Lambert team that ran away with a victory. Blessed with some long arms for his size, the senior guard uses his reach to make him a really good finisher at the basket.  He was masterful within the teams offense as he picked his spots to attack and showed his basketball IQ as he read defenders as he came off screens for easy looks. 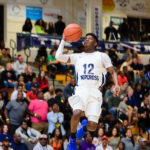 I’ve seen White play so much it feels as if he’s done an extra two years of high school, but the fact of the matter is that he’s been a contributor on a good program his entire career.  As a senior he shoulders the load for a Norcross team determined to get back to avenge last years state title loss.  Playing on his home floor, White had the hot hand in the first half as he nailed four triples from deep to get the crowd going, capping on his half and sending his team into halftime with a slick no look pass for a bucket in the halves last seconds.  Winning is an attitude and this floor general has that attitude along with that pesky defensive prowess that you see in small guards.