Chris Parks made plays both inside and out at the On the Radar Hoops Fall Showcase. Photo Cred – Ty Freeman

Atlanta, Ga – The On the Radar Hoops Fall Showcase provided the perfect stage for many regional players to display their skills to close to 40 college coaches. Here are a few senior guards that caught our eye on Saturday afternoon.

This summer Thornton caught attention from several colleges at the Elite 32 Session I and II with his ability to rebound and out hustle his opponents. This same mentality carried over to our Fall Showcase as Thornton continued to dominate around the basket. Thornton can make a 10-12 foot jumper off the catch with needed time and space. He’s athletic enough to defend multiple positions because of his length and mobility. 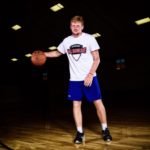 One of the top surprises of the Fall Showcase, Stanley has the ability to knock down shots off the catch or dribble. His shot is crisp with a high release and he gets it off quick. He has a high basketball IQ and knows how to move without the ball to get.

Quimby is a long and lean combo wing. He can play either small forward or shooting guard. He is a solid athlete, who has the ability to score at all three levels. He has range to 25 feet and gets good elevation on this shot. Quimby has the ability to put points on the board quick. 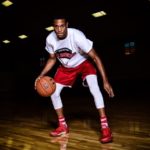 Jester is a long thin power forward that competes and works hard on both ends of the floor. He runs well and get up and down the court at a very good pace. He has a nice touch around the basket and has the ability to knock down shoots from the high post and short corner. Jester recently picked up an offer from Morehouse College.

This 6-foot-6 forward has a very nice feel for the game, really excels as a passer and when coupled with his ability to knock down perimeter jumpers, he works as a perfect fit in the high spot in high-low offensive alignments. His shooting ability will draw opposing bigs away from the rim due to the fact that he has range that extends out to the 3-point line.

He has a very quick first step to the basket and he can finish with a variety of shots, including a nice runner/floater. If the paint is cut off by the defense, he has a tight pull-up jump shot. His shot is smooth and his range extends to 20-feet. In addition to his ability to score he can find teammates for easy baskets. 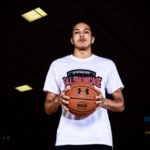 Hall is a face up forward who has the ability to transition to the perimeter. He is best in an up tempo system where he is best slashing to the basket where he can make plays above the rim or around the basket. He is a good offensive rebounder that reloads and explodes off the floor with his second and third jumps faster than his competition.