Jalyn McCreary is one of the top available forwards in the South. Photo Cred – Ty Freeman

Marietta, GA . – Some of the best players around the state of Georgia and surrounding states squared off against one another at the Super 64 Camp. A number of the top available players and multiple up and coming underclassmen worked in skill stations before competing in game play.

The coaches at Legacy Charter are going to be really happy when practice starts and they get McCreary on the court full time.  The Georgia native seemed to turn the corner from the spring to the summer months and yesterday he brought all his energy to the On The Radar Hoops Super 64.  The high flying lefty could be found over the top of the rim multiple times in every game he participated in.  When he wasn’t finishing above the rim on the break McCreary was good in the paint where he used a quick second jump to beat bigs to the ball off the glass for put backs or to snatch a defensive rebound and jump start the break with a strong outlet pass.  McCreary has already visited South Florida, with Ga. State and Murray State hard on his trail. 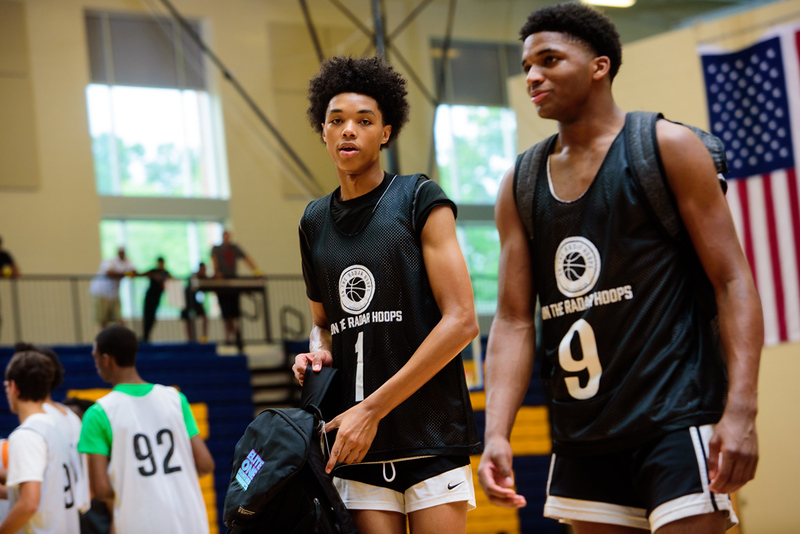 Johnson is typically the lead guard on whatever team he’s on, but he has no problem sliding off the ball and taking over the role of scorer.  Quick in the open floor with good defensive anticipation, Johnson competed in every drill he was a part of and that carried over to the opening game of the camp as he scored the first four points.  Johnson is a lot more unselfish than he gets credit for.  He found cutters after he blew by defenders at the top of the key which lead to layups.  Going forward Johnson must add some pace to his game, right now he has found success playing at one speed.  That speed served him well yesterday as a defender where he moves well laterally and he isn’t afraid at all to mix it up.  Georgia, Alabama, and Clemson were all scheduled to make a visit to his school today.

One of the more underrated players in the south attended yesterdays event and he was as solid as always.  Stone isn’t flashy but he can hurt you offensively in a number of ways.  A catch and shoot guy that can probe the defense with his dribble.  He plays at his own pace, he’s a good shot taker that can find his rhythm fairly quickly if he left alone, and he will occasionally show off some sneaky athleticism when forced to create his own offense.  Stone has already received offers from the likes of Georgetown, Kansas St., Iowa St., and Tulane.  Look for offers to continue to roll in as his game would fit a number of national programs.

Hill continues to show progress and seems to have added something to his game each time we lay eyes on him.  Yesterday the long armed wing was really active in the paint as an offensive rebounder.  His versatility will be what Division I coaches will be interested in as he could line up at all three guard positions.  The junior did a really good job of using his height advantage which included taking smaller guards in the post.  His athleticism is improving as he continues to grow, also is he willingness to become a better defender.  Down the line we could certainly see Hill in a point forward roll at the college level. 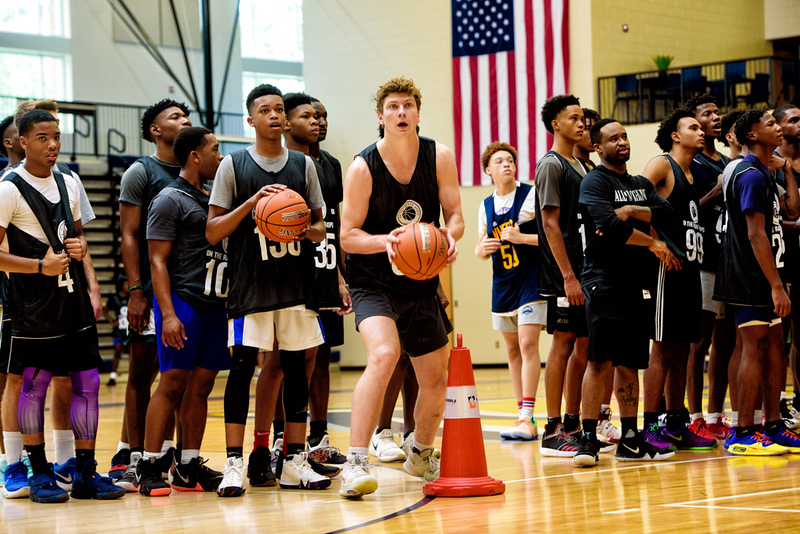 Granger should be one to watch as the we head into the 2018-2019 season.  Upon arrival we immediately noticed that Granger has dropped some pounds which in return has made him lighter on his feet and he showed that he gets off the floor easier now.  Equipped with an inside outside game, Granger’s ability to stretch the floor with his smooth jump shot should no doubt intrigue coaches to make a trip to watch him this season.  A competitive big man that won’t hesitate to throw his body around he simply out worked opponents at the showcase.

There are not many players in the junior class who have the potential and upside that James has. He is a strong and physical scorer. He can get to the rim in transition as well as in the half court. He simply power drives through defenders where he can finish at a high rate or draw the foul. James also can make mid-range shots off the catch or dribble with range to about 17 feet and can score big numbers in a short period of time when he is in the flow

Sion James @sionjames14 is a sleeper in Georgia’s 2020 class

Langlais is a skilled big forward that can score inside and out and also causes matchup problems. He has a nice back to the basket scoring package. He can also knock down mid-range jumpers to the arc and drive by less mobile forwards with ease. Defensively, he has the potential to be as good as he wants to be as his length, lateral quickness, and athleticism are all huge advantages. Overall, he is a unique talent with a huge upside.

Ademokoya is a versatile forward who presents mismatch problems for opposing defenders with his length, athleticism, and skill set. He can face and hit open 18 footers, attack off the dribble, and catch and finish on the move. He also passes the ball well out of the post and moves well in transition. He runs the court hard, attacks the offensive glass, and is good for a couple of tip-ins a game.

Howell is a confident shooter that possesses great size and strength. He has a sweet stroke, quick trigger and deep range. His size and length allow him to shoot over smaller opponents with ease. Every shot he takes looks to have a chance to go in.When Howell gets into a groove he has a chance to drain several deep three pointers in a row.

‘20 Enterprise (AL) G Dallas Howell was all over the floor during game action. 6’5” off guard finished plays in transition, defended well on the ball, and had impressive blocks. @DH_hoops2020 #Super64 pic.twitter.com/kFwJ459Tpm