Marietta, Ga. – The Tournament of Champions Classic has set the bar high for tournaments nationwide. Wheeler High School had plenty Division One graded prospects take part in the four day tournament. With that collection of talent in one place, please believe that we walked away with plenty of knowledge. Here are several prospects who stood above the rest: 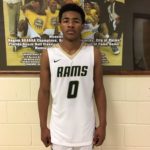 Anderson put up big numbers in multiple games helping the Rams pick up a pair of victories at the Tournament of Champions Classic. He is a scoring point guard who can also dish the ball and make teammates better. He has the ability to take over a game. Anderson can beat you in a variety of ways, rather its scoring or dishing off to his teammates.

He is a floor leader and playmaker who plays under control. He has good court vision and awareness to finding the open man when he is in attack mode. Wade can also hit the open three pointer, he has a solid pull up game and will take the ball to the basket. 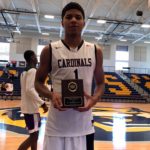 Georgia and Arkansas were in attendance last week to see the junior forward. Wood not only scores in transition but he slashes and power drives to the basket where he is strong enough to score through contact. He also recognizes mismatches and will not hesitate to post a smaller or weaker perimeter defender where can elevate over or power through him. 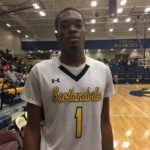 Smart is a combo-guard, but he actually looks more comfortable playing with the ball in his hand opposed to being off the ball. He has good strength and body control, which allows him to finish at the rim in traffic, He will uses the pull-up jumper off the dribble in the mid-range portion of the floor as well as knock down 3-balls when he has his feet set and shoulders square to the rim. 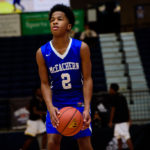 Friday afternoon, McEachern beat Wheeler High School claiming the National Division Championship. In the second half, Sharife Cooper has a mature game, he does a good job of managing his team and knows when he needs to score. He was effective getting into the lane where he could find teammates for easy baskets or score himself with a floater.

There were not too many players that has the ability to impact a game the way that St. Francis (GA) Dwon Odom does. Odom is a high flying and aggressive guard, who wants to get to the basket. He is most effective in the open court when he is able to use his speed to get by defenders. Defensively, he was effective providing on the ball pressure and jumping passing lanes to force turnovers. 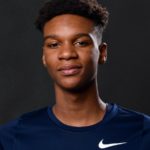 Isaiah Todd, has all the tools to be special. At 6-foot-11, his potential and upside are phenomenal as he combines size, athleticism and a good basketball I.Q. into a difficult match-up at any level. He has the ability to score inside-out showing that he is capable of sinking jumpers from the elbow or short corner. Todd was most effective protecting the paint and changing shots around the basket.