Over 125 players competed over the past weekend at the Upward Stars Combine.

Spartanburg, SC –  Some of the best players around the state of South Carolina and surrounding states squared off against one another over the weekend at the Upward Stars Combine. A number of the top available players and multiple up and coming underclassmen worked in skill stations before competing in game play. 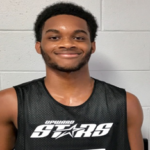 The reputation surrounding Dill was his outside shooting ability and he did not disappoint at Upward Stars Combine. From 3 on 3 action to full court scrimmage play, Dill found ways to get open and seemingly knocked down every shot that he took from behind the arc. When shots started to fall consistently, he was able to get into the lane easily and made it difficult on the defense as they would have to rotate and help the initial defender beaten off the shot fake. Dill was undoubtedly one of the better shooters throughout the camp and that shot making ability opens up the rest of his offense as well as offense for his teammates. 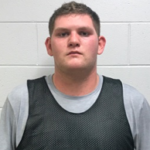 Fowler was one of the best big men at Upward Stars combine, showing his versatility on the low block as well as near the free throw line area. The south paw from JL Mann HS had the most consistent jump hook at camp, going over that right shoulder whenever he got the ball in the paint. Fowler has soft hands, handling a number of hot passes in pick and roll situations and even showed his athleticism with above the rim finishes on a number of possessions as well. He has a high basketball IQ on both ends and was an asset to his team during 3 on 3 and 5 on 5 activity. 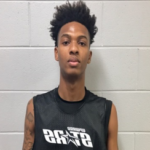 Productive plays always seemed to happen when the ball was in Cole’s hands at Upward Stars Combine. Whether he was knocking down shots, racking up assists in the half court, or moving the ball up the floor in transition he was a significant impact player in the contests I saw him in on Sunday.  The game comes naturally for the York Prep senior and while he is able to get by his defender, he does so with apparent ease. He is a smooth, high level player that makes his teammates around him better game in and game out. 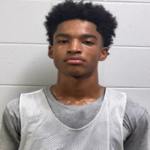 Alston had none of the tightest handles at camp and has great size and length to finish around the basket. What impressed the most about Alston was his ability to make a quick move on a defender, often with one or two dribbles, and get to the rim easily. The junior has knock down shooting ability which makes him valuable at the point guard or shooting guard position and is lightning quick in the open floor, using that speed to finish or find teammates for easy finishes. Offers should take off for Alston as he enters his first year at Nation Ford high school.

Carter Jr. showcased the skillset of a more traditional style floor general but made great decisions with the basketball all day long at Upward Stars Combine. He was another player, like Alston, that had a tight handle on the ball and made life easier on teammates. He has good size at 6’2” and showed the ability to finish at the rim with both hands. Carter Jr. is a good rebounder and a solid all around player solid prospect. 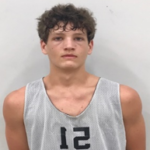 Hall is a young, skilled prospect that has a great feel for the game. A true 6’9” forward, Hall was very efficient from the 15 feet mark on in offensively. Whether it’s a back to the basket lay-up or pick and pop jumper from the mid-range area, Hall found a way to get into the scoring column during every game. He is a very solid rebounder, securing every ball that came his way and did a good job of rim running in transition once the ball was out of his hands. He is a good screener and knows how to find the open spot down the lane in traffic to convert lay-ups when the ball is dumped inside on pick and roll opportunities.

Kirby is a lanky forward with outstanding athleticism, catching one of the more impressive lobs at camp on Sunday. Rebounding, blocking shots, and making his presence felt with that leaping ability is something you can expect from him on a regular basis. Kirby’s outside shooting ability was something that stuck out in the 3 on 3 competition, showing impressive range from deep and specifically at the top of the key. Kirby plays with a high motor on the floor and has the ability the control a game without having the ball in his hands much but can hurt you when the ball is in his hands as well. 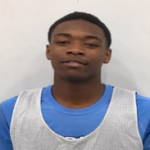 Tate is a crafty guard, showcasing great reaction skills to defenders’ initial moves, while possessing the IQ to make the right decisions once he has gotten downhill. He has  exceptional lay-up making ability and complimented that with a nice floater in the lane as well. He is a very confident player and plays with great pace not allowing defenders to speed him up when scrimmages starting to become more of a transition style of game. He was able to knock down shots and made his presence known each time out. Tate and Hall make a great sophomore combo out of Dorman high school and Tate should see offers roll in as he climbs the rankings for point guards in his class.

Jones is a big, physical forward with good ballhandling ability and used his size and strength to get into the lane and to the rim on smaller defenders. He is another player that plays with great pace, never getting out of control and is still athletic enough to throw down big times jams that was evident in 5 on 5 play later on Sunday afternoon. Jones is a good passer, anticipating and seeing cutters in the half court and making pin point passes to teammates for scoring opportunities. He can play multiple positions and that is something that separates him from most prospects at his age and size.