Scottie Lewis showed the ability to make shots as well as get to the rim off the dribble.

COLORADO SPRINGS – The USA Basketball Developmental Mini-Camp brought together the top prospects from around the country for two days of skill stations and game play. Like the play on day one, the second day was packed with highlights and competitive game play. Here are a look at some of the underclassmen who stood out:

This scoring point guard has the killer instinct on the offensive end. Anthony has good range and makes it look easy because of his strength and elevation on his shot. He can score in bunches of the catch or dribble in addition to slashing to the basket and finishing through contact. Defensively Anthony can easily defend both guard positions. He has great lateral foot speed and quick hands.

Lewis is a big, versatile wing player who knows how to use his body like a savvy veteran creating off the dribble from the wing. He showed an improved jump shot where he was knocking down shots from behind the three point line and making shots off the dribble. 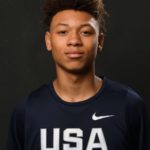 Nickelberry has proven himself to be one of the elite shooting guards in this class. He combines good explosiveness off the floor with the ability to create off the dribble or knock down shots along the perimeter. He does a nice job of distributing the ball along the perimeter but is capable of making a play at anytime. He is a versatile defender that can guard all three perimeter spots and also rebounds his position. 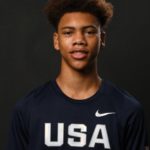 He is creative offensively; with his ability to play at different speeds and score effectively against man, zone and in transition, he consistently stretches the defense and opens up driving lanes for teammates. Whether coming off screens, dribbling off ball-screens, or spotting up Springer has a soft stroke with good range. 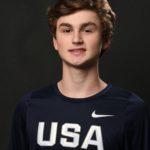 McCorkle is a crafty guard that has plenty of sauce in his game. He has a crisp shot with a high release and he gets it off quick. He has the ability to stretch the defense better than most, when he gets hot he can reel off several three pointers in a row. He has a high basketball IQ and knows how to move without the ball to get open. Iowa, NC State, and Georgia Tech have already offered McCorkle who recently visited NC State and Duke. 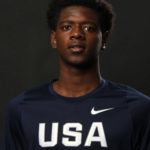 Blackwell is an aggressive wing that has a strong body and is very athletic. He attacks the rim in transition and get to the rim in the half court with quick slashes to the lane. He is a good rebounder on both ends and can rebound and score in a crowd on the offensive glass.