Bobby Moore was on of the most dominant players at the Junior Elite 100 Camp.

Atlanta, Ga -Throughout the Junior Elite 100 Camp there were a pair of big wings and guards in Danny Stubbs and Booby Moore that commanded attention every time their teams stepped on the court.

Moore may have had the most dominating performance on the day which he capped off in the Top 20 game where he showed those in attendance that he could put it all together and be a threat from various spots on the floor. When the big bodied wing got rolling downhill he was virtually impossible to stop since he was by far stronger than whoever he was matched up against.  His aggressive style of play allowed him to flourish on both ends of the floor.  Intimidating blocks, fierce rebounds, and a bulldozing style when he slashed to the basket allowed for him to put a bunch of points on the scoreboard.

As for Stubbs, his name was already known among circles in this age group and his play didn’t disappoint. In the half court set Stubbs picked his spots, when to look to score, making good decisions and not passing on open shots.  He is a good passer and doesn’t allow the defense to speed him up. With a steady handle, he weaved his way through defenses in transition and was consistent on the offensive glass coming away with a handful of tip ins. Stubbs is a prospect to keep an eye on for years to come.

White was of the better shooters at the camp. He has the ability to shoot off the dribble or catch and shoot off a screen. During full court play White knock down four 3pointers from NBA Range. 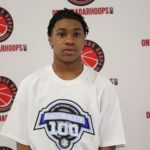 Evans is a lefty that has great athleticism. He played hard and competed on both ends of the floor.

Mincey is a willing passer that has great court vision. He is a left handed guard that loves to attack right. He made his post players cheerful by attacking the rim, drawing the defense in, and passing them the ball for uncontested layups. 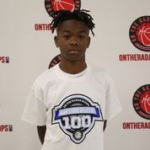 Reeves is very long and lanky guard. He did a good job using his long arms to deflect passes.  He was also able to use length to get his shot off over some of the bigger defenders.

Wingfield is lefty point guard that always has his head on a swivel. When he attacks the basket he can dish the ball out to find open teammates or he can finish with a floater with either hand over defenders.

Standing at 6-foot-4 he is very versatile. McGhee was able to pull the bigger defenders out on the perimeter and use a combination of dribbles and quickness to blow by them. He also showed that he can use his size to post up smaller players. 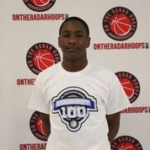 Smith showed great attributes that you would want in a lead guard. He showed great leadership, a good attitude, and did a solid job in every drill. He also did the little things such as talk on defense and dived for loose balls.

One of the better shooters in attendance in the fall of 2016 for the Rising Star Camp. Bowen showed that he could create for himself and others in the half court. Once in the paint he made good decisions either dishing to teammates or connecting on jumpers from the mid-range area. 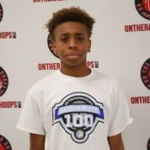 He continues to get better at a rapid rate and shows no signs of slowing down. He has good size for the perimeter and has developed a versatile offensive arsenal. Floyd, is a crafty guard that was effective attacking the basket where he finished with a floater or dropped off the easy assists to teammates.

A skilled, young guard, Battle has a good shooting stroke from behind the arc as well as off the dribble and a good understanding of how to create space in the mid-range area. 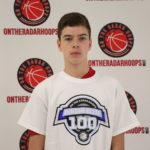 Peacock has a good feel for the game, he moves well without the ball. He showed that he was capable of hitting jumpers from the short corner and high post. 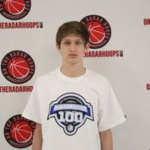 Garabadian is a confident shooter that possesses good size. He has a sweet stroke, quick trigger and deep range. He size and length allows him to shoot over smaller opponents with ease. Every shot he takes looks to have a chance to go in.