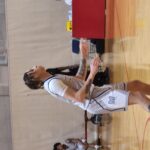 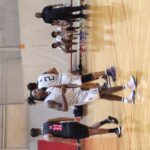 SUMMARY: We’re capping our Impression-Makers at 3 per team, but this team features Mason Lockhart as well in what is going to be very entertaining, and hopefully leads to more offers for these talented seniors. Lewis looked really sharp and really comfortable handling the point, the likely destination for this A+ athlete at the next level. Harrison was just plain torrid in spots with the shooting, and I love his lift as a rebounding guard at 6-4 and ability to fly to the basket as well. Evans hasn’t missed a beat from Druid Hills’ terrific season, the 6-6 forward’s a tireless worker in close at both ends and has been showing off more of his rim-protection of late. All 3 guys and Lockhart are clear and definitive casualties of the new recruiting landscape, but absolutely can be significant contributors to a next-level program. 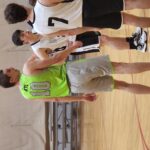 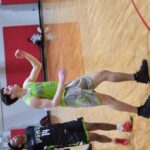 SUMMARY: Another intriguing roster for group 2 with the T’Wolves, also featuring unsigned 2022 Grant Moore and sleeper 2023 forward Grant Erickson from a surprise Marist team this year. Reisman though always steals the show for me, as an evaluator who tries to look at the whole package in a player, he seemingly always fits the bill from the guard spot. Now even more physical than years past, he can do it all playing the 1 or the 2. Davidov was on fire scoring it most of the weekend as the sniper loves to get his looks and is quick to catch and release. He’s setting himself up for a big senior campaign with what’s sure to be another tough and feisty Denmark bunch. Thomas too has designs I’m sure on making his final season next winter a big one for a King’s Ridge team that will be right back in the championship mix, so this summer his ability to play some very effective PG as a facilitator together with a body built for downhill contact makes him one of the summer’s more versatile junior guards. 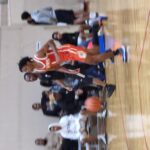 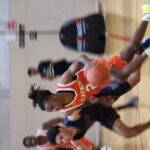 SUMMARY: This team is going to flat-out steamroll some folks with all the talent they’ve compiled, Lewis Covile, Brycen Blaine and BJ Djibo among some of the others on this roster as the Canes across the board to no one’s surprise were among the most impressive organizations at The Opening. Rideout playing with this group is a genius move, both for him and the Canes, as his style of play melds anywhere and can help his own cause with his big-time shot-making or his teammates with his advanced play as a lead guard. Lewis has been on the move since his North Atlanta team completed its season, and the 6-1 guard too will benefit on a team this talented as he’ll get great chances and create plenty of his own with his athletic work off the bounce. Cambridge was all over the place, that it seems his M.O. the last 2 seasons with Kell, as the hybrid G/F can be your dirty work guy around the basket or be a bucket-getter from multiple ranges. 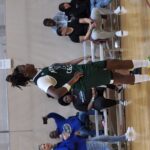 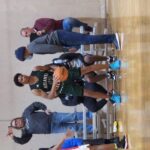 SUMMARY: This Celtics iteration is a mixed bag of familiar faces over two classes, as 2022’s such as Buford’s Jaylon Taylor, Westlake’s Jalal McKie and Eagle’s Landing’s Fabian Desilva were with the group. Kenny Brayboy, also of Eagle’s Landing, is a 2023 to watch on this team as well as Eagles teammate Thomas, he being simply one of the best guards in the state, a player who again when I watch him have a very hard time finding a weakness. So powerful, so quick, so smart, it’s the full package at both ends. Pebblebrook’s Bell I think is set to make a big charge this summer, he’s got bullish tendencies in the backcourt at 6-4, but there’s deceptive quickness and a lot of moxie on the floor that I like. Lanier is a deluxe scorer who as a star football player as well glides along the floor when needed but can show the power guard game when he wants to push it inside. A great stroke from distance, he can get up over you at the rim too with some serious vertical. This should be a fun team if they keep them together. 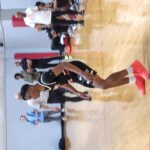 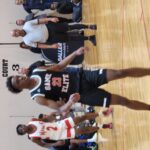 SUMMARY: Playing a 17U schedule throughout the weekend did little to slow this impressively talented group. Brown continues his skyrocketing ascent up rankings boards and in the minds of any evaluator who has both eyes open. He’s just so explosive with the ball, surging past defenders into traffic, covering the length of the court seemingly in a flash, and rising up at the rim like a player much bigger than his 6-2. He had a monster sophomore year at Walker and the sky is the limit going forward. Same can be said for Wilkinson, although his is a more cerebral game, not quite old school per say because he too is a superior athlete, but the way he can dissect you and kill you at all levels is both fun and advanced. Add to that a power-packed frame he’s clearly put the work into, and it’s easy as well to see why his ascension is so notable. Just walking from court to court is an intimidating sight when tracking the 6-11 Marshall, the Kell sophomore is looking better and better each time out. The footwork is on the come and the comfort level with swarms of defenders around him continues to show increased poise. This summer will prove fascinating as he both extends the shooting range and adds more in-close variety to the slam dunk game. 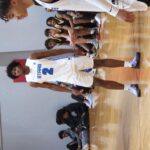 SUMMARY: The Stars always put a super-competitive product out there, but it’s borderline unfair to have these 3 guys playing together. They shot, flew and defended like few other trios all weekend long, with Carr as usual often stealing the show with high-flying antics that never fail to bring the house down. He’s bigger at 6-7 now, stronger for sure, but hasn’t lost any of the incredible movement he has out there, and even if you know he’s going left, good luck either staying in front or weathering the dunk to come. Jordan looked focused and determined, and with such a varied game he can be flat-out dominating whenever he sets his mind to it. He has that great mix of power and finesse that comes from a combo of great genetics and hard work honing his craft. Hamilton plays third fiddle only because of the pure excellence of the prior two, but he’s no one’s third wheel after a season for Cumberland Christian where he and his Patriot teammates were all over town playing a tough schedule, and Hamilton emerged as a high D1 talent with all the tools to be a star college guard.