Let’s start with 5 from the Peach State (high school in parentheses). 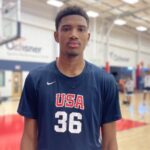 For our latest look-in on Page, see http://ontheradarhoops.com/june-impact-players-7a-2023s-part-1/

Near the entirety of the 2024 Game Elite team could be on this list as the likes of CJ Brown, Jeremiah Wilkinson, Josh Hill and 2025 Caleb Holt could all be considered here with honors, easy to see though why Marhsall remains one of the country’s fastest risers as he’s garnering national attention and not just for being a dominant physical force at 7 feet, the footwork and hands have come light-years from his burst onto the scene last summer moving over from Norcross to Kell, with still 2 more seasons to hone a skillset that goes beyond close quarters dunking and on a Kell team in particular this coming ’22-23 that has state title aspirations, should be a thrilling ride in the ATL-Metro for the big post man. 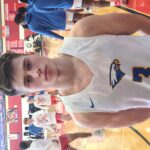 The results on the floor coupled with the subsequent level of interest from D1 schools have begun to dispel the size debate that has swirled somewhat around Georgia regarding the uber-talented PG, time to put that to bed and focus on the sterling play on the floor from one of the hardest working prospects we’ve seen in the class, a true multi-level threat in the classic sense the quickness with the ball combined with a tight handle that seamlessly moves from one hand to the other can leave defenders grabbing at air, elite-level shooting distance means he has to be marked closely but that comes at the risk of being blown by, his on-the-mark passing isn’t talked about as much but that too fits a future D1 floor leader’s profile. 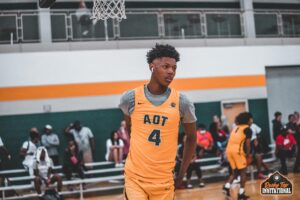 There haven’t frankly been too many scenarios this spring where Bailey hasn’t been the most naturally gifted player on the floor and that stems back to a pre-freshman year summer in 2020 where he was spectacular outclassing everyone in his class while still playing in Tennessee, fast forward 2 years and not only has little changed but the gap between him and a good deal of his peers has widened as his natural physical progression has only unlocked more of his arsenal as he plays a true 2 (and often handles the point) at a blistering and long 6-foot-7, it seems unlikely he’ll play a ton of PG for the Indians with young up-and-coming 2025 guards Rhys Cotton and Christian Curl both coming off strong frosh campaigns so catching it all across the floor will allow him to show the full gamut of perimeter and interior scoring ability that has universally seen him rise to the top of 2024 rankings boards for Georgia. 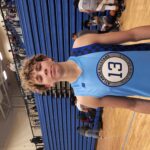 Playing on an exciting and dynamic All-Stars team that features Rechsteiner as well as top riser Brigham Rogers (to be featured in a later piece) Elliott has been able to carve out his own place after landing at St Pius last year, the body and measurables are tantalizing enough and when together with what is a fleet-footed and high rising full-court package it becomes clear why he makes this list, seeing him get out and run with the All-Stars guards is a good look at his likely style both next year with some new Pius faces handling the rock but also for whatever program he lands with, the good lateral movement means he can be a versatile defender for you and the back to basket stuff is there but will be something a college staff can really attack and turn into an even larger weapon.